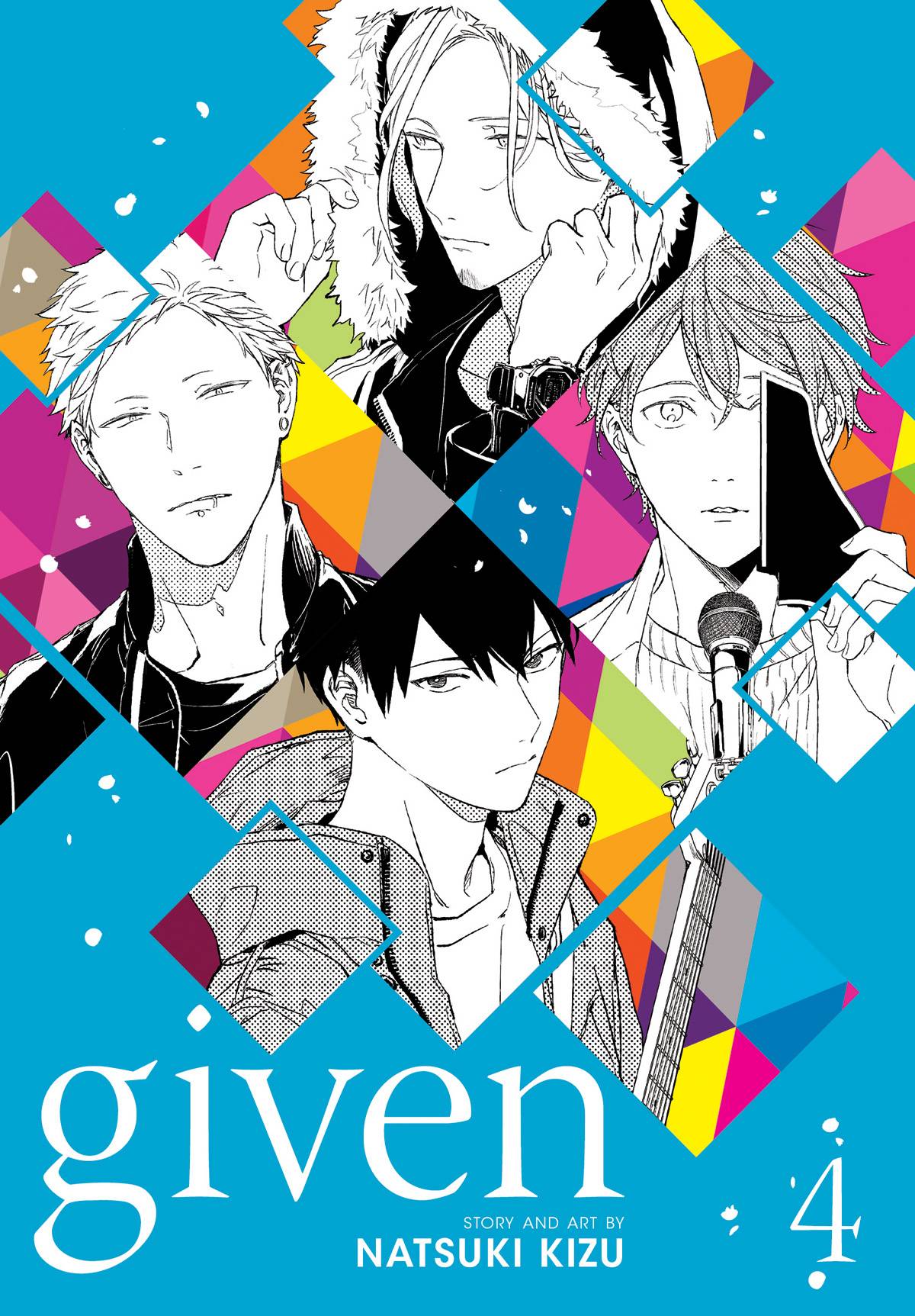 #
SEP201657
(W) Natsuki Kizu (A/CA) Natsuki Kizu
Sometimes a song can save your life.
Love of music unites the four members of the band Given: hotheaded guitarist Uenoyama, playboy drummer Akihiko, gentle bassist Haruki, and Mafuyu, a singer gifted with great talent and burdened by past tragedy. Their struggles and conflicts may drive them apart, but their bond to the music-and to each other-always brings them back together again.
As the band focuses on preparing for music festival tryouts and creating new songs, Haruki grows more and more intimidated by the talents of younger members Mafuyu and Uenoyama. Worried that he's holding them back, he accepts his ex-girlfriend's request to play in her band. Meanwhile, Akihiko realizes that Haruki has fallen in love with him, setting the stage for a major blowup between them.
For readers ages 16 and up.
In Shops: Nov 11, 2020
SRP: $12.99
View All Items In This Series