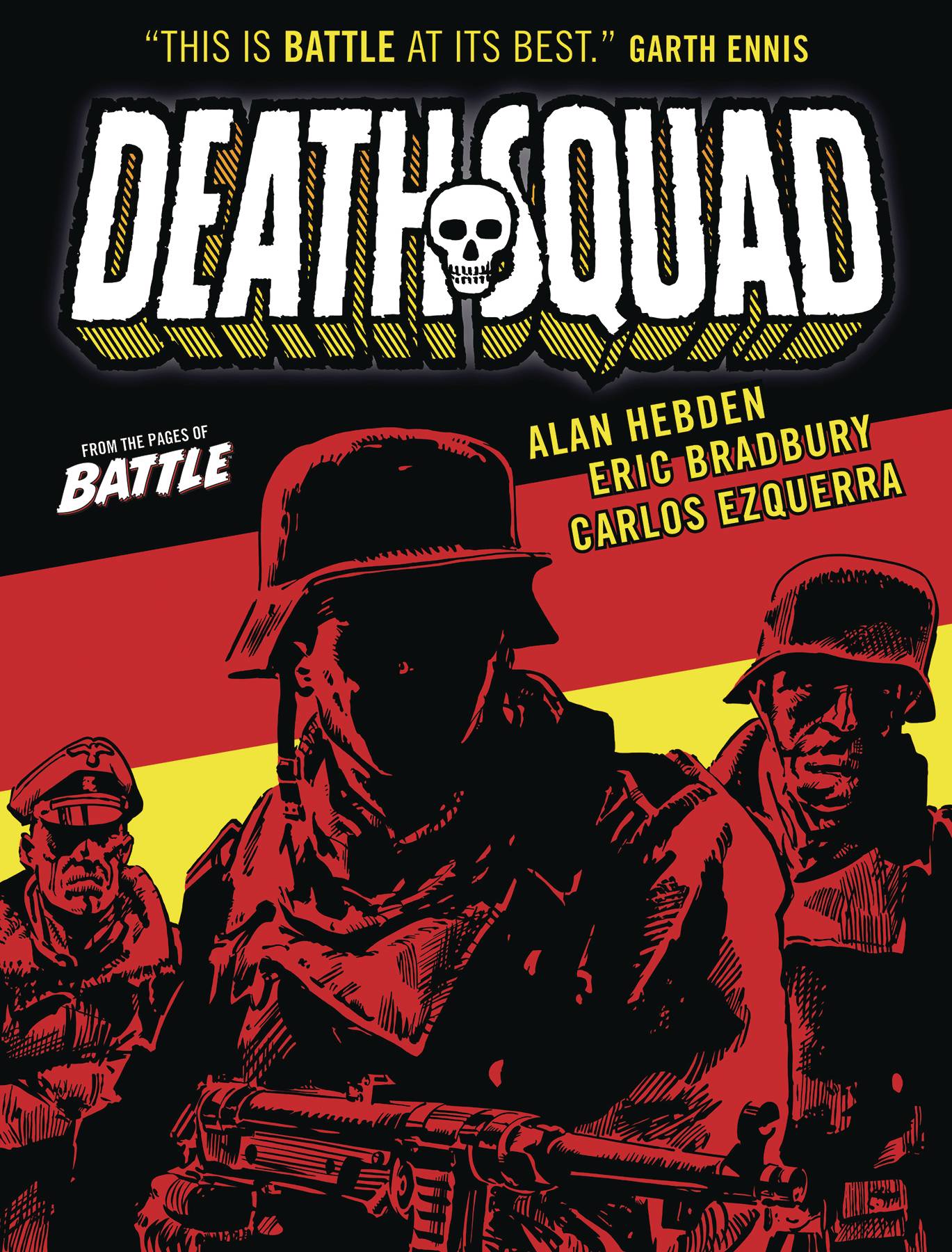 #
SEP201391
(W) Alan Hebden (A) Carlos Ezquerra, Eric Bradbury
Meet the deadliest band of fighters on the Eastern Front! During World War II the Eastern Front was hell on Earth. German Punishment Battalions were thrown into the thick of the conflict where they were expected to fight well and die hard. In these harshest of conditions only the strongest warriors survived. Enter the Death Squad - Grandad, Swede, Licker, Gus, and Frankie. Alone they were failures and outcasts, but together they were one of the most formidable combat units the Soviets ever faced!
In Shops: Nov 25, 2020
SRP: $19.99
ORDER WISH LIST