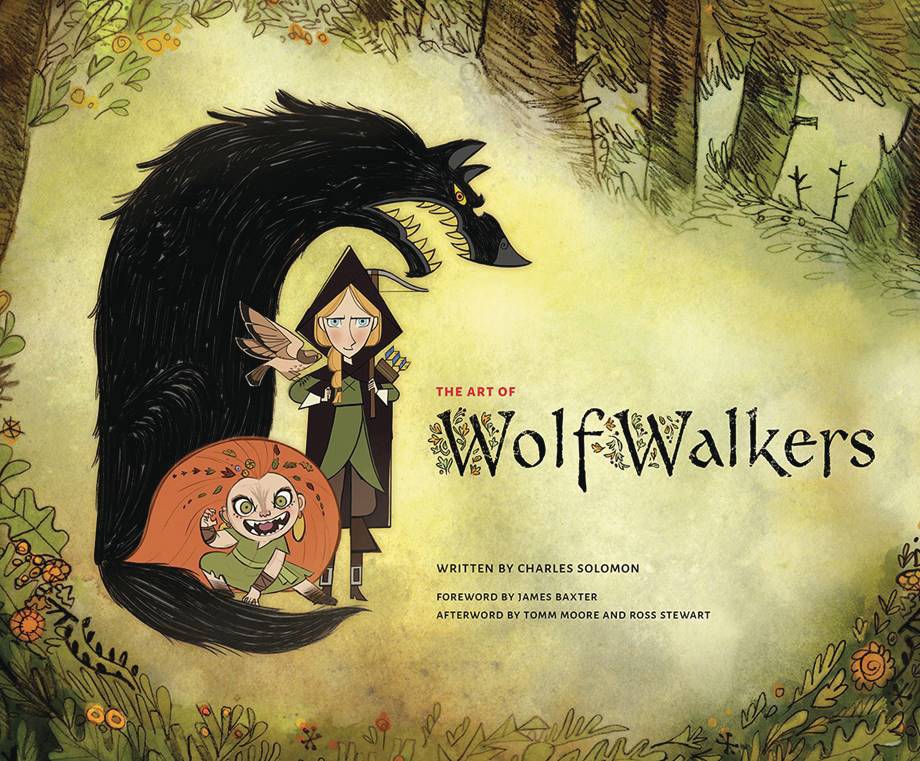 #
SEP200984
(W) Charles Solomon (A) Cartoon Saloon
Cartoon Saloon, the Irish animation studio behind the Academy Award-nominated
films The Secret of Kells (2009), Song of the Sea (2014), and The Breadwinner
(2017), returns in 2020 with its latest feature, WolfWalkers, coproduced with Melusine
Productions and directed by Tomm Moore and Ross Stewart. This mythic tale tells the
story of a young hunter named Robyn, who, while tracking down a pack of dangerous
and wild wolves, is transformed into the very thing she and her father have been
seeking to destroy. Filled with exclusive hand-drawn sketches, paintings, interviews,
and digital renderings that showcase Cartoon Saloon's unique artistic style, The Art of
WolfWalkers takes fans behind the scenes of one of animation's most celebrated
studios.
In Shops: Nov 04, 2020
SRP: $40.00