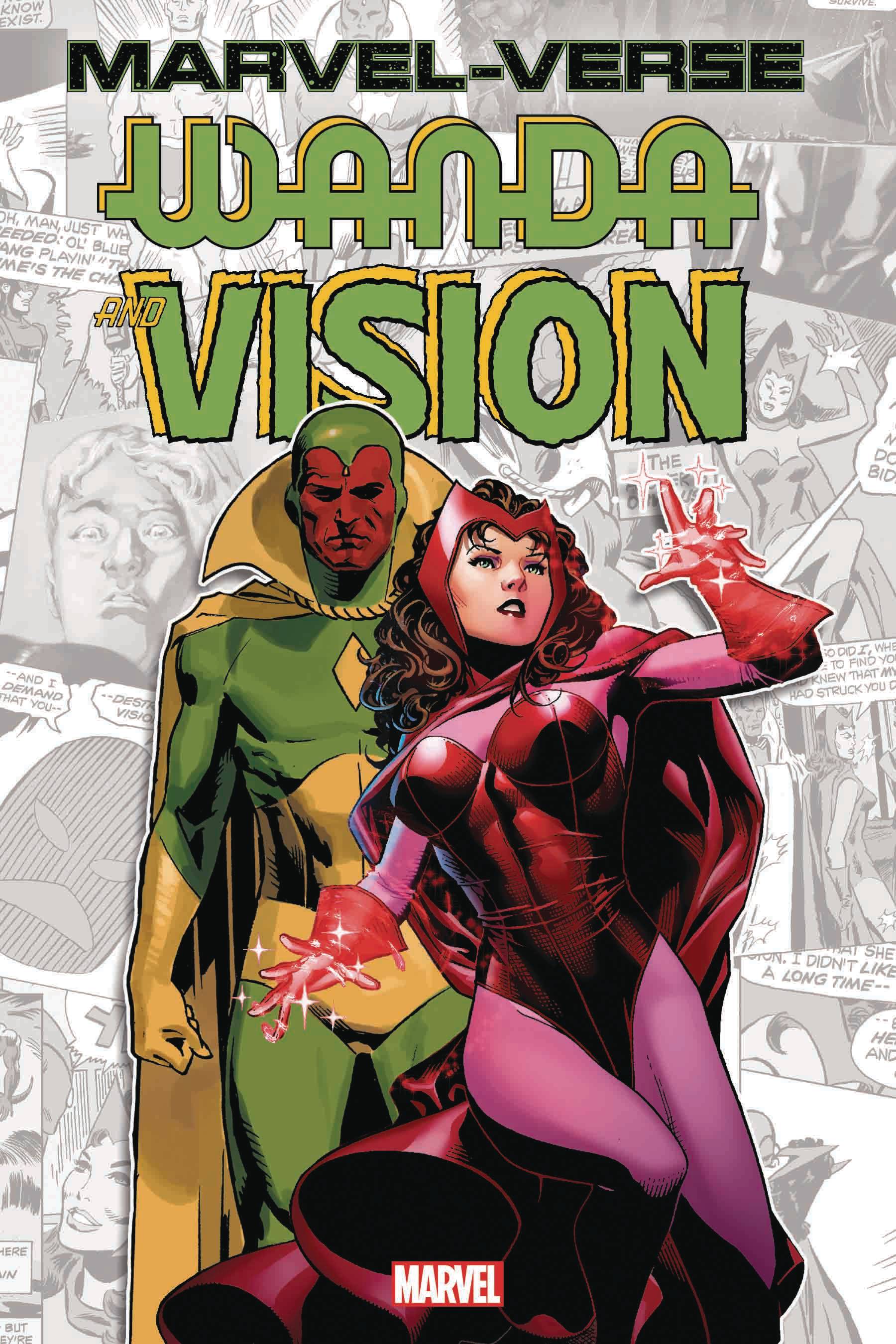 #
SEP200756
(W) Kyle Higgins, More (A) Stephane Perger, More (CA) Daniel Acuna, Jim Cheung
These two mighty Avengers shared one of the greatest romances in the entire Marvel-Verse! They are the synthezoid Vision and the reality-manipulating Scarlet Witch - and these are some of their most action-packed adventures! First, the Vision is unleashed on the Avengers by his "father" - the evil android, Ultron! Vision's control of his density makes him a formidable opponent, but his inner nobility soon sees him turn on his inhuman creator! Joining the team, Vision soon finds love with Wanda Maximoff, the Scarlet Witch - and their far-out wedding is one of the greatest Avengers stories ever told! Wanda and Vision make one heck of a team - but even with Spider-Man by their side, can they defeat the dark sorcerer Necrodamus? Collecting AVENGERS ORIGINS: VISION, GIANT-SIZE AVENGERS #4 and MARVEL TEAM-UP (1972) #129-130.
112 PGS./Ages 10 & Up
In Shops: Dec 23, 2020
SRP: $9.99
ORDER WISH LIST