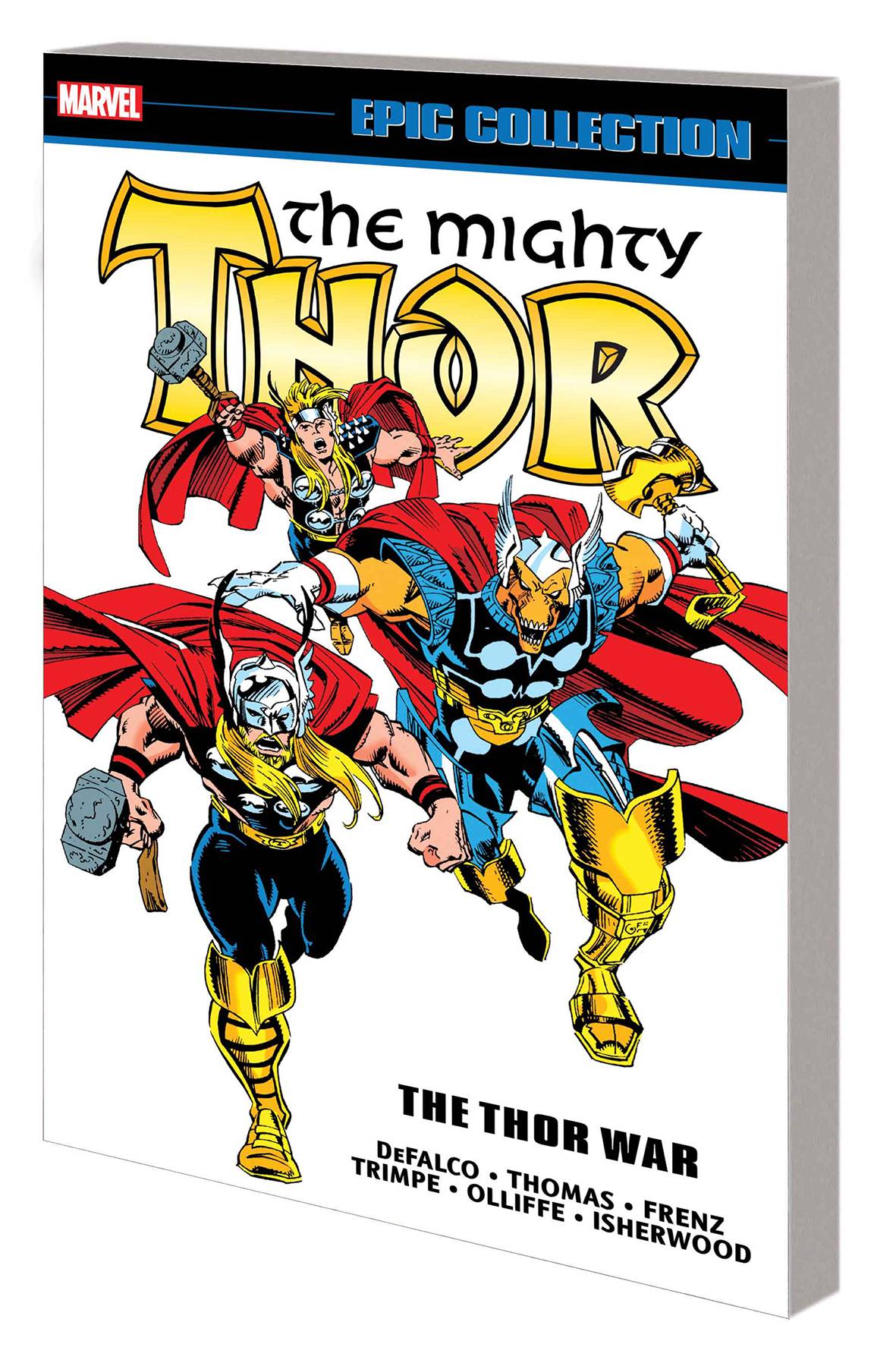 #
SEP200744
(W) Tom DeFalco, More (A) More (A/CA) Ron Frenz
Thor Corps unite! Eric Masterson is still settling into his role as the replacement Thor - and Hercules' "training" isn't much help. Will Eric be able to keep up when he joins forces with Beta Ray Bill and Dargo Ktor, the 26th-century Thunder God? Zarrko the Tomorrow Man may be more than even they can handle when he plucks a cadre of classic Thor villains out of the timestream to join him - including the scheming Loki! Meanwhile, Balder and Sif search for the real Odinson. When Dr. Donald Blake returns, could it be a clue? And why is Eric Masterson heading into Hell itself? Plus: Operation Galactic Storm takes Thor into space! Dargo meets the Guardians of the Galaxy! Thor battles Absorbing Man, Titania and...Spider-Man?! And the deadly debut of Bloodaxe! Collecting THOR (1966) #437-450 and ANNUAL #16-17.
472 PGS./Rated T
In Shops: Dec 09, 2020
SRP: $39.99
ORDER WISH LIST