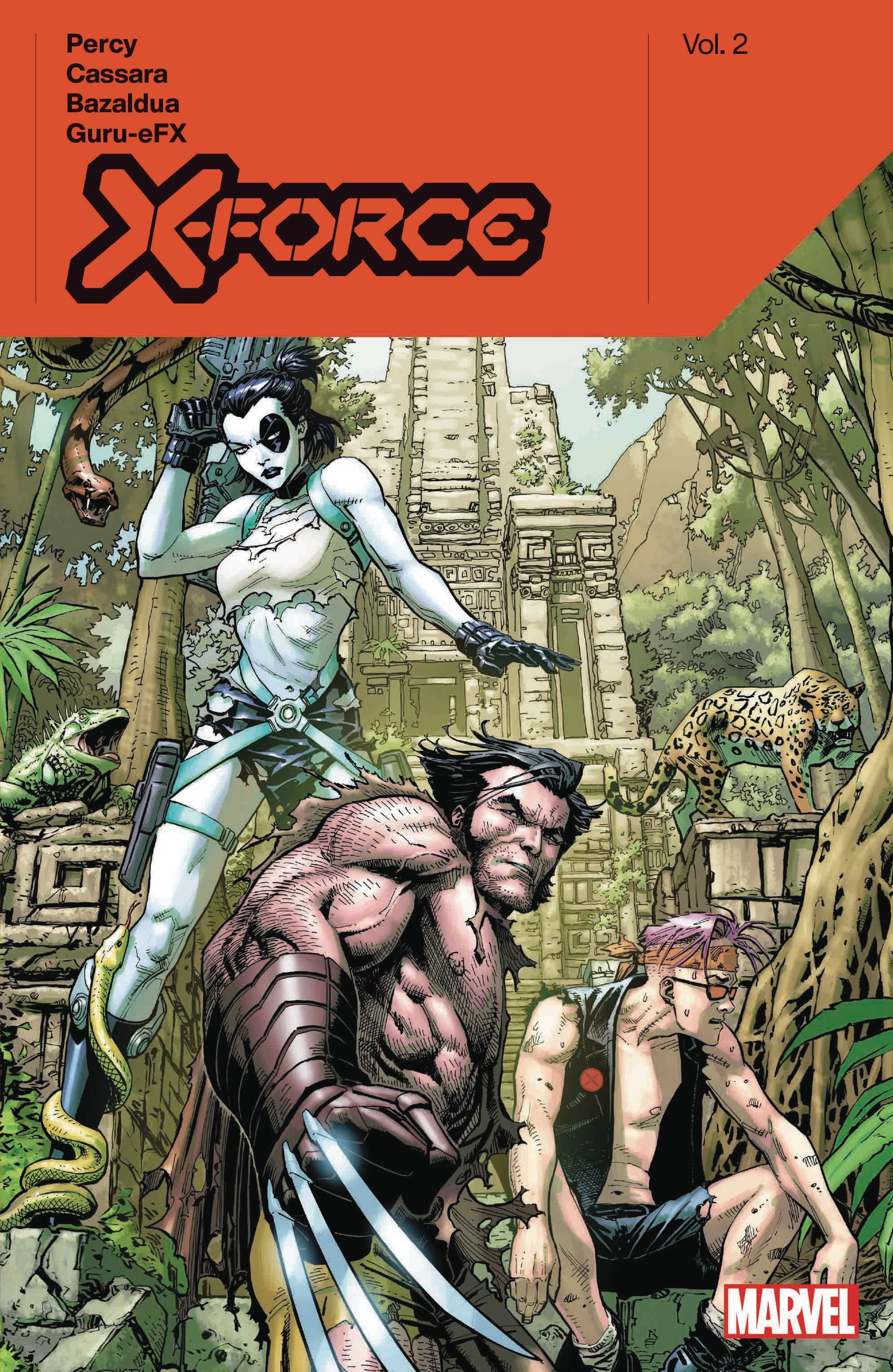 #
SEP200742
(W) Ben Percy (A) Joshua Cassara, Oscar Bazaldua (CA) Dustin Weaver
The first drumbeats of war begin to sound! Ever since her injuries at the hands of the mutant-hating Xeno group, Domino's luck has been changing...for the worse! Can she track down the source of her misfortune before it costs mutant sympathizers all over the world their lives? And has Colossus, who has suffered traumas of his own, healed enough to help her - or even himself? Elsewhere, in the heart of South America, X-Force finds a growing problem that threatens to destroy everything they've built - and one of their own might be responsible! Logan soon brings back valuable intel to X-Force: The non-treaty nation of Russia is working to undermine Krakoa and may be aligned with Xeno! Will Colossus side with Krakoa or his compatriots? Collecting X-FORCE (2019) #7-12.
144 PGS./Parental Advisory
In Shops: Dec 09, 2020
SRP: $17.99
View All Items In This Series
ORDER SUBSCRIBE WISH LIST