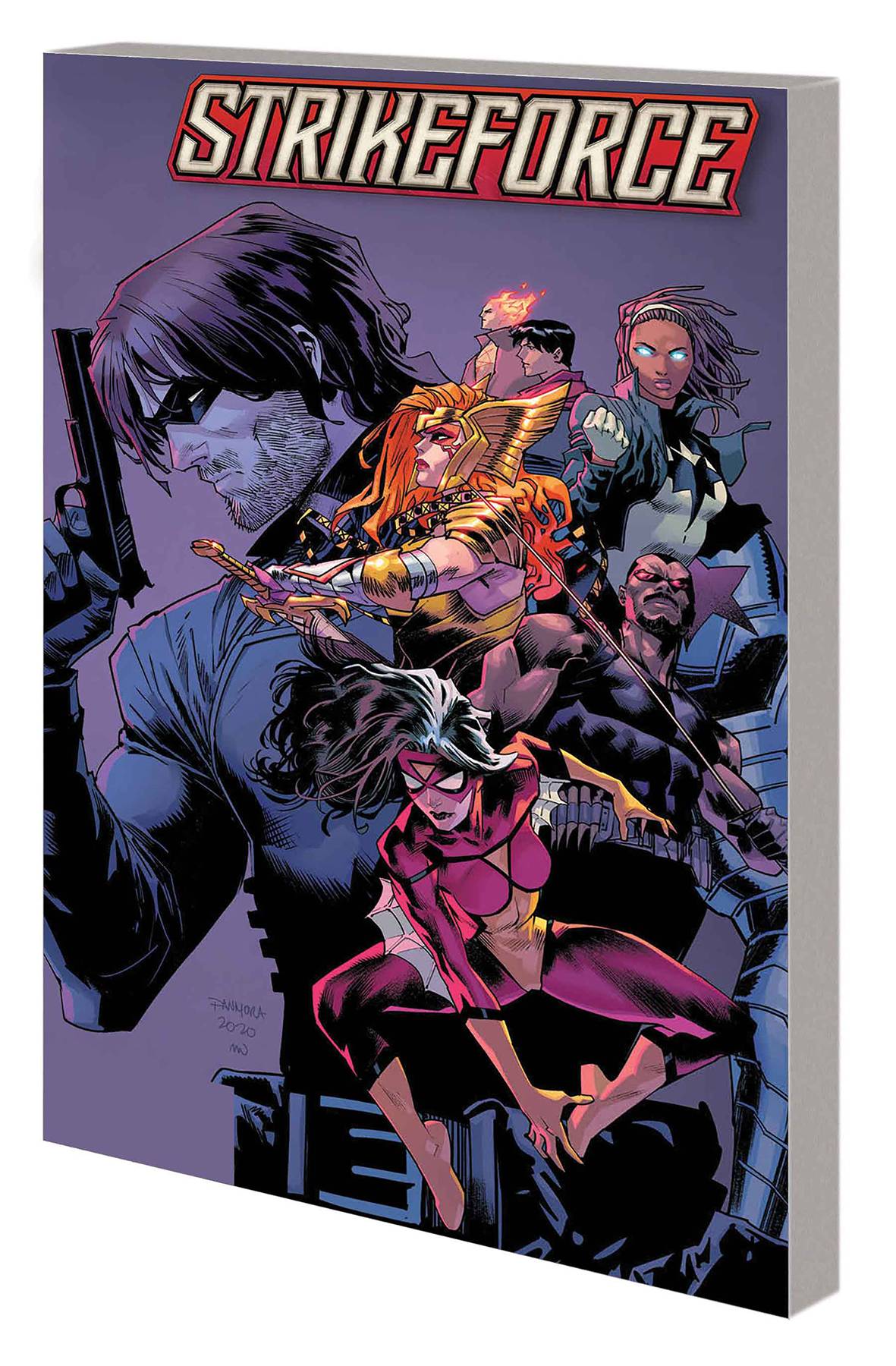 #
SEP200739
(W) Tini Howard (A) Jacopo Camagni, German Peralta (CA) Dan Mora
Can this team of misfits stay together long enough to complete its mission? Strikeforce must contend with the menace of Moonstone, A.K.A. the psychotic psychiatrist Karla Sofen! But what does a manipulator of minds want with a hospital full of the dead and dying? Then, where death goes, Deadpool soon follows! With hundreds of shape-shifting Vridai sneaking their way through Midgard, Strikeforce is the only one who can stop them - and that brings Blade and his allies to King Deadpool's Monster Island! For Angela, the battle gets personal as the one-time Queen of Hel faces off against the Queen of the Vridai! But who will enter a death match of no-holds-barred sports entertainment? Collecting STRIKEFORCE #6-9.
112 PGS./Rated T+
In Shops: Dec 09, 2020
SRP: $15.99
View All Items In This Series
ORDER SUBSCRIBE WISH LIST