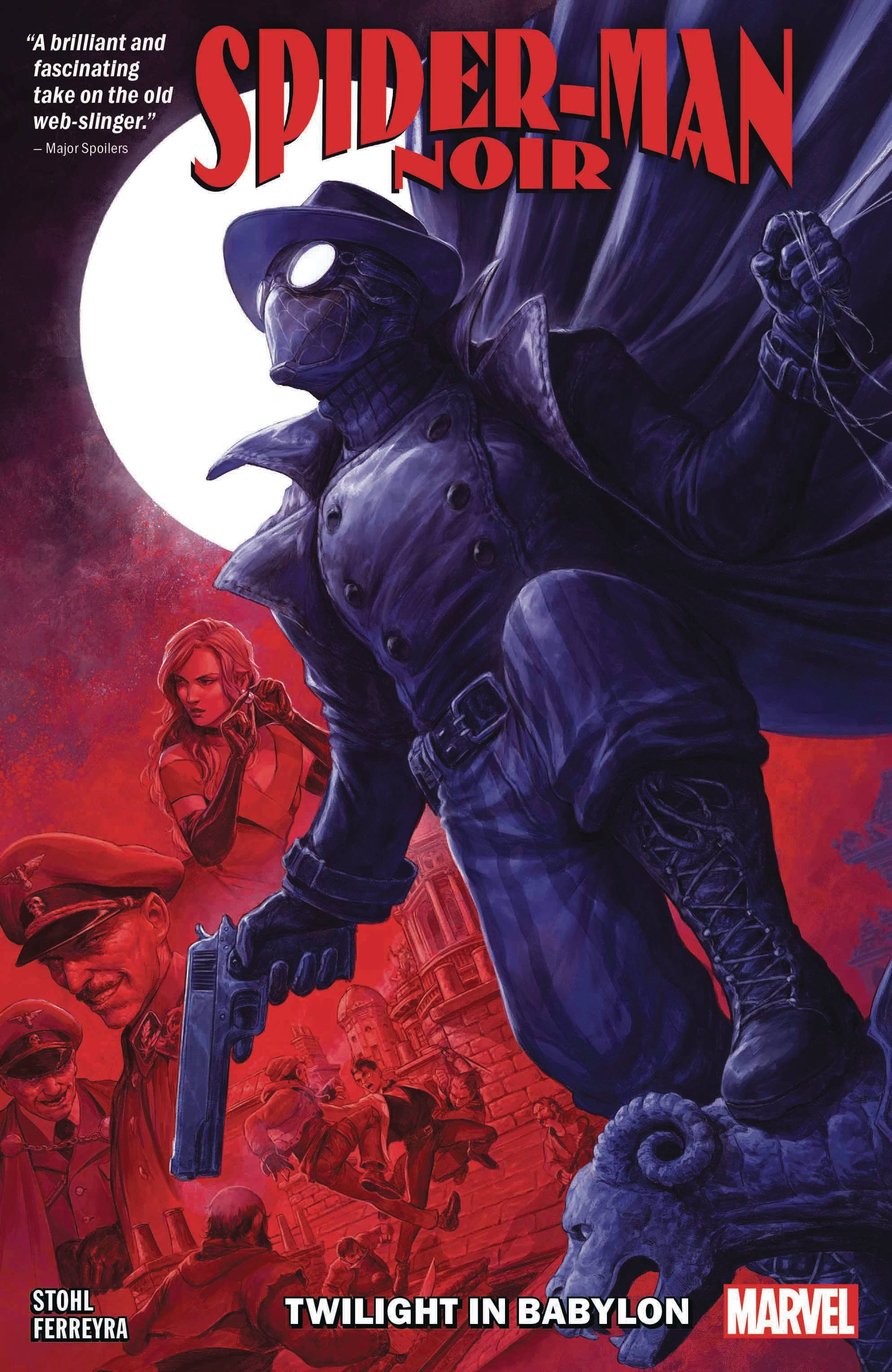 #
SEP200736
(W) Margaret Stohl (A) Juan Ferreyra (CA) Dave Rapoza
Murder and mystery in the Mighty Marvel Manner! Dateline, 1939: As the specter of war looms on the horizon, a very noir Spider-Man fights the good fight at home. But when there's a murder at the Black Cat Nightclub and all clues point overseas, Spidey will have no choice but to board the next flight to Europe! After months of searching, the Nazis have discovered an ancient evil in a dig site on the other side of the world. And scrappy young reporter Peter Parker soon finds himself torn from his friendly neighborhood and thrust into the international action! Unsure who he can trust, the rookie gumshoe must embark on a globe-trotting adventure, encountering friend and foe alike - some of whom readers may find disturbingly familiar! Collecting SPIDER-MAN NOIR (2020) #1-5.
112 PGS./Rated T+
In Shops: Dec 30, 2020
SRP: $15.99