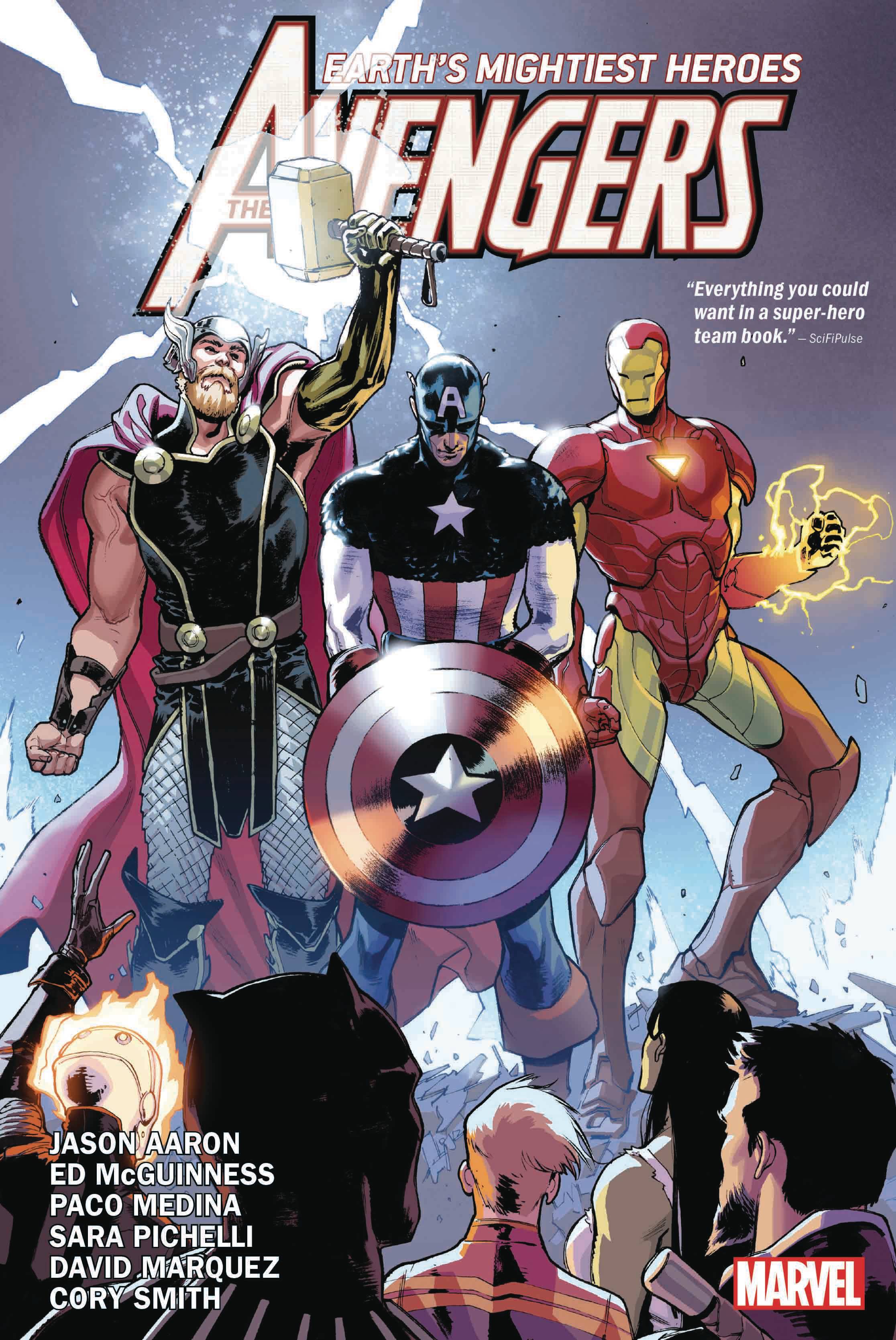 #
SEP200730
(W) Jason Aaron (A) Ed McGuinness, More (CA) Sara Pichelli
Jason Aaron, red-hot writer of THOR, takes over the Avengers - and assembles a power-packed lineup for the ages! The Avengers' "Big Three" of Thor, Captain America and Iron Man are joined by Captain Marvel, Black Panther, Hulk and the newest Ghost Rider, Robbie Reyes! But even with Doctor Strange lending a hand, can this new team save the world from the 2,000-foot-tall space gods known as the Celestials? And what role does Loki play in re-forming the Avengers? A furious Namor strikes, Russia's new Winter Guard makes its presence felt and the Avengers enter the future with a new HQ you won't believe - but in the far past, prepare to meet the Avengers of One Million BCE! Collecting AVENGERS (2018) #1-12 and material from FREE COMIC BOOK DAY 2018 (AVENGERS/CAPTAIN AMERICA).
328 PGS./Rated T+
In Shops: Mar 17, 2021
SRP: $34.99
View All Items In This Series
ORDER SUBSCRIBE WISH LIST