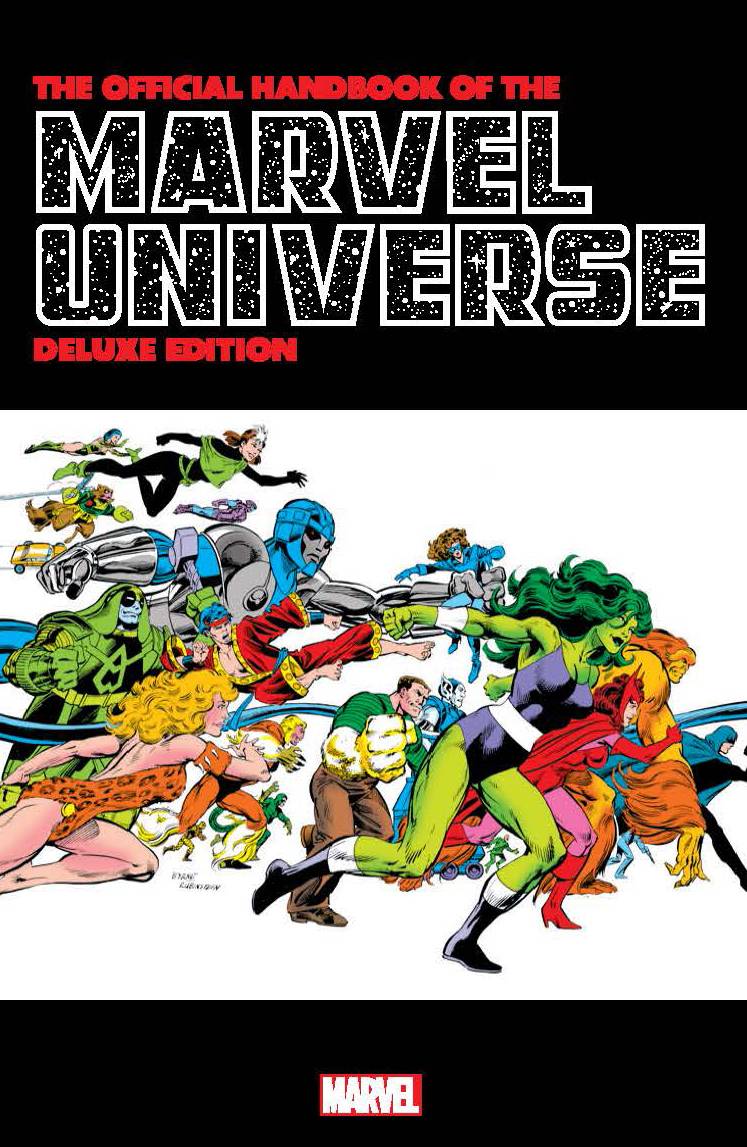 #
SEP200725
(W) Mark Gruenwald, More (A) Various (CA) John Byrne
Following the success of the original OFFICIAL HANDBOOK OF THE MARVEL UNIVERSE came the DELUXE EDITION - expanded, augmented and fully updated! Now, the ultimate guide to the mid-1980s Marvel Universe is collected in a single gigantic hardcover for the first time! The OHOTMU DELUXE EDITION featured fact-packed character profiles illustrated by some of the era's biggest names, including John Byrne, Frank Miller, Arthur Adams, Walter Simonson and Bill Sienkiewicz! Immerse yourself in hundreds of in-depth profiles of Marvel's greatest heroes and villains - from Abomination to Zzzax and everyone in between! Plus: An array of alien races, equipment schematics and maps, and a rundown of the dearly departed in the Book of the Dead! Collecting OFFICIAL HANDBOOK OF THE MARVEL UNIVERSE: DELUXE EDITION #1-20.
1392 PGS./Rated T
In Shops: Mar 17, 2021
SRP: $150.00
ORDER WISH LIST