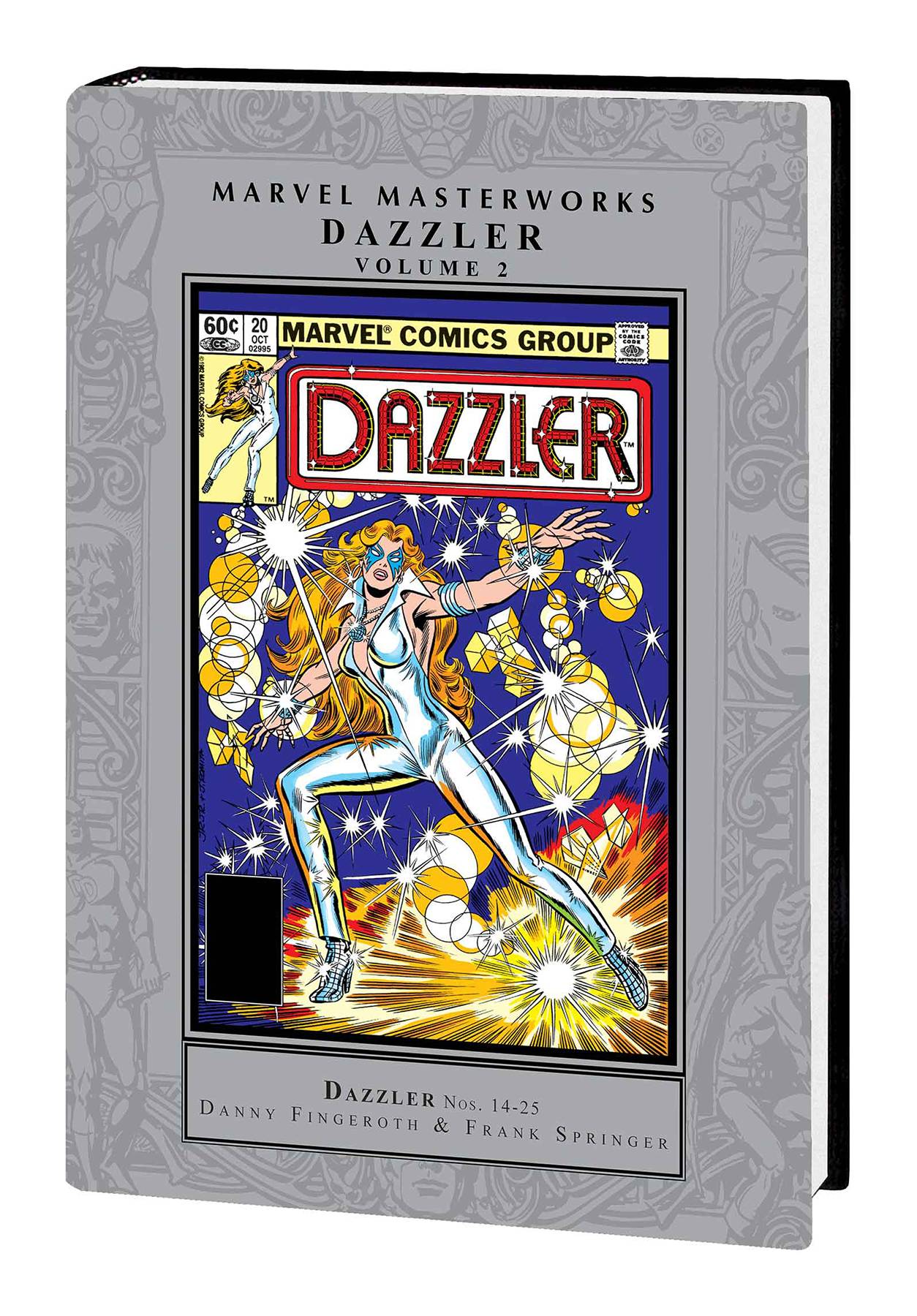 #
SEP200717
(W) Danny Fingeroth, Steven Grant (A) Frank Springer, More (CA) John Romita
Dazzler stormed to the top of the charts with her debut! Now she's back with more sights and sounds from the early '80s! The Women of Marvel join together as She-Hulk and Spider-Woman stand by the Dazzler's side to fight the good fight - but soon the X-Men's Angel flies into Dazzler's life, sweeping her off her feet and into the air. Can romance bloom between two of Marvel's most exciting mutants? But love will have to take a backseat when the Sisterhood of Evil Mutants show up to put Dazzler in her place: Mystique, Destiny and - in some of her earliest key appearances - Rogue! All this, plus appearances by the Fantastic Four, Power Man and Iron Fist, and a WHAT IF? rarity! Collecting DAZZLER #14-25 and material from WHAT IF? (1977) #33.
328 PGS./Rated T
In Shops: Mar 24, 2021
SRP: $75.00
View All Items In This Series