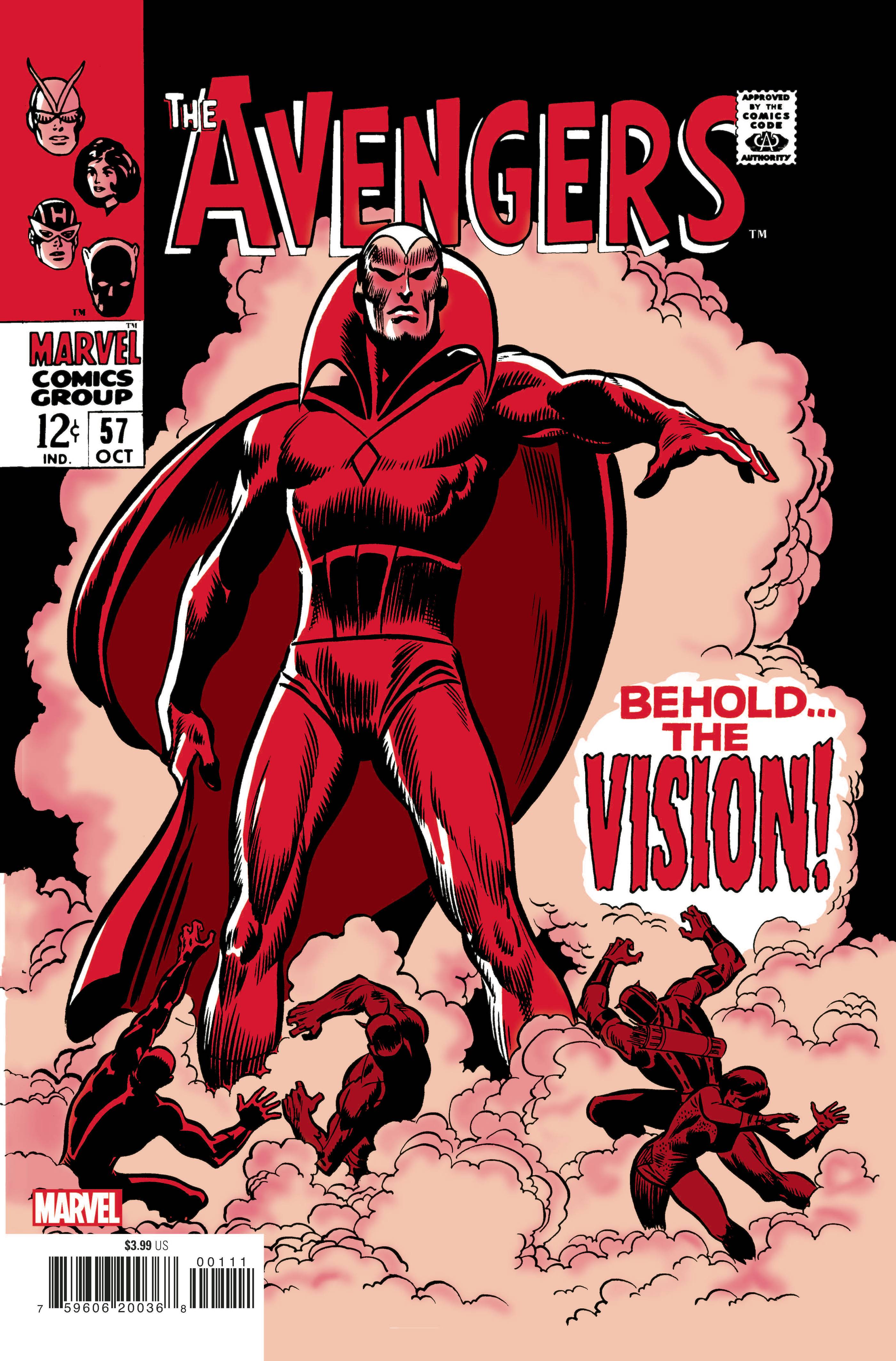 #
SEP200647
(W) Roy Thomas (A/CA) John Buscema
Behold...the Vision!
The Avengers meet one of their deadliest enemies - and greatest allies - in an unforgettable story from the legendary creative team of Roy Thomas and John Buscema! It begins as the Wasp is terrorized in her apartment by "some sort of unearthly Vision" - and soon the synthezoid who can alter his density from ghostlike to diamond hard is making light work of Giant-Man, Hawkeye and Black Panther! He's been sent by Ultron to destroy the Avengers, but can an artificial man find the strength to turn against his maker? One of the most stalwart assemblers Earth's Mightiest Heroes have ever known makes his debut right here, and the team will never be the same. It's one of the all-time great Marvel comic books, boldly re-presented in its original form, ads and all! Reprinting AVENGERS (1963) #57.
32 PGS./All Ages
In Shops: Nov 04, 2020
SRP: $3.99
ORDER WISH LIST