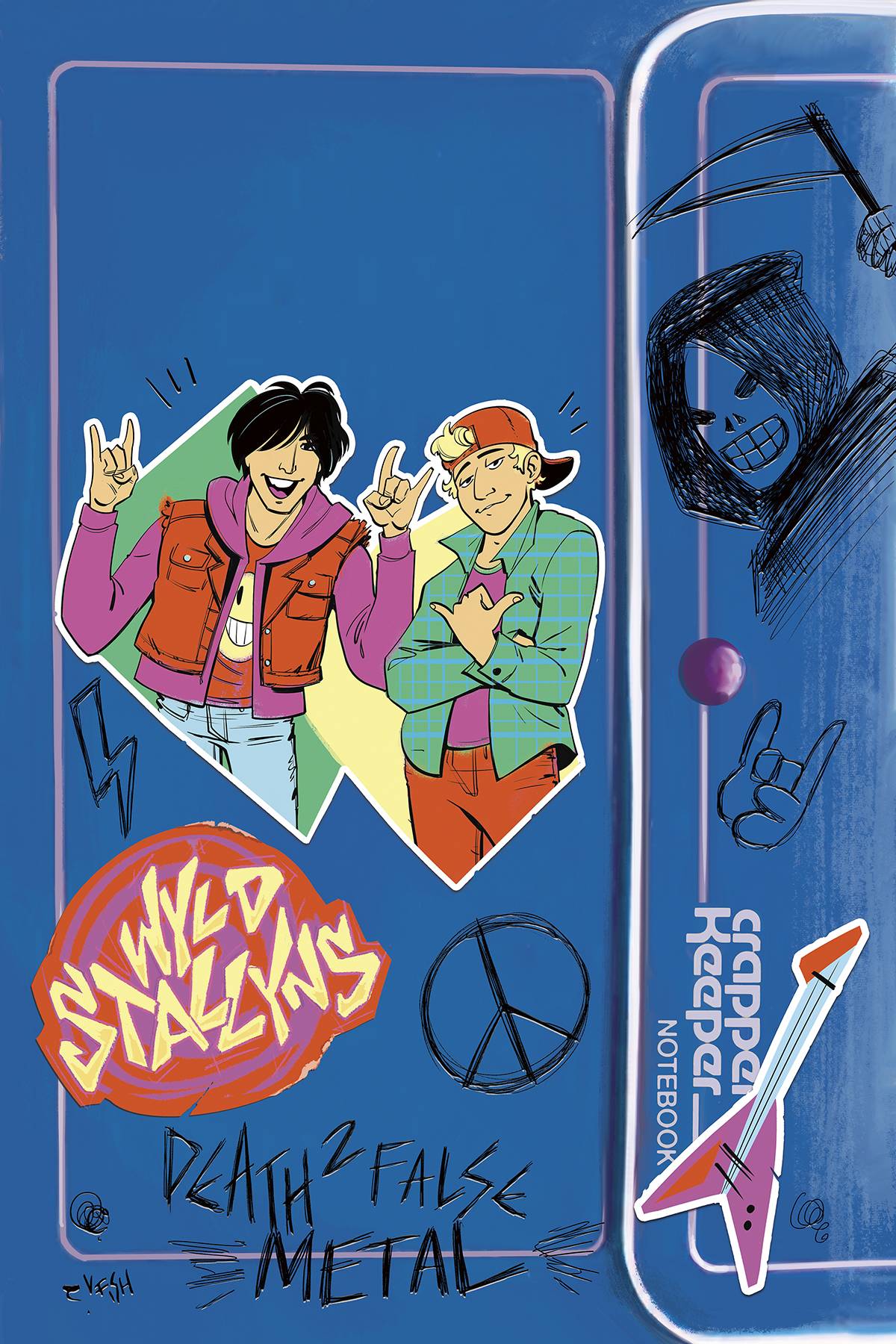 #
SEP200304
(W) Evan Dorkin (A) Roger Langridge (CA) Veronica Fish
With the launch of their world music tour in chaos, Bill and Ted manage to escape a rioting death metal festival only to be marked for death by the insane leader of an evil metal band. With thousands of evil metal fans on a wild hunt for our heroes, can the Wyld Stallyns survive long enough to write the One Song on tour and save the future?!

This new series is a direct sequel to Bogus Journey and prequel to Face the Music bringing back legendary Bill and Ted comics writer Evan Dorkin and acclaimed artist Roger Langridge!