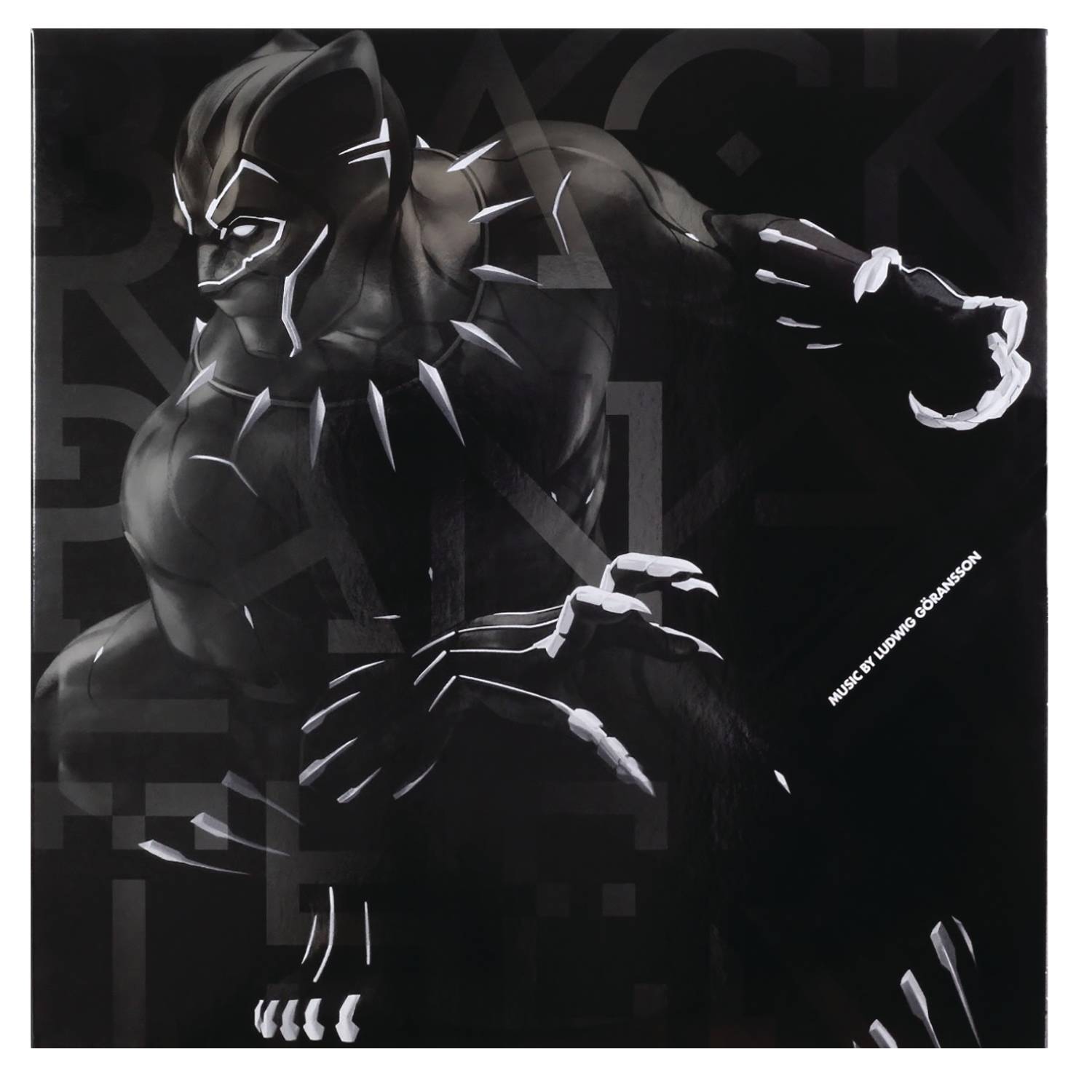 # #
SEP198698
From Mondo. Mondo Music, in partnership with Hollywood Records, is proud to present the Academy Award Winning complete score to Marvel Studios' 2018 film Black Panther! Composed by Ludwig Göransson, the score is unlike any other piece of music composed for a superhero film. Göransson's commitment to authenticity stands out in every note, combining traditional African instruments and vocal performances from legendary performers such as a Baaba Maal, with a Hollywood symphony, for a one-of-a-kind sonic experience. Housed in a tri-fold Silver Foil jacket. Liner notes by Ludwig Göransson. Pressed on three 180-gram Black vinyl LPs.