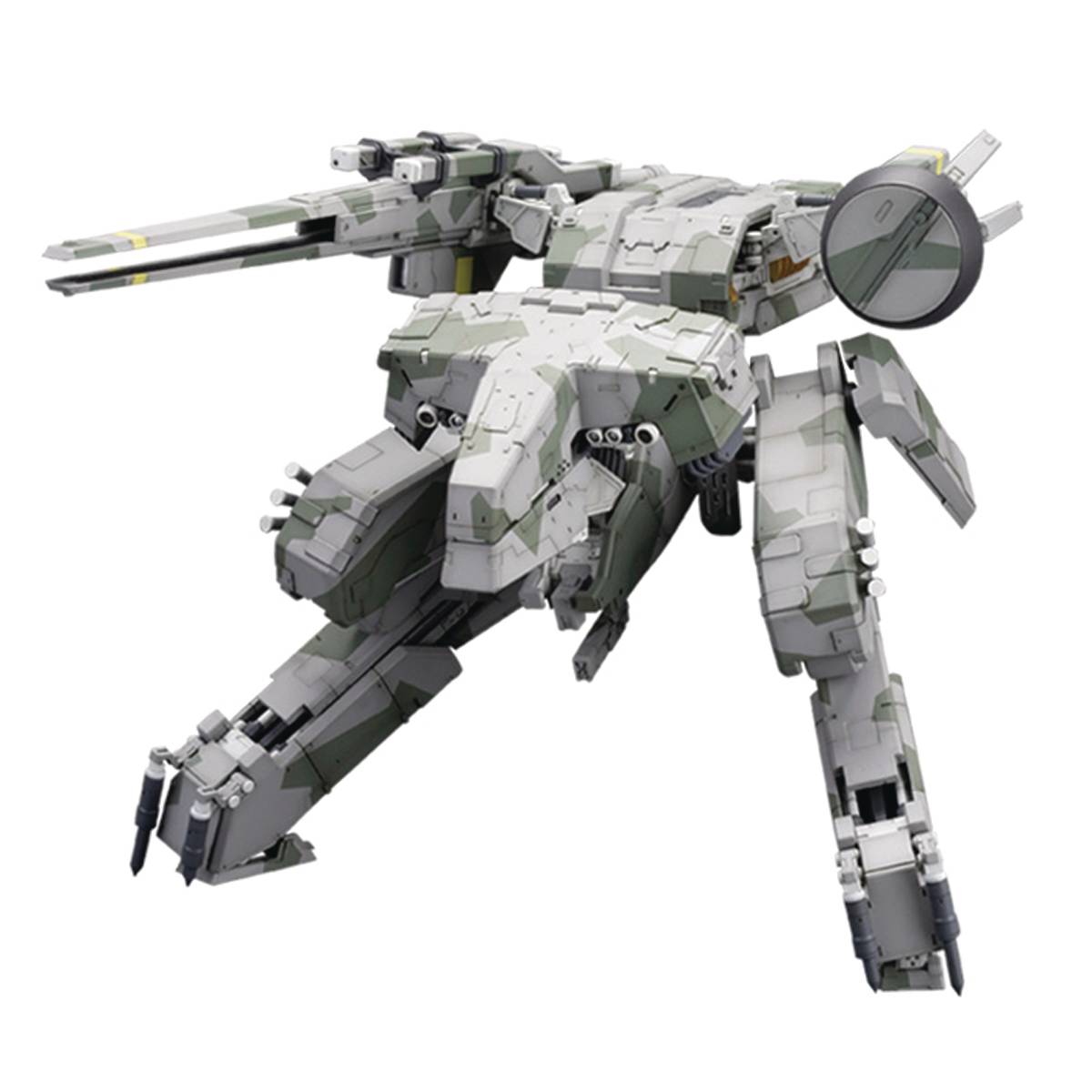 #
SEP198581
From Kotobukiya. Metal Gear Solid is a stealth action game directed by Hideo Kojima, widely considered to be one of the greatest and most important games of all time. REX was the ultimate Metal Gear, as it was not only capable of delivering a nuclear weapon both to and from any point on the globe, it could do so "undetectably" and "untraceably." REX utilized a rail gun, which fired much smaller projectiles without chemical propellants and contained stealth technology, factors which made them virtually invisible to radar. In addition, its missiles also have enough power to destroy underground bunkers, a lesson that was learned from the Gulf War.