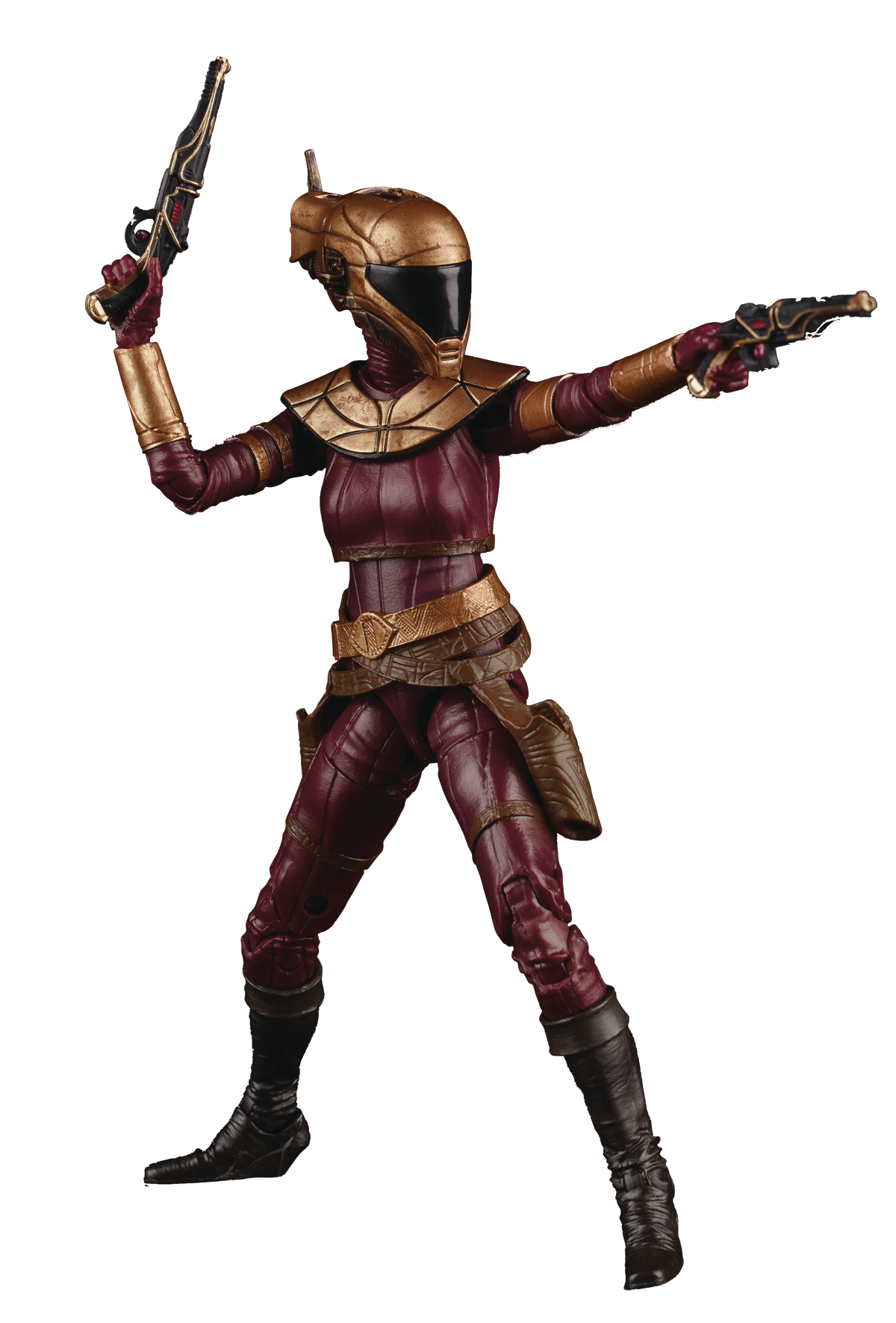 SEP198566
From Hasbro Toy Group. It is difficult for scoundrels to remain neutral in the war between First Order and Resistance, and Zorii Bliss and the Spice Runners of Kijimi must soon take a side. The 6" scale Black Series Zorii Bliss action figure is detailed to look like the character from Star Wars: The Rise of Skywalker, featuring premium detail, multiple points of articulation and three Zorii Bliss-inspired accessories.