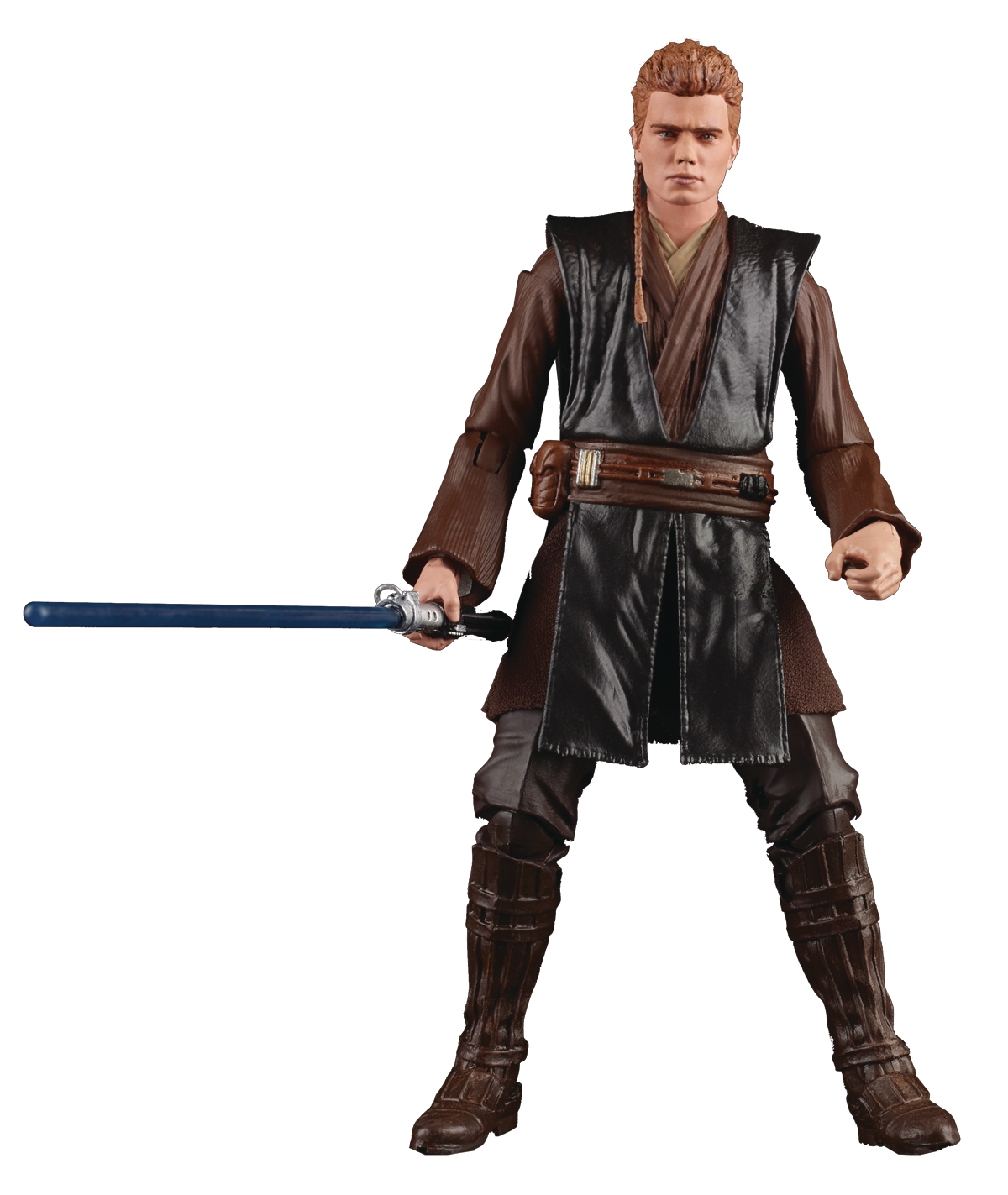 SEP198563
From Hasbro Toy Group. A hero of the Clone Wars, Anakin Skywalker was caring and compassionate, but also had a fear of loss that would prove to be his downfall.The 6" scale Black Series Anakin Skywalker (Padawan) action figure is detailed to look like the character from Star Wars: Attack of the Clones, featuring premium detail, a lightsaber and multiple points of articulation. Also available in The Black Series from Attack of the Clones are the Battle Droid, Count Dooku, and Obi-Wan Kenobi, each in 6" scale.