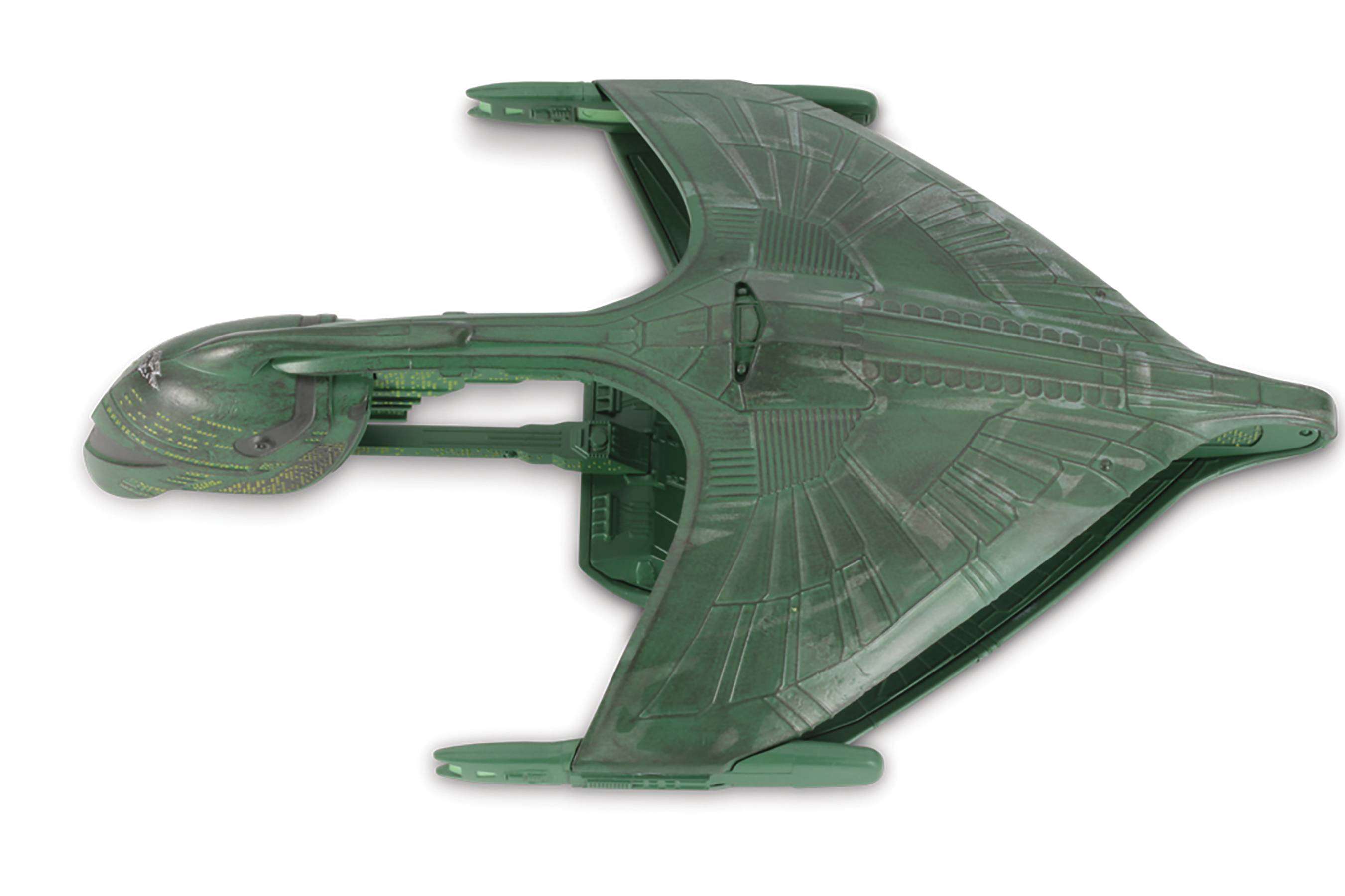 #
SEP192525
De-cloaking off the starboard bow is the ROMULAN WARBIRD, the latest XL addition to the STAR TREK range. This large D'deridex-class vessel was a mainstay of the Romulan's fl eet of starships in the 24th Century. Heavily armed, the Warbird was a formidable opponent in combat, and was capable of evading detection by employing its cloaking shield. Making its first appearance in 'The Neutral Zone', the final episode of the first season of STAR TREK: THE NEXT GENERATION, the Romulan Warbird appeared in many subsequent episodes of STAR TREK on television. The model is approximately 9 inches long and is produced in a combination of die-cast and high quality ABS materials.
In Shops: Dec 11, 2019
SRP: $75.00
View All Items In This Series