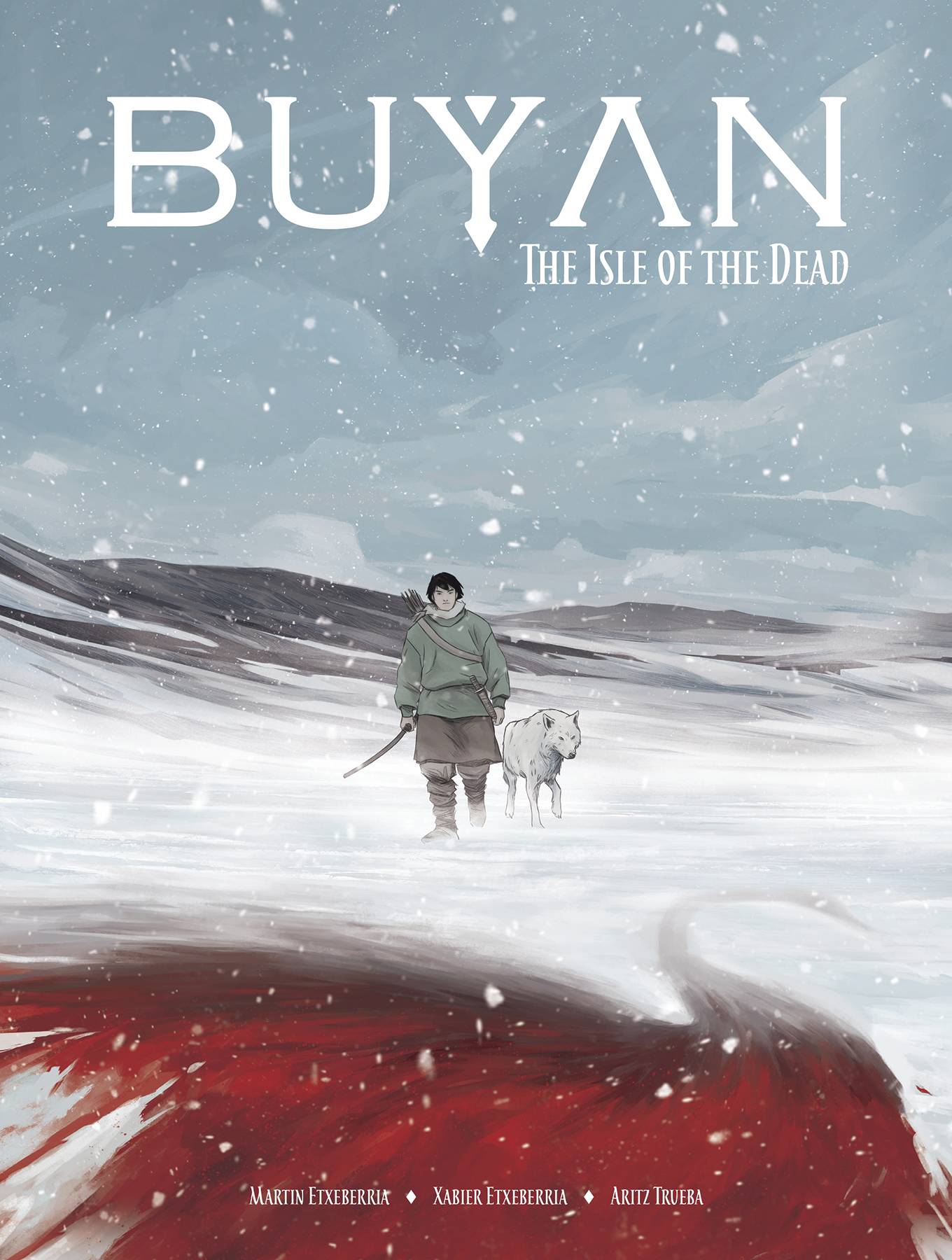 #
SEP191844
(W) Martin Etxeberria, Xabier Etxeberria (A) Aritz Trueba
The grandson of Genghis Khan, Batu, and his Golden Horde have just begun a ruthless march across Siberia, intending spread his Mongolian empire all the way to Europe. Meanwhile, the Teutonic Knights of Europe spread the Crusades eastward, burning cities one by one in their unstoppable advance. But in the midst of all this fighting, a small village in Nenetsia is attacked, and a simple hunter named Maansi tragically loses the love of his life. Determined to be reunited with his wife, Maansi travels toward the sea in search of the mythical island of the dead: Buyan. But the path to Buyan is fraught with not only bloodthirsty warriors and religious zealots, but also ancient spirits who have been angered by the war as well as the unforgiving gods of old. Still, desperate to see his wife's face again, Maansi will not let anything stand in the way of his quest to find Buyan.
In Shops: Nov 06, 2019
SRP: $29.99
View All Items In This Series