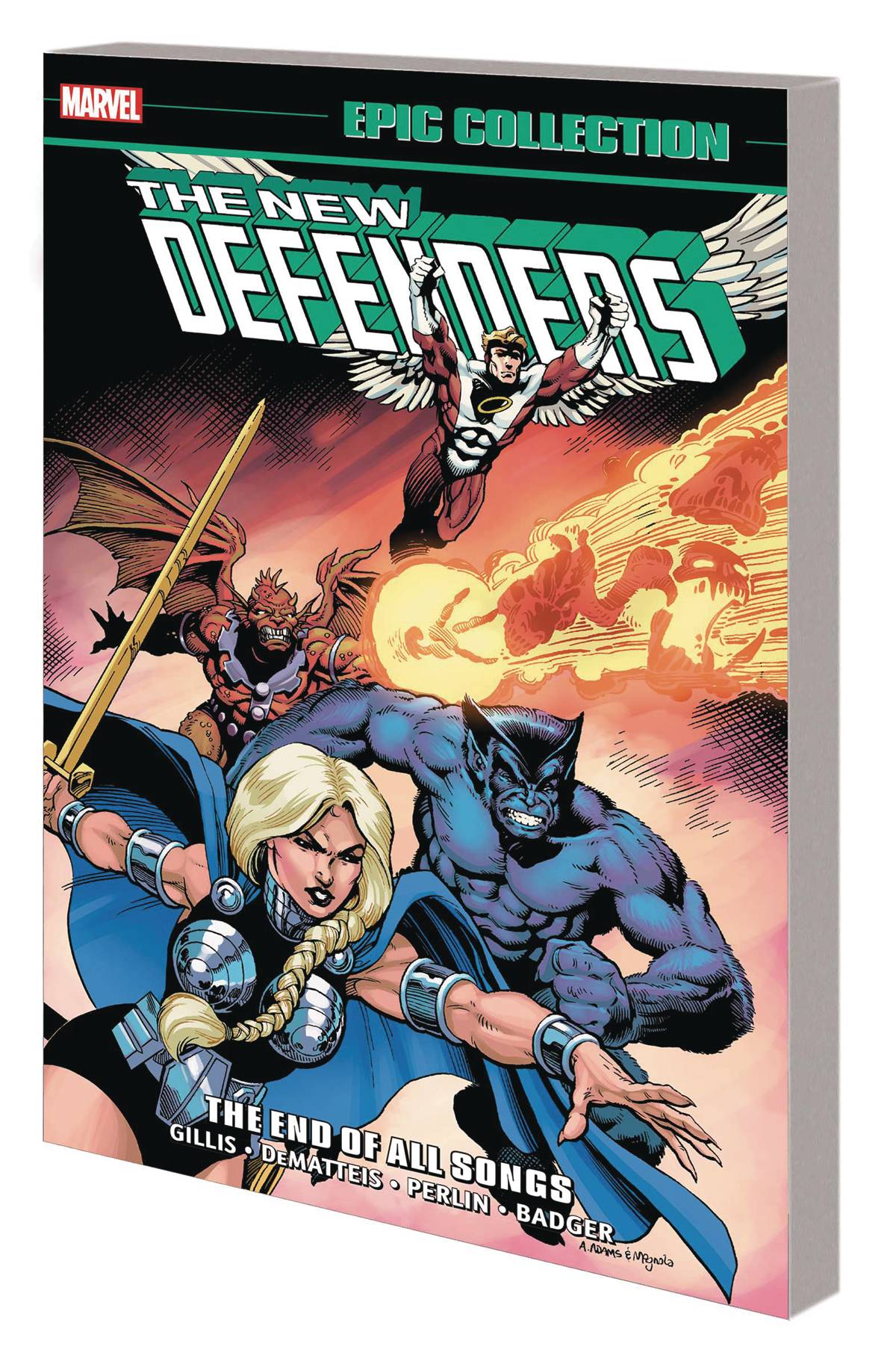 #
SEP191012
(W) Peter B. Gillis, J. M. DeMatteis (A) Don Perlin, More (CA) Arthur Adams
All things must come to an end - and the Defenders will fight their way to the finish in epic fashion! Moondragon seeks to master her arrogance, leading to a new outlook and a new uniform. But despite outward appearances, her internal struggle continues - and she soon succumbs to the power of the Dragon of the Moon, the cosmic entity that eradicated all life on Titan! Now the remaining Defenders must battle their own teammate, or Earth will suffer the same fate. It's a struggle that just might end with the deaths of the Defenders! Plus: Beast's fight for mutant rights, Cloud's identity conflict, the return of Manslaughter, the debut of Andromeda - and Gargoyle's solo adventure! Collecting NEW DEFENDERS #138-152 and GARGOYLE #1-4.
Rated T
In Shops: Dec 18, 2019
SRP: $39.99
ORDER WISH LIST