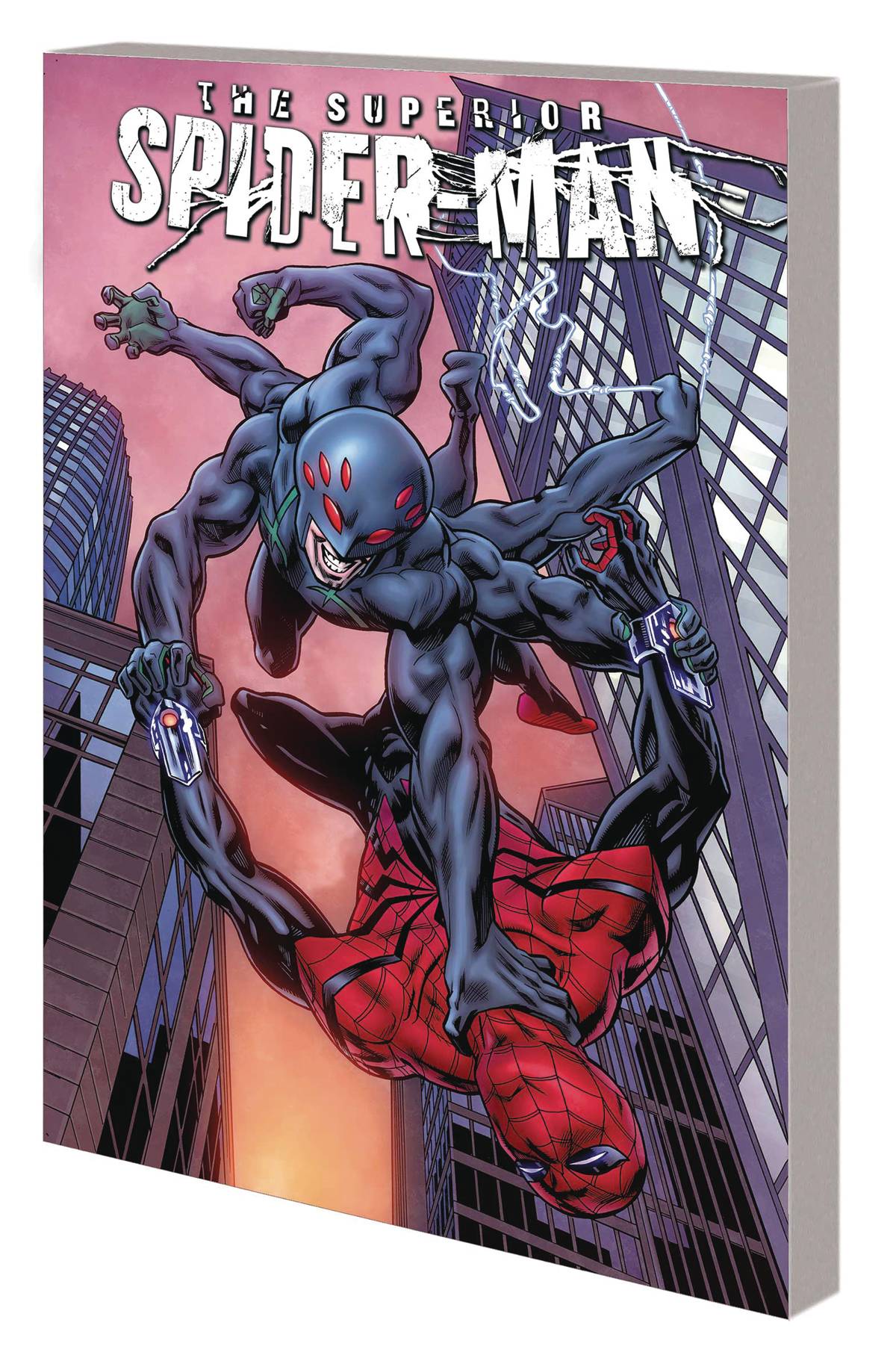 #
SEP190996
(W) Christos Gage (A) Lan Medina (A/CA) Mike Hawthorne
Like the rest of America, the West Coast has been overrun with Frost Giants! But Otto Octavius doesn't settle for chaos - he plans to win the War of the Realms single-handedly. Well, maybe not single-handedly. He needs minions. Super-minions! So he recruits...the West Coast Avengers?! Will Otto Octavius and Quentin Quire become BFFs? If they can somehow work together and save San Francisco, Otto will be due a parade - but any celebrations might be short-lived, because someone dangerous is coming. Otto calls himself the Superior Spider-Man? Norman Osborn, the Spider-Man of Earth-44145 you met in SPIDER-GEDDON, begs to differ - and has some very creative ways to prove his true superiority! Norman is out to destroy everything. Does Otto stand a chance of stopping him? Does he even stand a chance at living through this?! Collecting SUPERIOR SPIDER-MAN (2018) #7-12.
Rated T+
In Shops: Dec 18, 2019
SRP: $17.99
View All Items In This Series
ORDER SUBSCRIBE WISH LIST