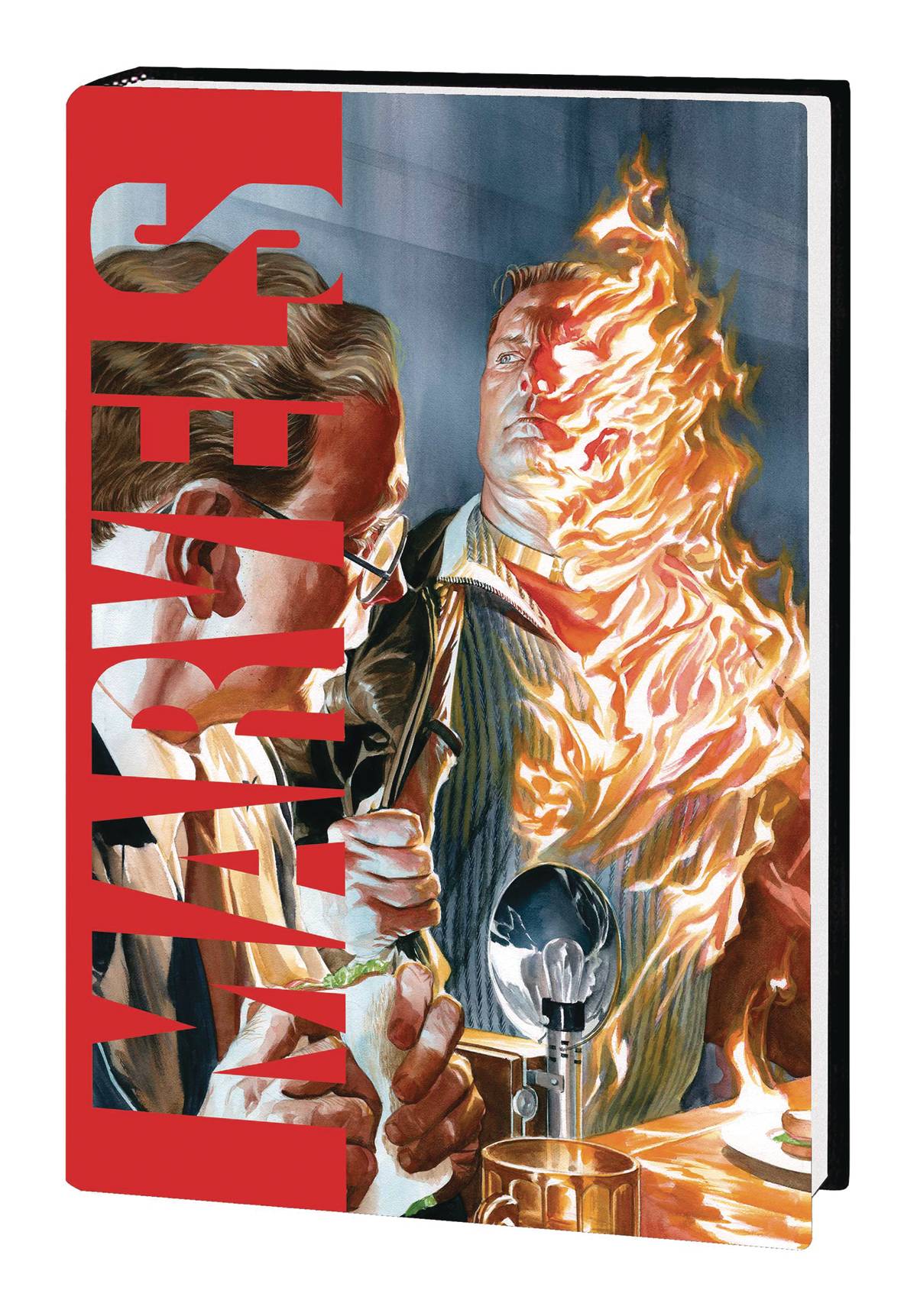 #
SEP190967
(W) Kurt Busiek, Alex Ross, Steve Darnall (A/CA) Alex Ross
The timeless classic that changed the way we look at Marvel super heroes celebrates its 25th birthday in style! Kurt Busiek and Alex Ross' original tour through the early history of the Marvels - as captured through the lens of photojournalist Phil Sheldon - is collected in full! Then, Busiek and Ross reunite for an amazing new epilogue featuring the all-new, all-different X-Men in deadly battle against the Sentinels - with the now-retired Phil and his daughters caught in the middle! Plus: A behind-the-scenes look at the creation of the epilogue; scripts, sketches and scores of other bonus features and a stunning gallery of variant covers paying tribute to the 25th anniversary of MARVELS! Collecting MARVELS #0-4, MARVELS EPILOGUE, MARVELS 25TH TRIBUTE VARIANTS and material from MARVELS ANNOTATED #1-4.
Rated T
In Shops: Mar 18, 2020
SRP: $50.00
ORDER WISH LIST