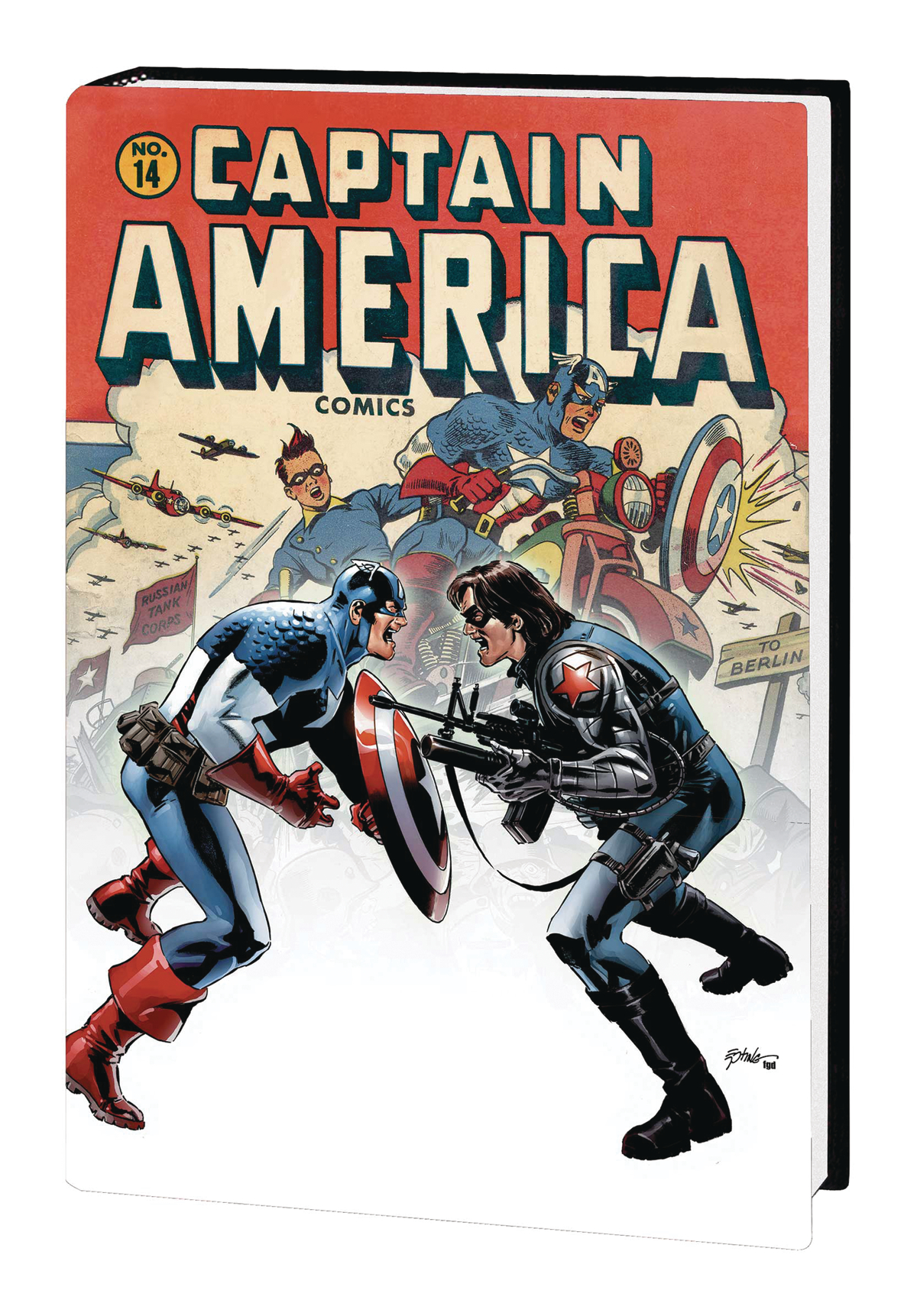 SEP190965
(W) Ed Brubaker (A) Michael Lark, John Paul Leon (A/CA) Steve Epting
Continuing the series of graphic novels handpicked by Marvel Editorial to showcase pivotal story lines written and drawn by some of Marvel's most acclaimed creators! The instant-classic saga that brought Bucky Barnes back from the dead! The shocking murder of the Red Skull leaves an unfinished Cosmic Cube at large! Adding to the imminent danger, a cadre of the Skull's followers sets in motion a plan to ignite bombs in the hearts of Paris, London and Manhattan! Racing against the rapidly ticking clock, the Star-Spangled Avenger must not only solve the mystery of his nemesis' murder, but also find the Cube before it can be used to rewrite reality! But who is the Winter Soldier - a lethal killer with an all-too-familiar face? The questions plaguing Captain America's dreams are answered in the most brutal way possible, tearing open old wounds and threatening to carve new scars that will never heal! Collecting CAPTAIN AMERICA (2004) #1-9 and #11-14.
Rated T+
In Shops: Mar 18, 2020
SRP: $29.99