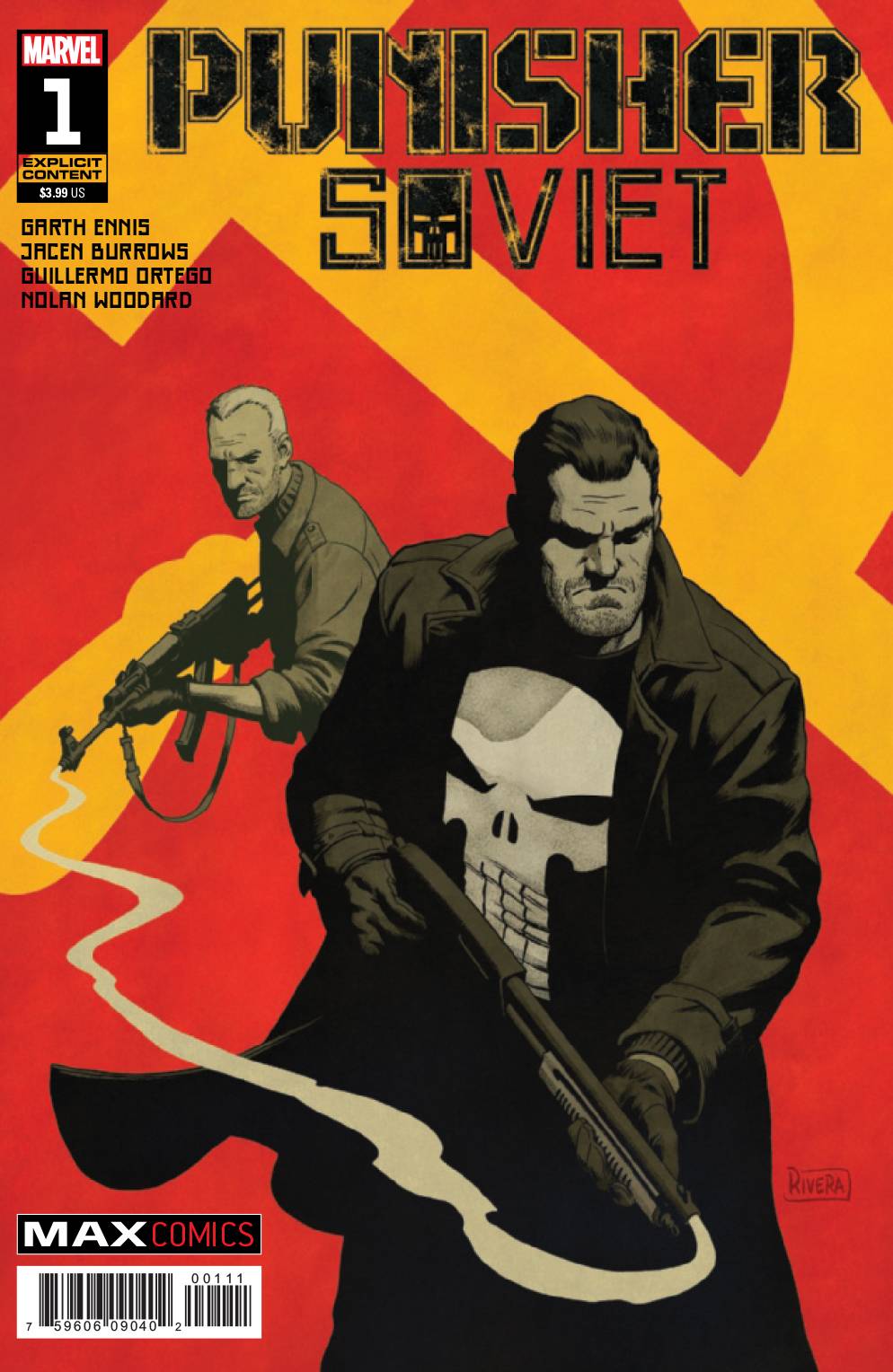 #
SEP190851
(W) Garth Ennis (A) Jacen Burrows, Guillermo Ortego (CA) Paolo Rivera
• Garth Ennis (Co-Creator of The Boys & Preacher) is back at Marvel and writing the Punisher again, this time with art phenom Jacen Burrows (MOON KNIGHT, 303, Crossed) at his side.
•  A dozen Russian mobsters lie dead at the Punisher's feet and he wasn't the one who pulled the trigger.
•  If you know Frank Castle, you know this doesn't necessarily set his mind at ease.
•  Who is in New York City decimating the Russian mob and can it be long before they come into conflict with Frank?
Rated MAX
In Shops: Nov 13, 2019
SRP: $3.99
View All Items In This Series