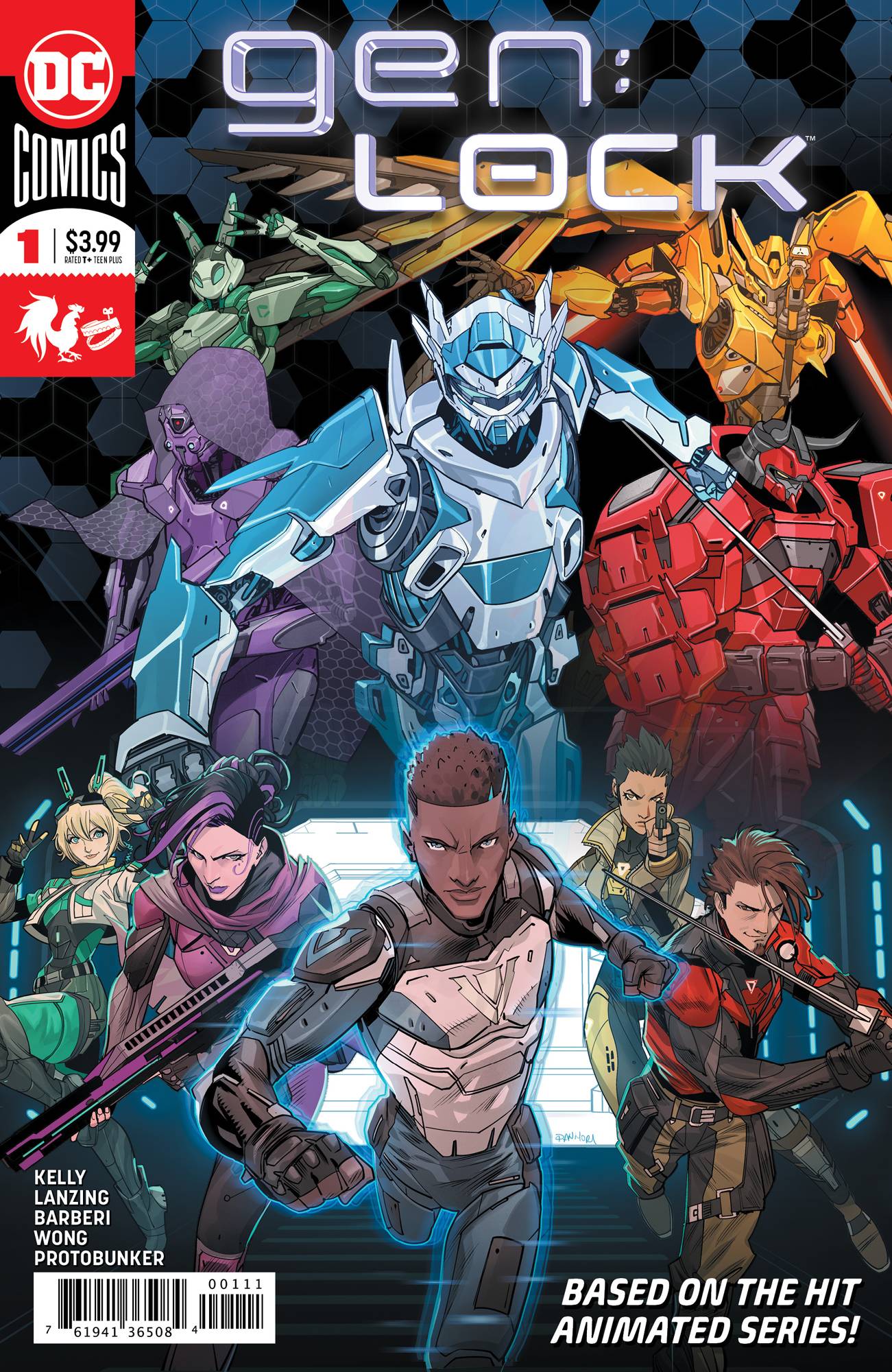 #
SEP190444
(W) Collin Kelly, Jackson Lanzing (A) Carlo Barberi, Walden Wong (CA) Dan Mora
Earth is at war! The villainous Union has been steadily taking over more and more of the planet after initiating the Global Culture War. In an effort to stand its ground against the Union, the Polity turns to Dr. Weller and his team of five individuals who are "gen:Lock compatible," which allows them to transfer their minds to mech suits known as Holons! Spinning out of the first season of the hit Rooster Teeth animated series, gen:Lock follows Julian Chase and his team as they pick up the pieces of their lives after the death of Dr. Weller, leading them into a high-octane adventure in one of the Polity's last free countries, Japan!
In Shops: Nov 06, 2019
SRP: $3.99
View All Items In This Series