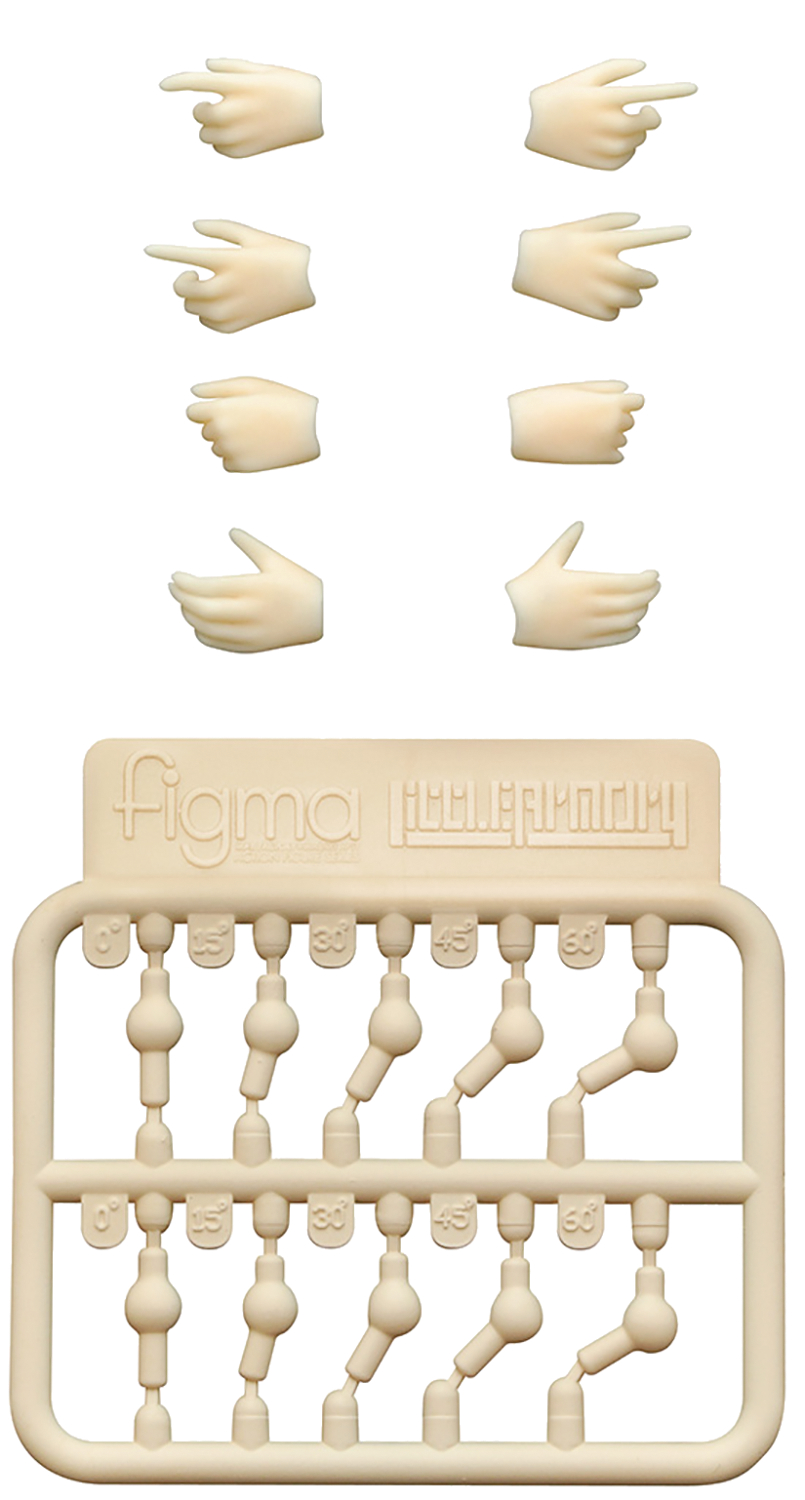 SEP188823
From TOMYTEC. Following on from the popular gloves comes a set of bare hands to hold guns! TOMYTEC's LittleArmory series is a set of weapons that can be used by 1/12-scale figures. This set of figma hands allows figma figures to hold the weapons from the LittleArmory set! Following on from the popular tactical gloves comes this set of bare hands with skin color matching that of the figma Miyo Asato and the upcoming figma Ena Toyosaki set for release in February 2019! The hand parts have been matted and include four different hands for a total of eight pieces that allow the guns to be held, readied and carefully aimed! Use them together with the LittleArmory series for all sorts of new posing options!