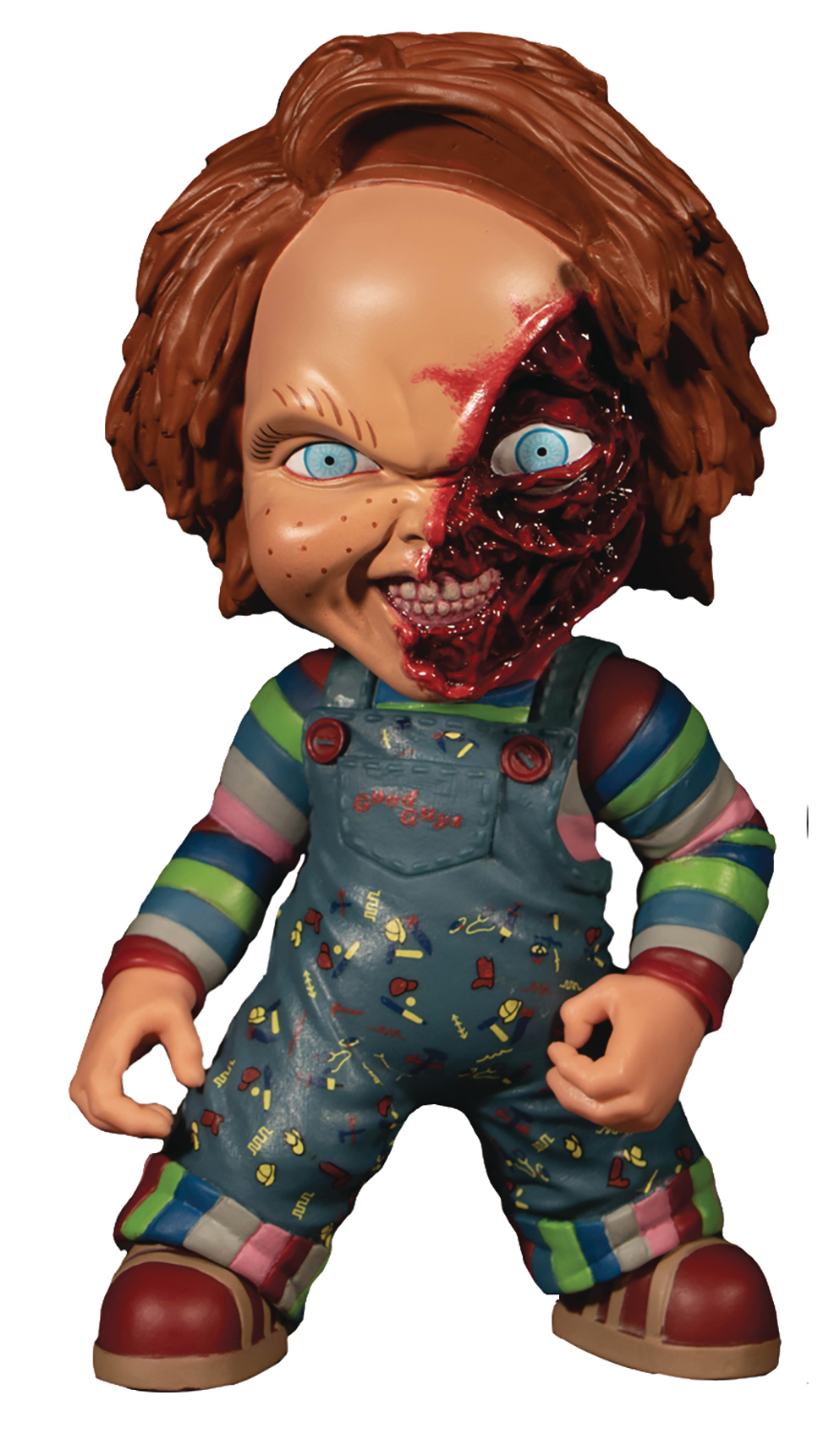 SEP188817
Time to play! Chucky is back to terrorize the Mezco Designer Series. The MDS Deluxe Chucky is a super-D take on the homicidal doll, featuring two all-new head sculpts: a bloody-nosed smirk from Child's Play 2 and a mutilated and disfigured "pizza face" sculpt from Child's Play 3. The "Lakeshore Strangler" comes complete with two interchangeable right arms - one to hold his gun accessory and his infamous knife-hand. Sporting his signature "Good Guys" overalls, Chucky stands approximately 6" tall and features 8 points of articulation, allowing him to recreate his most menacing poses from the films. MDS Deluxe Chucky comes packaged in a die-cut window box, perfect for display.
In Shops: Aug 07, 2019
SRP: $38.00