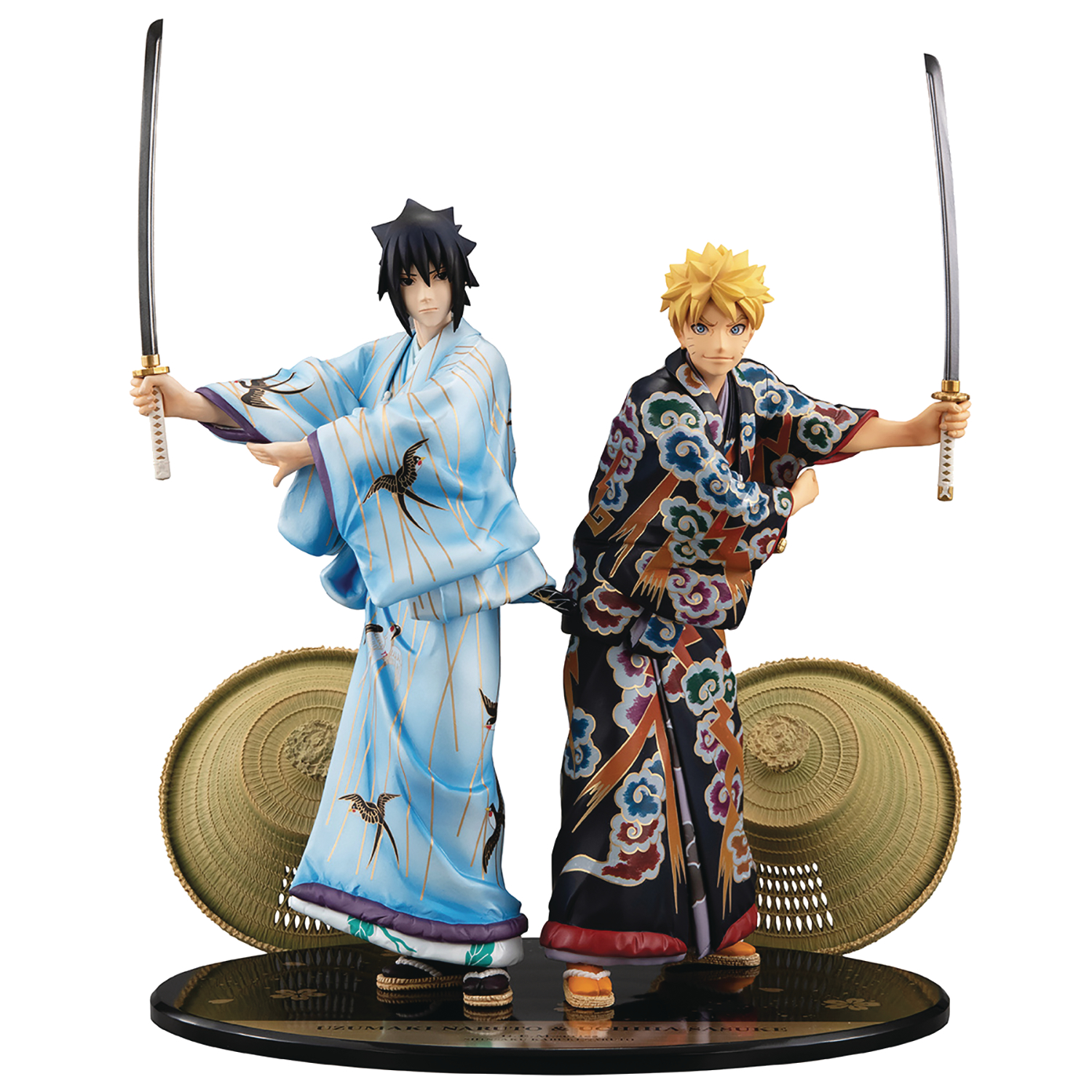 SEP188723
From Megahouse. Series creator Masashi Kishimoto's drawing of Naruto Uzumaki in a kimono is turned into a figure of the G.E.M Series! The face and coloring of the figure is done with more attention given to the original comic's flavor than existing ones in the G.E.M. NARUTO figure series which can be seen starting with the mischievous and gallant look on Naruto's face, in the kimono design, and in the way he is posed wielding a katana. The beautiful kimono design and details put into the figure give is a finished taste that is a little different from other figures in the series. Also, as a bonus this set includes a designated base to display Naruto and Sasuke side by side, which allows you to create a fun atmosphere even more like the illustration!