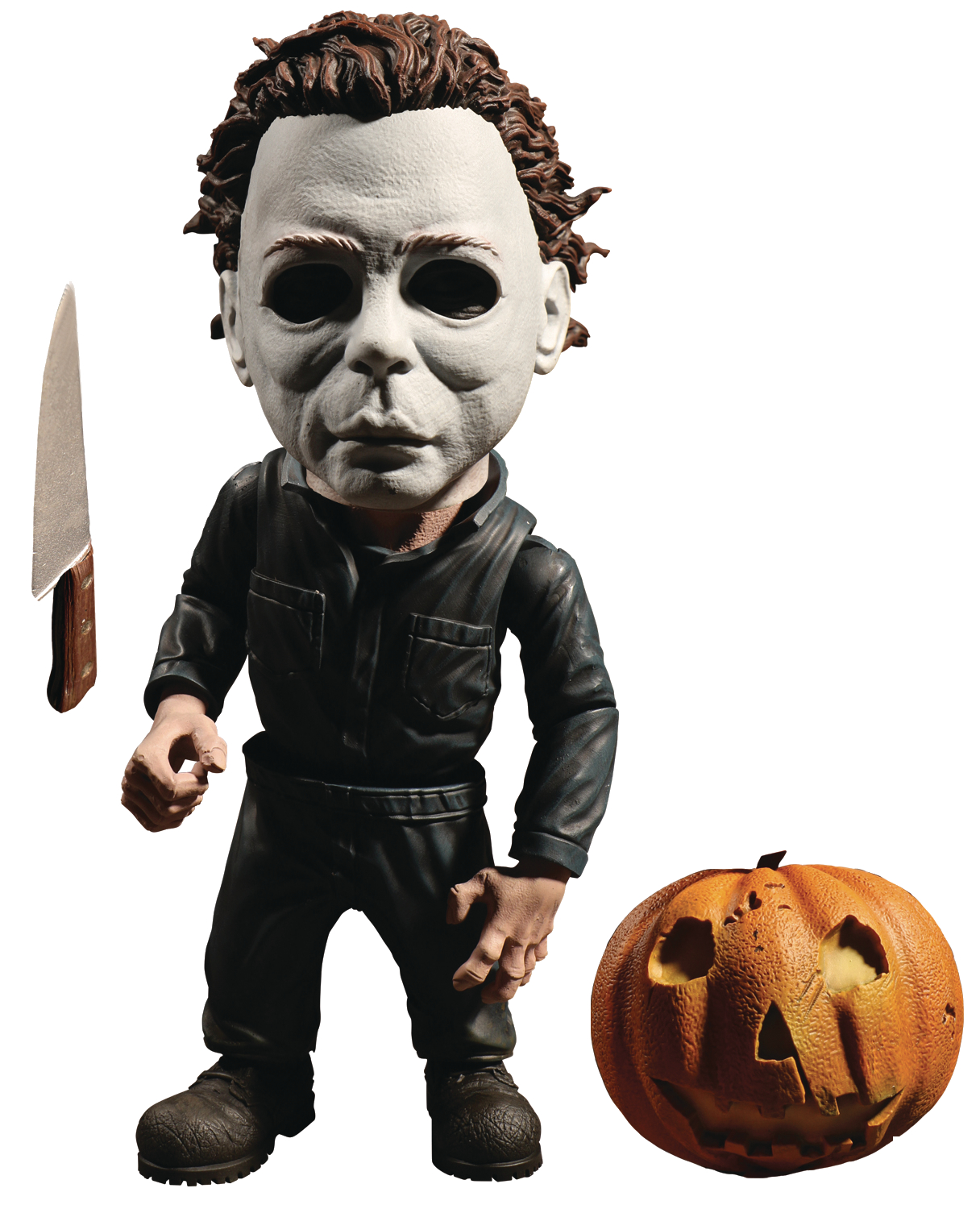 SEP188715
From Mezco Toys. In October 1978 a new film called Halloween introduced the world to seemingly unstoppable masked killer Michael Myers and launched a franchise that would span five decades. With his soulless eyes peering from his expressionless mask, "The Shape," as he is referenced in the film, has become one of the most recognizable icons of modern horror, and he receives the stylized treatment with a deluxe figure sure to thrill. In addition to having 10 points of articulation, Michael Myers comes ready to slay with his signature knives. Standing approximately 6 inches tall, Mezco's Deluxe Stylized Halloween: Michael Myers Figure comes packaged in a die-cut window box perfect for display in your collection!