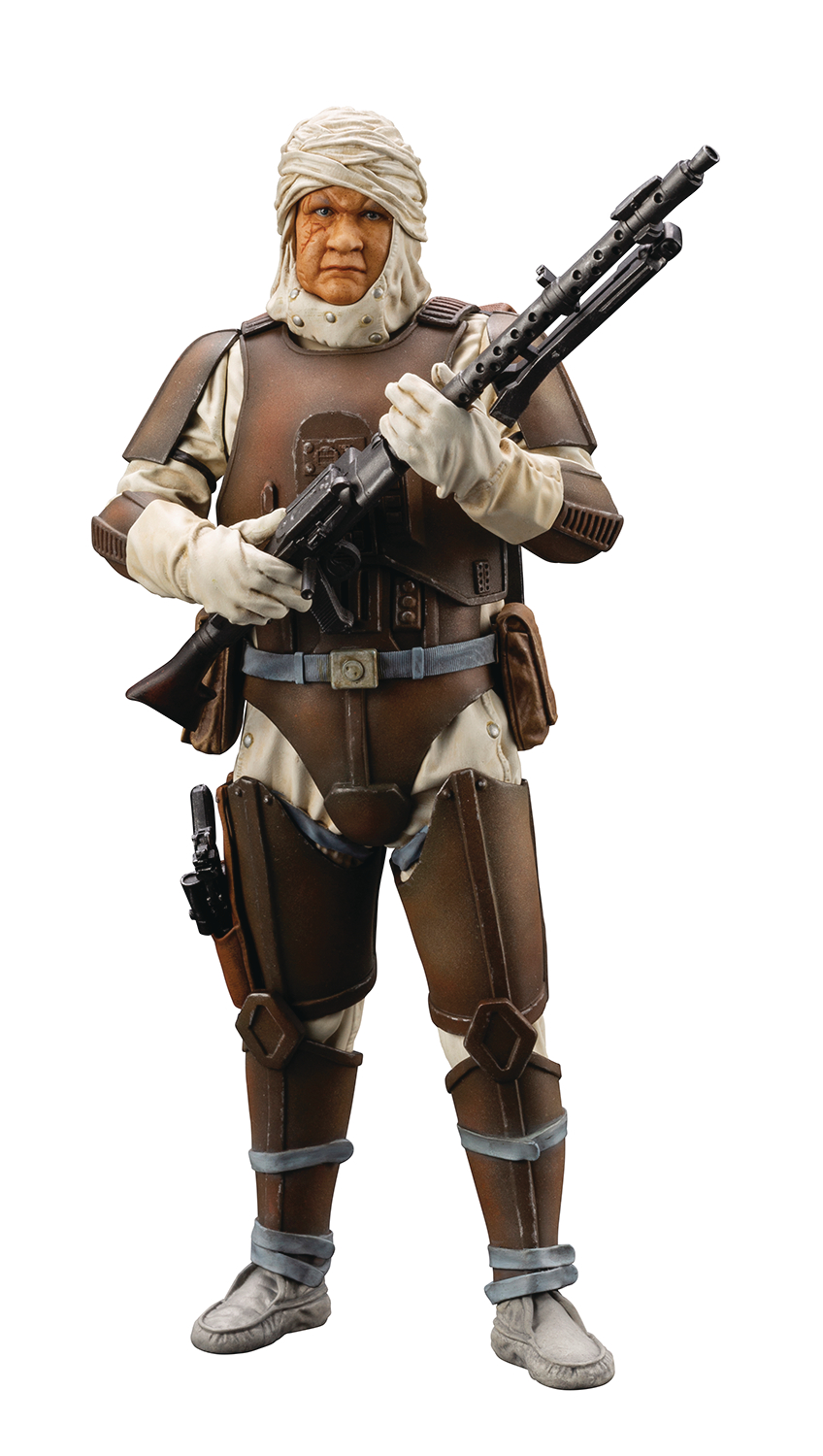 SEP182559
From Kotobukiya. Star Wars ARTFX+ Statues bring you all of the quality and detailing that you expect from an ARTFX release in a great smaller scale perfect for collecting! The series has already brought you amazing heroes, villains, and troopers from the classic trilogy and beyond, and now you can collect the bounty hunters summoned by Darth Vader to track down the Millennium Falcon in Star Wars Episode V: The Empire Strikes Back. The final bounty hunter to join the lineup is Dengar! A human from the planet of Corellia, Dengar is a seasoned bounty hunter who prefers to take down his targets directly with destructive  force. ARTFX+ Statues are fun-to-assemble pre-painted snap-fit kits that can be put together easily  in seconds without glue or modeling skill. The magnets in Dengar's feet provide perfect stability on the included metal display base. Collect all five classic bounty hunters (4-LOM,  Dengar, IG-88, Bossk, and Zuckuss) to assemble a complete statue of Boba Fett with included bonus parts!