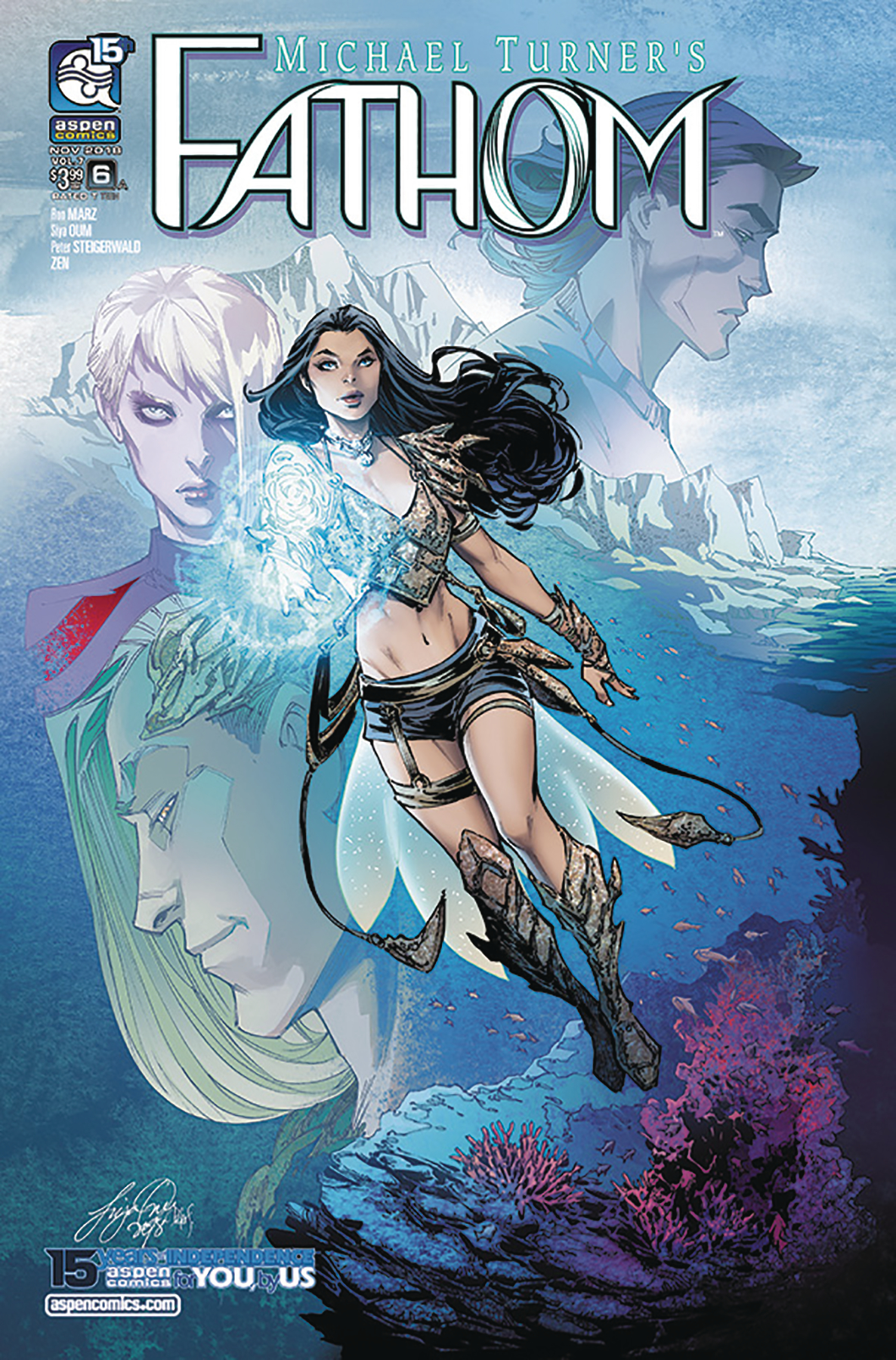 Allies are in short supply for Aspen as she's caught between the Russian Military and hostile warriors of The Blue, with both trying to end her once and for all! And even if Aspen manages to survive, she's no closer to rescuing her brother from the hands of her enemies!

Michael Turner and Aspen Comics' flagship title commemorates its landmark twenty years since its debut in grand fashion! The superstar creative team of Ron Marz (Green Lantern, Witchblade) and Siya Oum (Lola XOXO) are on board to deliver Fathom, and the iconic heroine, Aspen Matthews, to a new generation of readers as well as loyal fans alike!
In Shops: Jan 02, 2019
SRP: $3.99
View All Items In This Series
ORDER SUBSCRIBE WISH LIST