IRON OR THE WAR AFTER GN 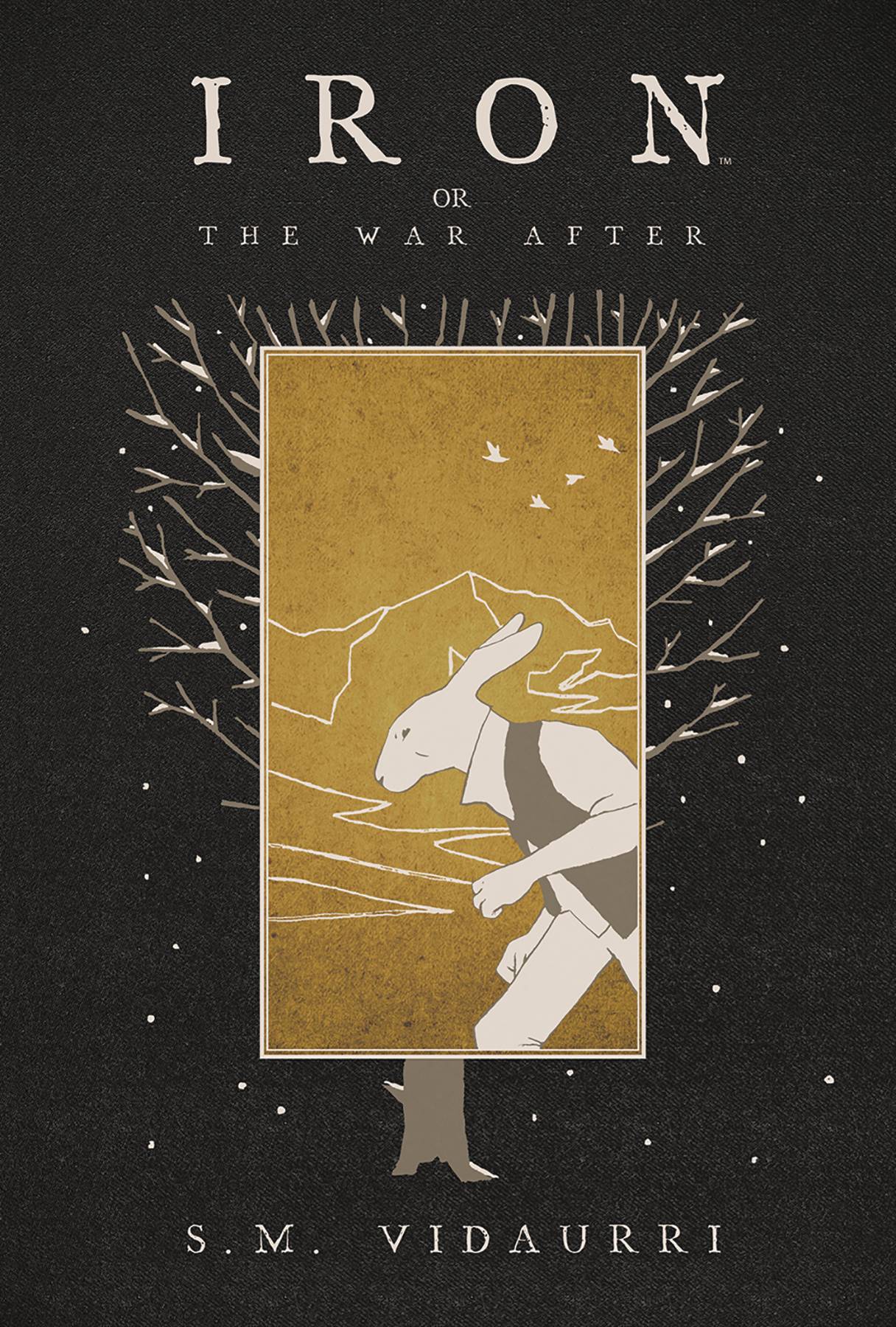 #
SEP181316
(W) S. M. Vidaurri (A/CA) S. M. Vidaurri
It is the aftermath of a long war, in a world of constant winter.
When an intelligence spy from the Resistance.the rabbit, Hardin.steals secret information from a
military base of the Regime, his actions set off a chain of events that reverberates through the ranks of both sides, touching everyone from the highest-ranking officials to the smallest orphaned child. When the snow finally settles, who will be the true patriot and who the true traitor?
Iron: Or The War After marks the debut graphic novel from storyteller S.M. Vidaurri ( Iscariot ), who weaves a heartfelt fable shrouded in political intrigue, made available in softcover for the first time.
g Iron , with its tale of prey animals resisting the oppression of a predator regime after a long conflict, evokes both
Maus and Animal Farm . What lends this story its power is the simplicity of the plotting in contrast with the
complexity of the characters as they come to grips with their pasts and the paths before them. h -NPR
In Shops: Jan 30, 2019
SRP: $19.99