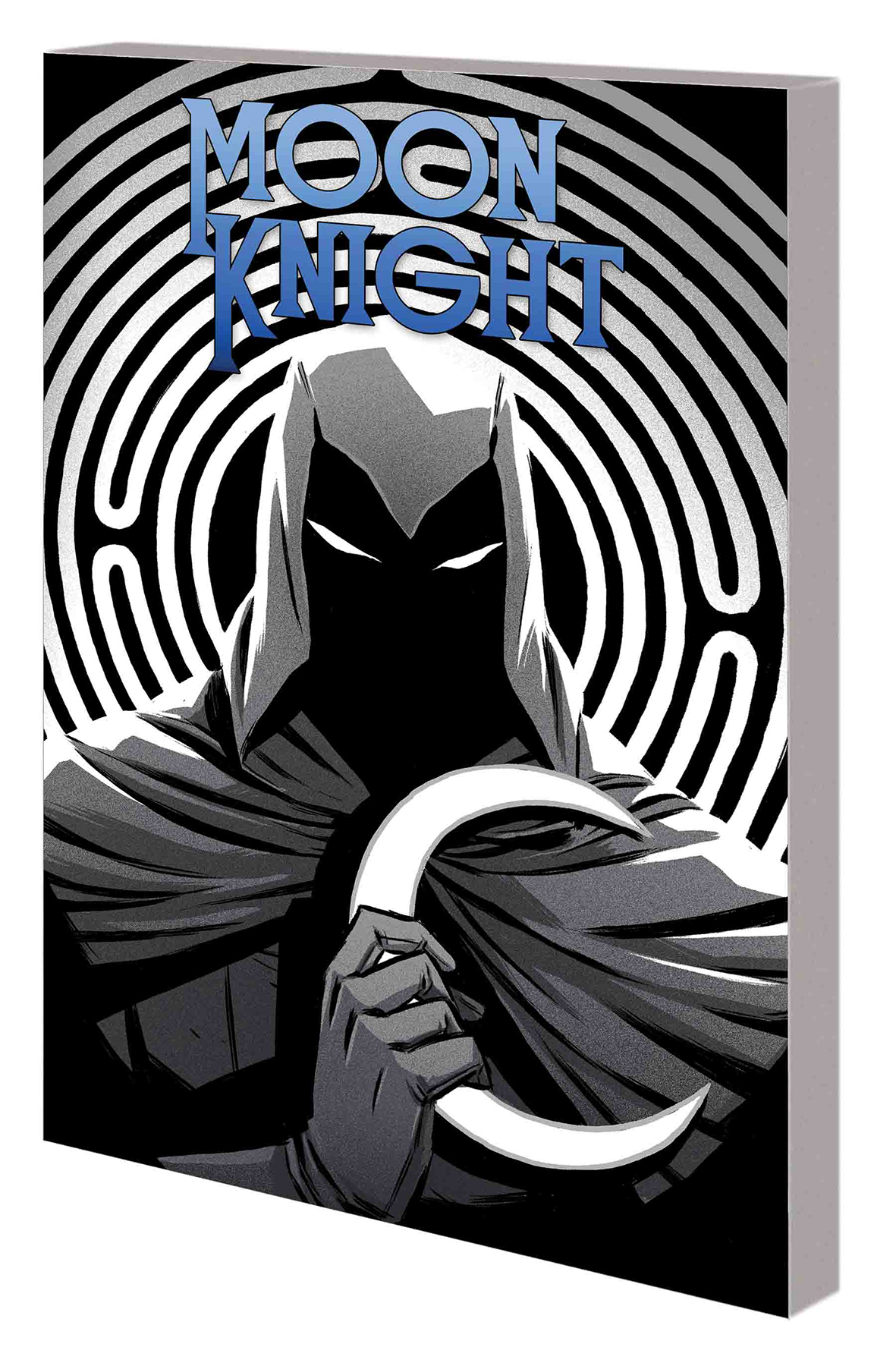 SEP181020
(W) Max Bemis (A) Ty Templeton, Paul Davidson, More (CA) Becky Cloonan
Marc Spector's true origin revealed! His multiple personalities stem from a traumatic event in his childhood - one that will soon shape Moon Knight's future! And even as Spector faces this internal crisis, he must take on his most disturbing foe yet - the multi-limbed amalgamation of bodies and brains called the Collective! Can Marc, Steven, Jake and Moon Knight avoid being subsumed into the creature's subconscious? And when a group of psychotic killers gather for a gruesome feast, will Moon Knight dish out their just desserts - or become the main course?! At the end of his rope, Marc takes a much-needed excursion...with his oldest enemy! Welcome to the nightmare-scape of Ra's domain...here be monsters! And as old enemies return, Moon Knight comes face-to-face with his demons in an oversized anniversary spectacular! Don't miss it! Collecting MOON KNIGHT (2017) #194-200.
Rated T+
In Shops: Dec 19, 2018
SRP: $19.99
View All Items In This Series