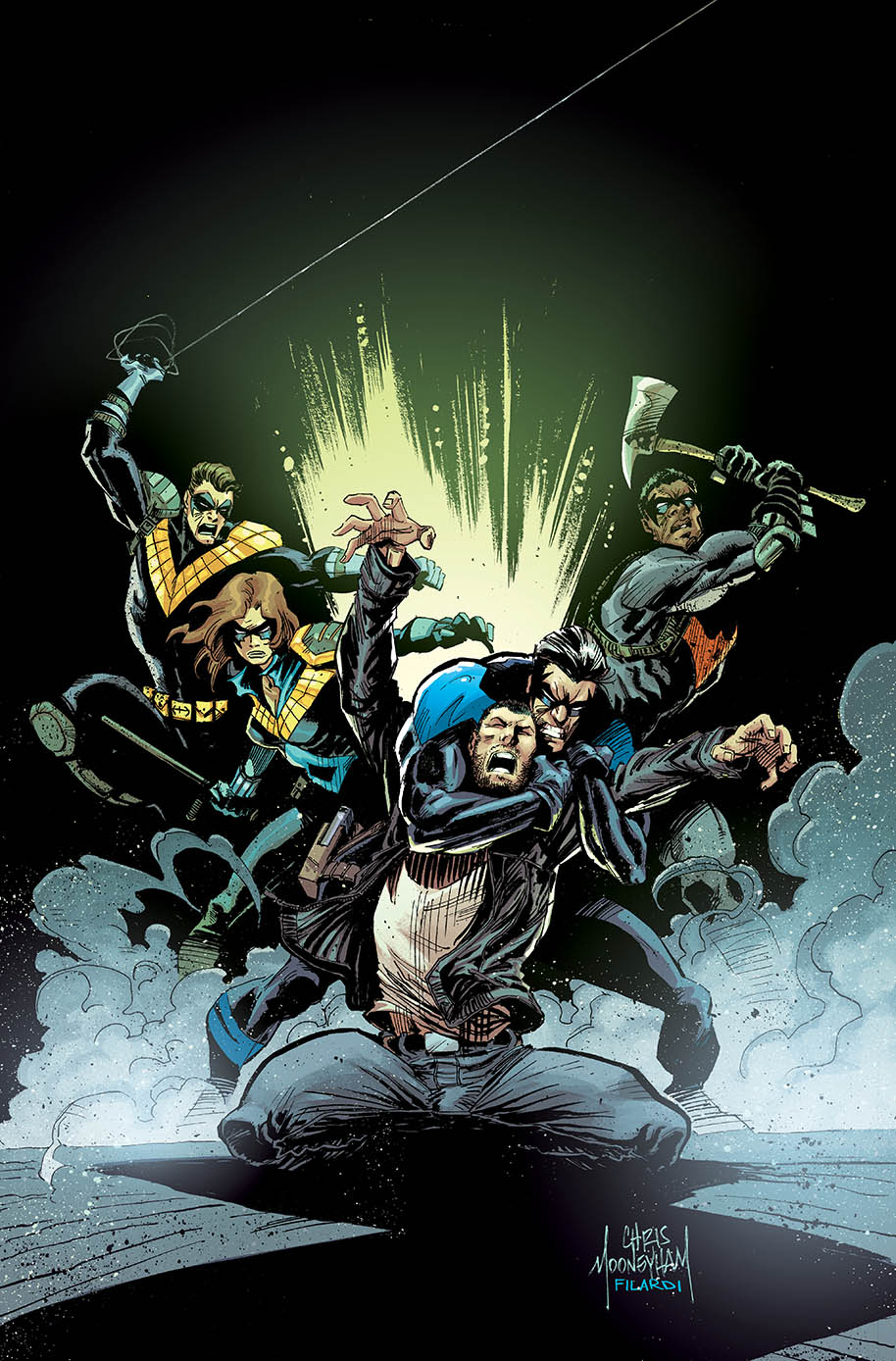 SEP180499
(W) Scott Lobdell, Fabian Nicieza (A) Travis Moore, Patrick Zircher (CA) Chris Mooneyham
Nightwing was shot in the head...and now, only Grayson remains, caught in the clutches of the Knight Terrors! As the group of vigilantes take on the persona and mantle of Nightwing, he is forced to ante up his hand when one of his close friends is murdered... Will he cast his lot with his old super hero friends to take down these rogues, or will he decide to embrace his "newfound" abilities and fight against those who have wronged him? The answer lies somewhere in the gray area, when an unexpected threat from Scarecrow changes the game.
In Shops: Nov 21, 2018
SRP: $3.99
View All Items In This Series