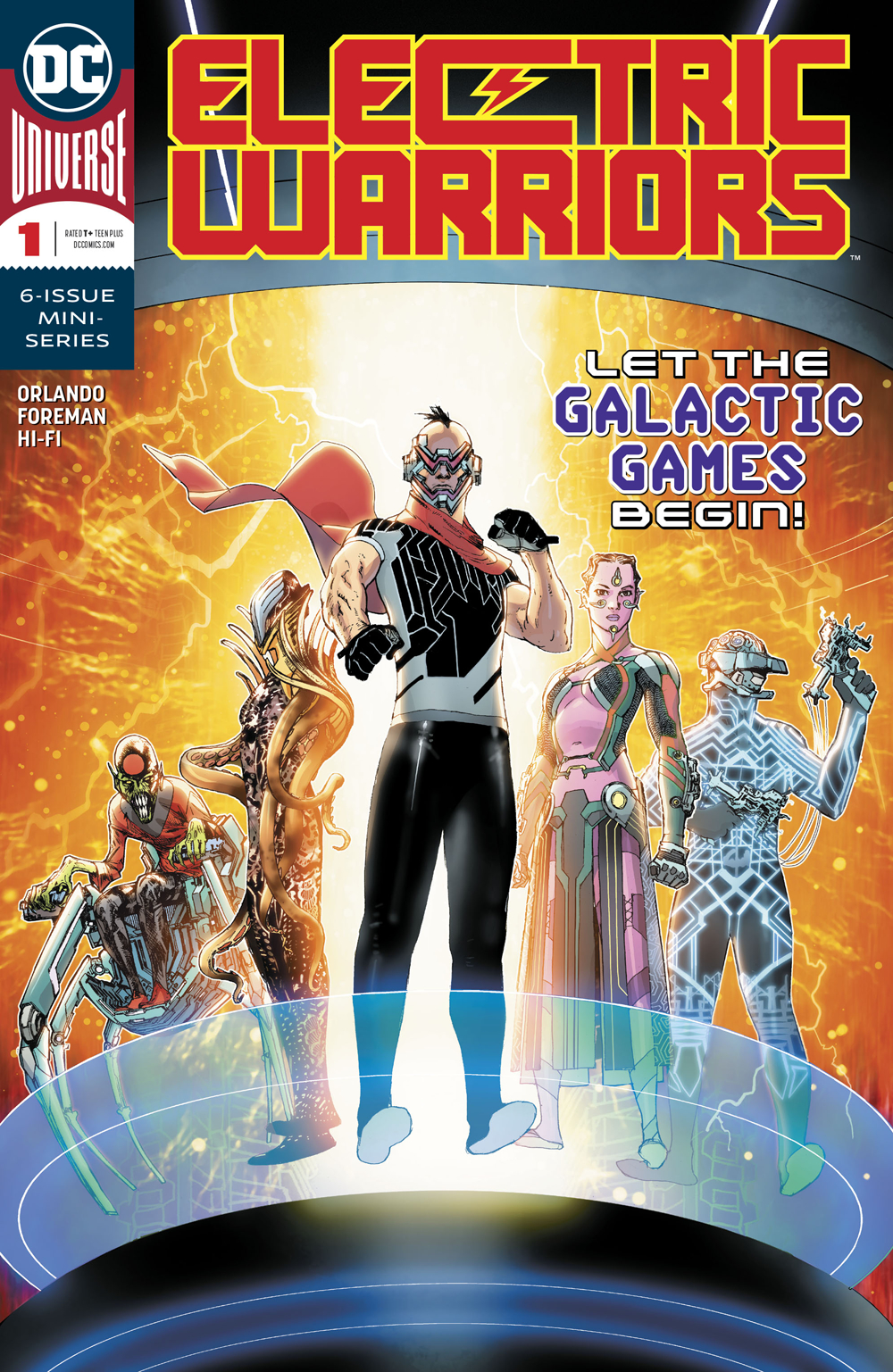 SEP180428
(W) Steve Orlando (A/CA) Travel Foreman
A new tale of the future DC Universe, set in a previously unexplored timeline-the Cosmic Dark Age!
Years after the Great Disaster, the Earth has started to rebuild and rejoin the universal coalition. In order to prevent a galactic war, different worlds throughout the known cosmos have created a new system of competitive combat to give each participating planet their own voice in the intergalactic struggle. Each world has one diplomatic gladiator, chosen to possess the Electric Seed and fight for their homeland as the Electric Warrior! Each fighter forsakes their personal life in the name of peace.
So what happens when Earth can't choose a single combatant and sends two instead? The bruiser War Cry represents the humans of Earth, while Deep Dweller, a shape-shifter from the Octopus Tribe, represents the animal kingdom. Can they maintain one common goal, or will they tear Earth's tenuous coexistence to shreds and destroy the rest of the universe with it? Oh, and War Cry also has a powerful relic from Earth's past: Superman's cape!
In Shops: Nov 14, 2018
SRP: $3.99
View All Items In This Series 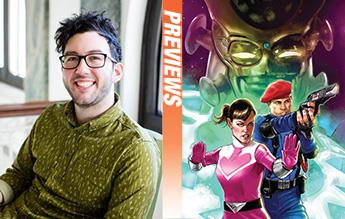