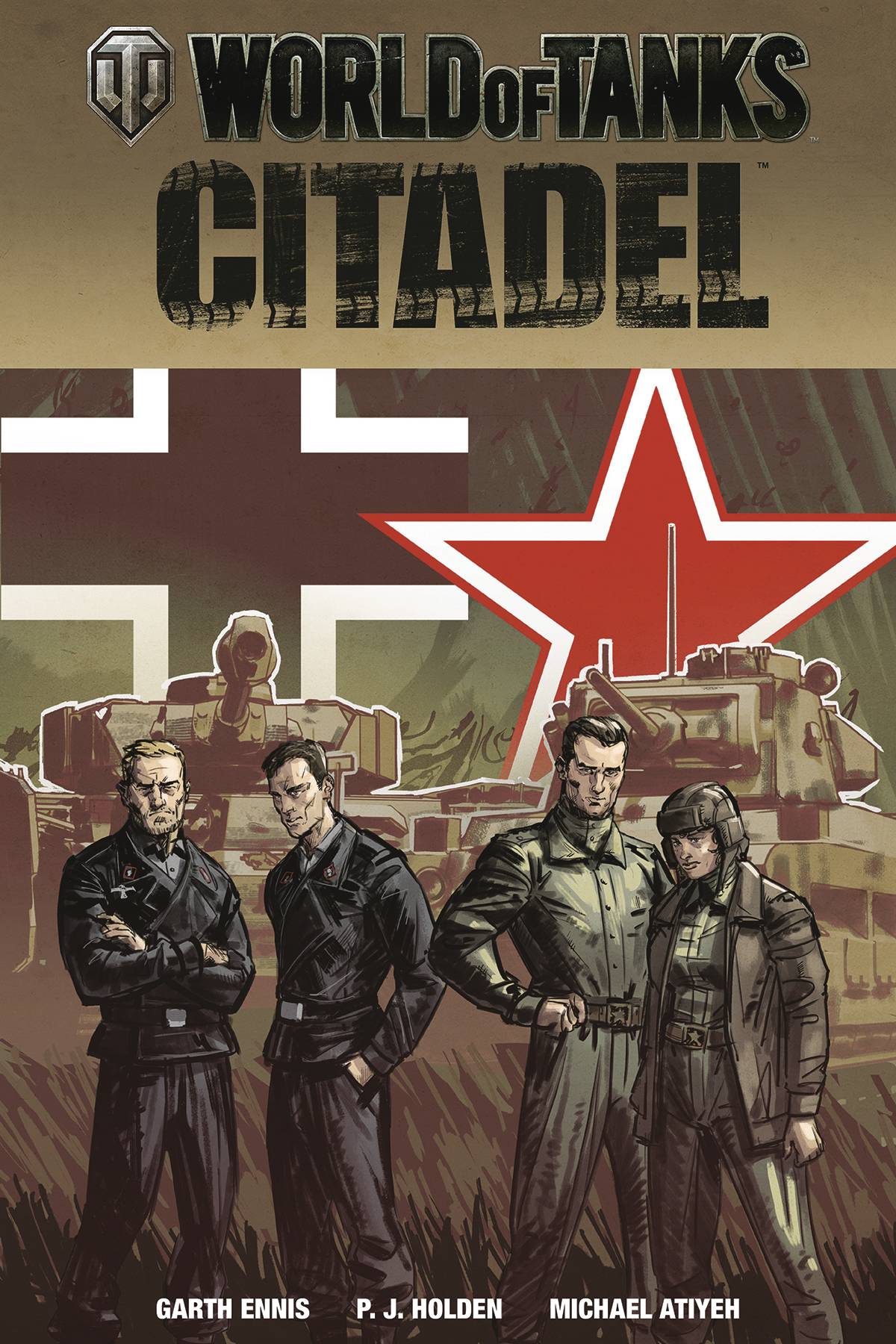 #
SEP180305
(W) Garth Ennis (A) P. J. Holden (CA) Isaac Hannaford
Garth Ennis and PJ Holden create another gritty war story inspired by the massively popular World of Tanks. During the mighty Battle of Kursk, a crew of Russian tankers find themselves at odds with the war, each other, and a German unit on the loose behind the Soviet lines. Collects issue #1-#5 of the miniseries.
In Shops: Jan 16, 2019
SRP: $16.99
ORDER WISH LIST