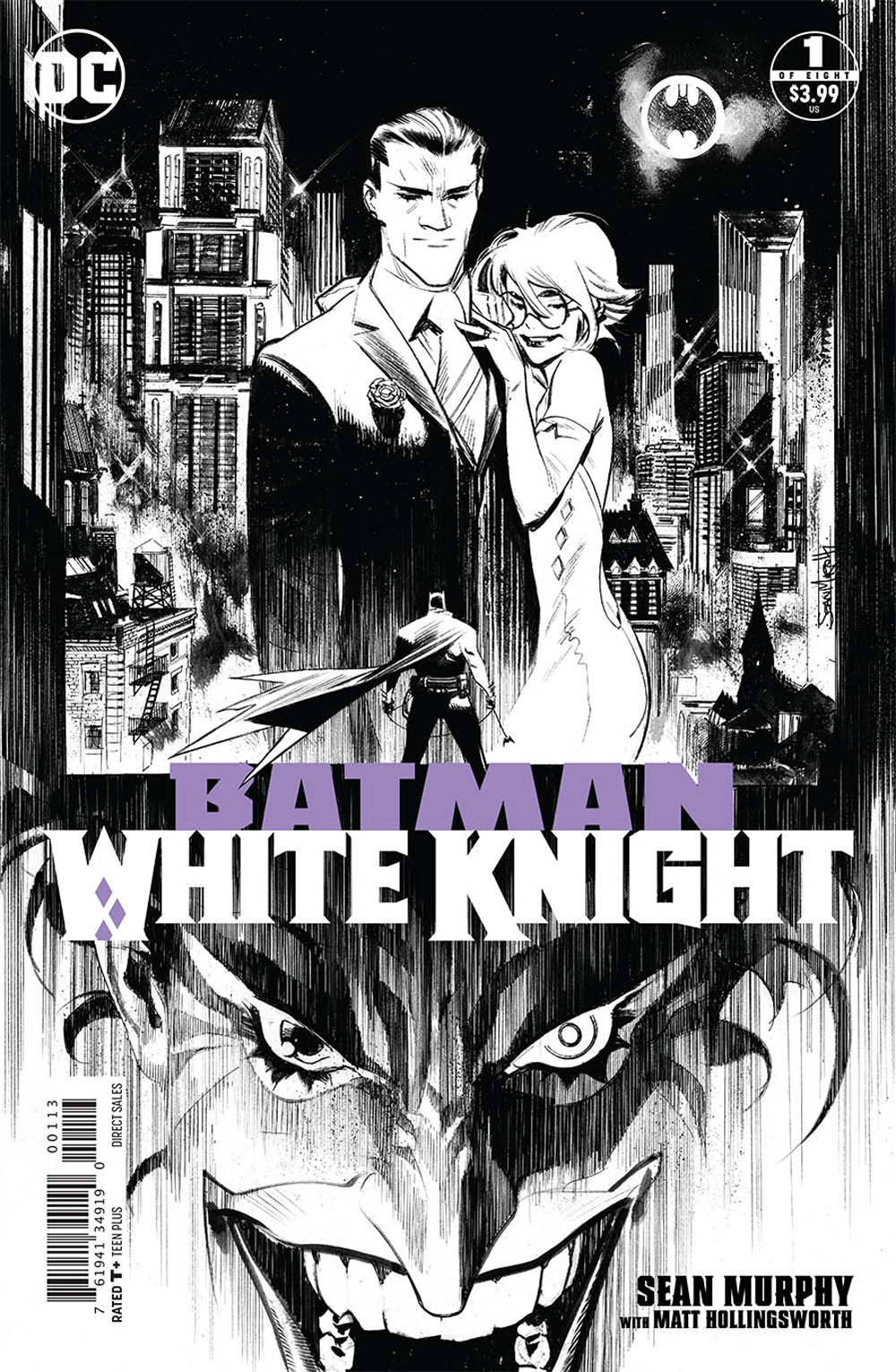 SEP178923
(W) Sean Murphy (A/CA) Sean Murphy
In a world where Batman has gone too far, The Joker must save Gotham City.
He's been called a maniac, a killer and the "Clown Prince of Crime" but "white knight"? Never. Until now...
Set in a world where the Joker is cured of his insanity and homicidal tendencies, The Joker, now known as "Jack," sets about trying to right his wrongs. First he plans to reconcile with Harley Quinn, and then he'll try to save the city from the one person who he thinks is truly Gotham City's greatest villain: Batman!
Superstar writer and artist Sean Murphy (PUNK ROCK JESUS, THE WAKE) presents a seven-issue miniseries of a twisted Gotham City with a massive cast of heroes and villains that, at its heart, is a tragic story of a hero and a villain: Batman and The Joker. But which is the hero-and which the villain?
RATED T+
In Shops: Dec 06, 2017
SRP: $3.99
View All Items In This Series