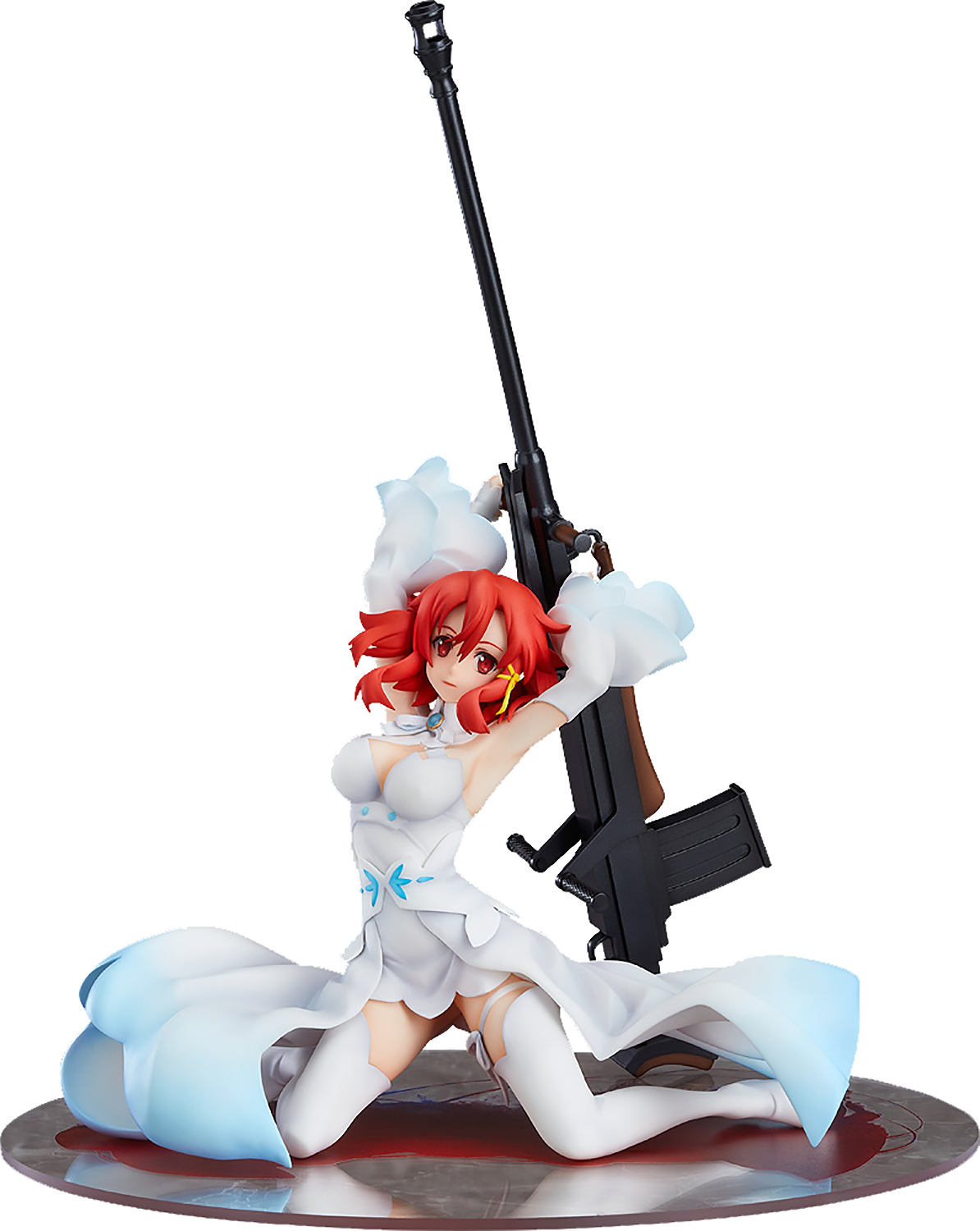 SEP178672
From Good Smile. From the popular anime series Izetta: The Last Witch comes a 1/7th scale figure of the White Witch of Eylstadt, Izetta! The figure is based on an original illustration by character designer BUNBUN that was specially drawn to be transformed into a figure! Her curved back and tight outfit ensure that the beautiful curves of her body have been captured on the figure, and the sleeves and skirt of her outfit have a sculpt that captures the light and airy feeling of the fabric as it spreads outward. She holds the Izetta Custom Anti-Tank Rifle behind her, which towers over her in size showing how large the weapon is even in 1/7-scale size! Her vivid red eyes and hair stand out against her white outfit beautifully.