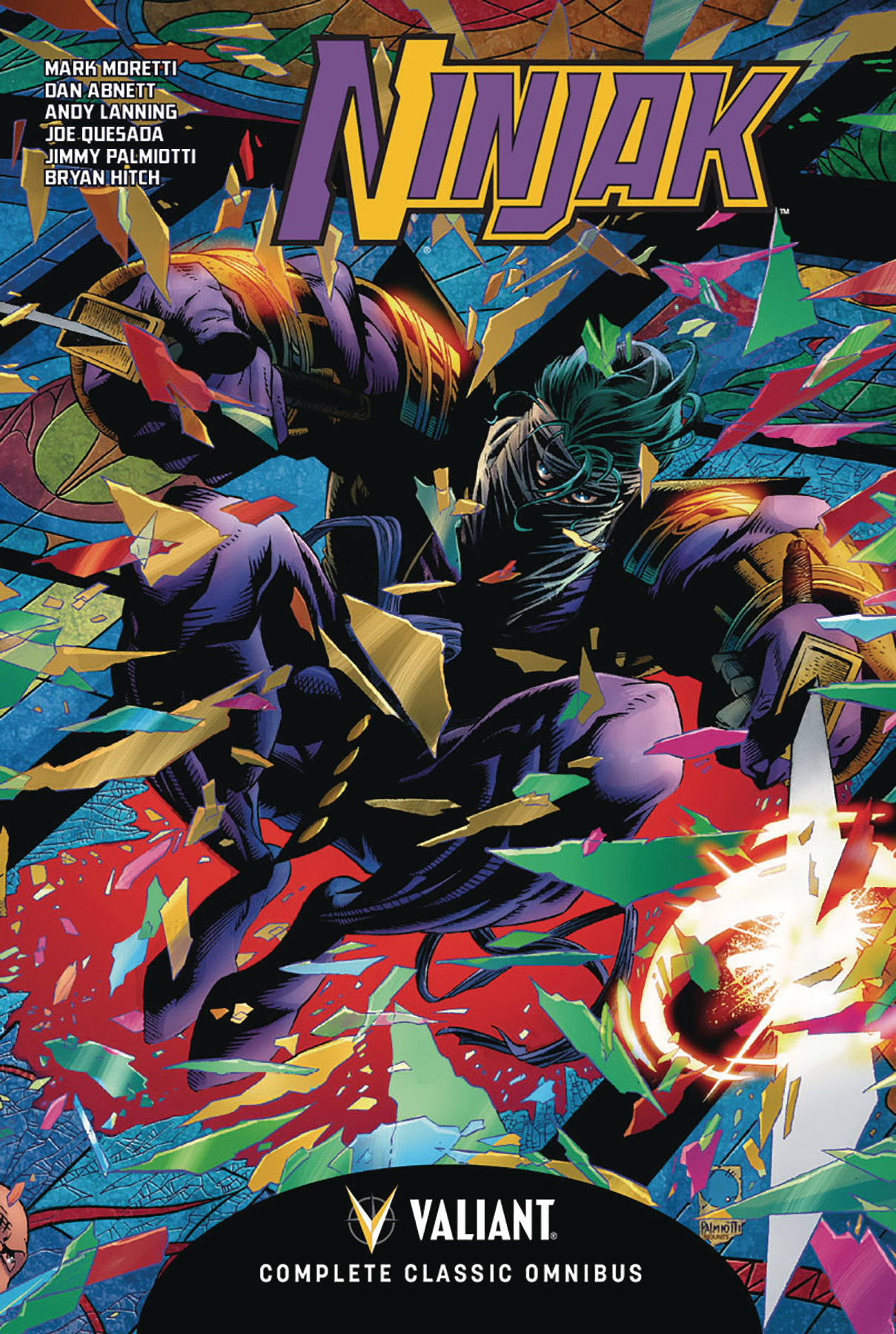 SEP172048
(W) Mark Moretti, Dan Abnett, Kevin VanHook, Andy Lanning (A) Bryan Hitch, Bryan Hitch, Yvel Guichet, Kathryn Bolinger (A/CA) Joe Quesada, Jimmy Palmiotti
From his deadly debut in the pages of BLOODSHOT all the way to his final mission, it's the complete classic adventures of Valiant's sophisticated superspy - collected together for the very first time! Acclaimed writers Mark Moretti (ETERNAL WARRIOR), Dan Abnett and Andy Lanning (Guardians of the Galaxy) are joined by legendary artists Joe Quesada (Daredevil) and Bryan Hitch (The Authority), along with an all-star cast of Valiant's finest for an oversized, omnibus hardcover of the best-selling super-spy series of the 1990s.
Colin King - sophisticated British playboy by day, elite super-spy by night! Codenamed Ninjak, King is gifted with a brilliant mind and lethal training in the world's most dangerous fighting techniques. Both will be put to the ultimate test as he is drawn into a globe-spanning mission to bring down a cavalcade of covert agents and criminal cartels, including his greatest nemesis - the Webnet terror network and its villainous mastermind, Dr. Silk! From the British Isles to the land of the
Rising Sun, Ninjak is about to leave an indelible imprint on the Valiant Universe - or die trying.