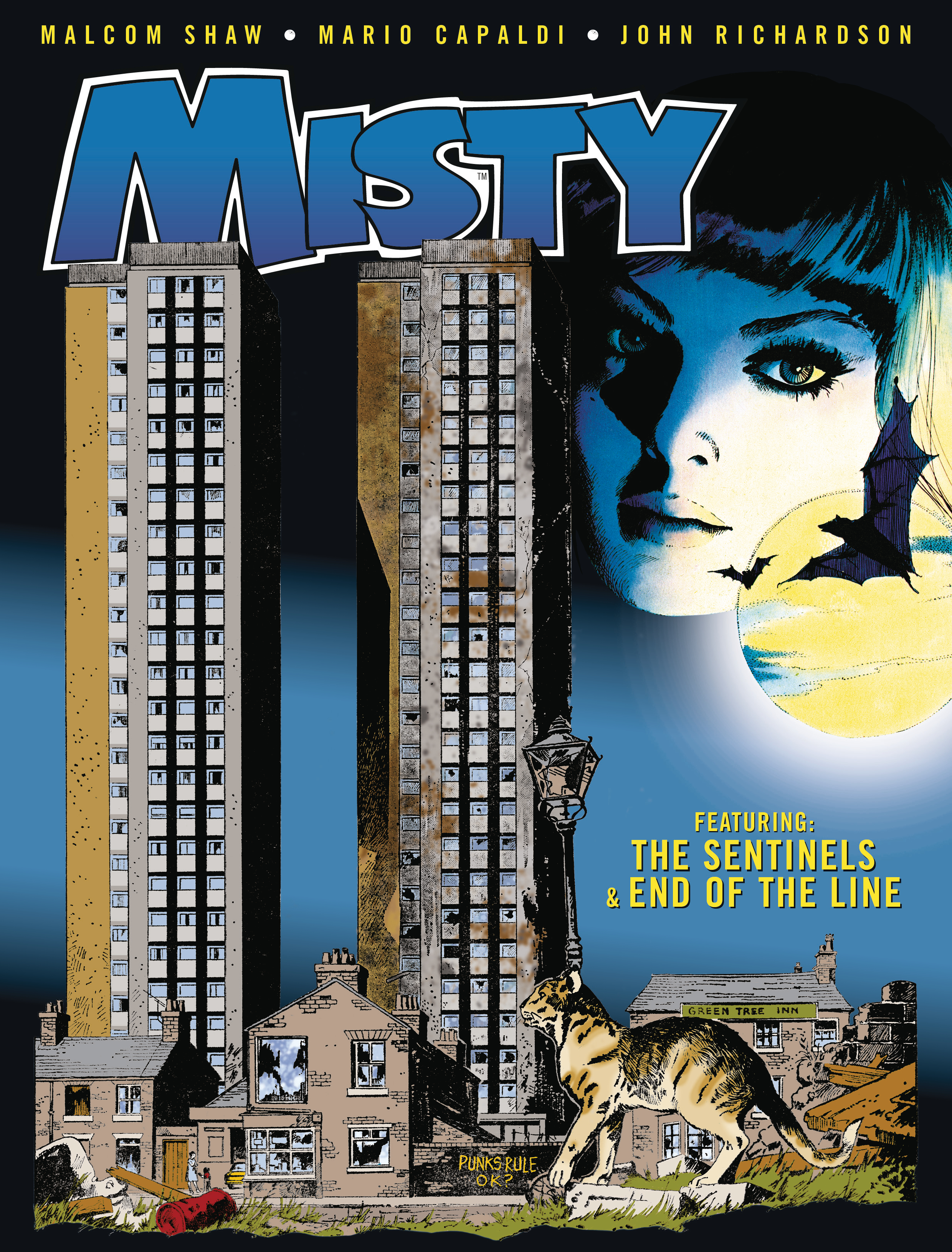 SEP171851
(W) Malcolm Shaw (A) Peter Capaldi, John Richardson
Misty was a revolutionary concept by 2000 AD's creator Pat Mills in 1978 and left its mark on a whole generation of young women. The two identical tower blocks, known as "The Sentinels" to the locals, stand tall over the town of Birdwood, but only one is occupied while the other remains mysteriously empty. When Jan Richards' family lose their home they decide to hide out in the abandoned block so they can stay together, only to be sent into a parallel world where the Nazis conquered Britain in 1940. In End of the Line, Ann's father was one of a group of engineers believed to have been killed while working on an extension to the London Underground, but when she and her mother are invited to the opening of the new train tunnel, Ann discovers a mysterious time portal through which several workers are being kept as slaves by an evil Victorian called Lord Vicary.