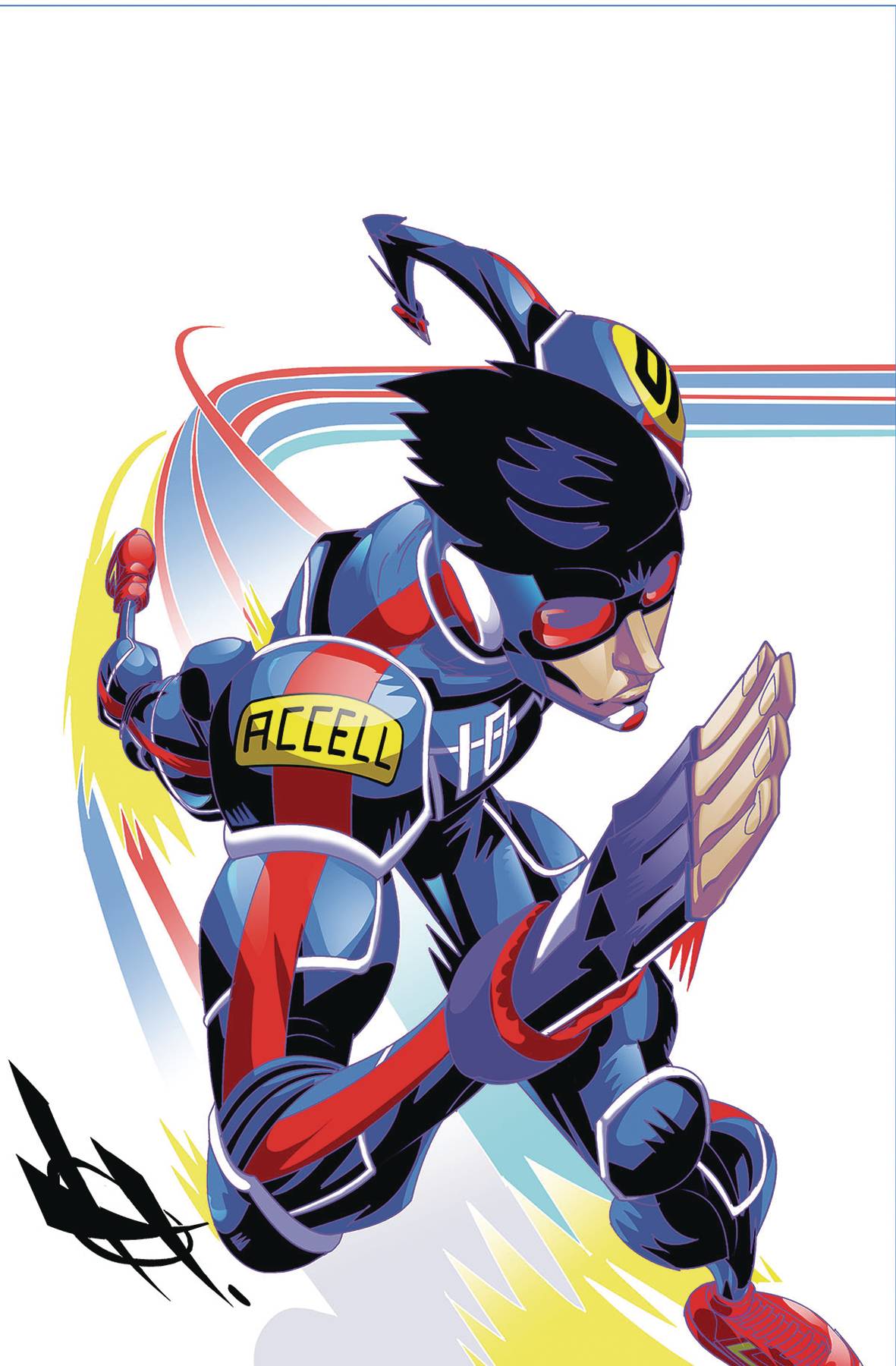 #
SEP171760
(W) Joe Casey, Christopher Priest (A) Marco Turini, Will Rosado, Robert Campanella (A/CA) Damion Scott
Daniel DosSantos is a young man living at the speed of life, with his job, girlfriend, and video games. After gaining powers from exposure to an extraterrestrial object, DosSantos becomes the rapid-action superhero called Accell, the first of a new public kind of crime fighter and bad guy smasher. Unfortunately, there are consequences to moving faster than sound. Every time Accell uses his super speed powers, the results of super speed activity on his body come back in the form of massive muscle-tearing and bone-shattering internal damage . . . and that's the least of his worries. The father of Accell's girlfriend wants him dead and is sending one mercenary after another to kill the young speedster. In the aftermath of a battle, Accell tries to test the limits of his power and finds out the true nature of traveling at super speed, and the other dimension beyond and parallel to our own. The return from that harrowing experience makes Accell reevaluate everything. The way he's living without responsibility, without serious thought, without knowing his purpose. Daniel is starting to run on the road of maturation, as pushing his own limits forces him to consider things greater than himself. Danger exists on the flip side of having superpowers, and sometimes you have to grow up quickly to survive.
In Shops: Nov 08, 2017
SRP: $14.99
View All Items In This Series