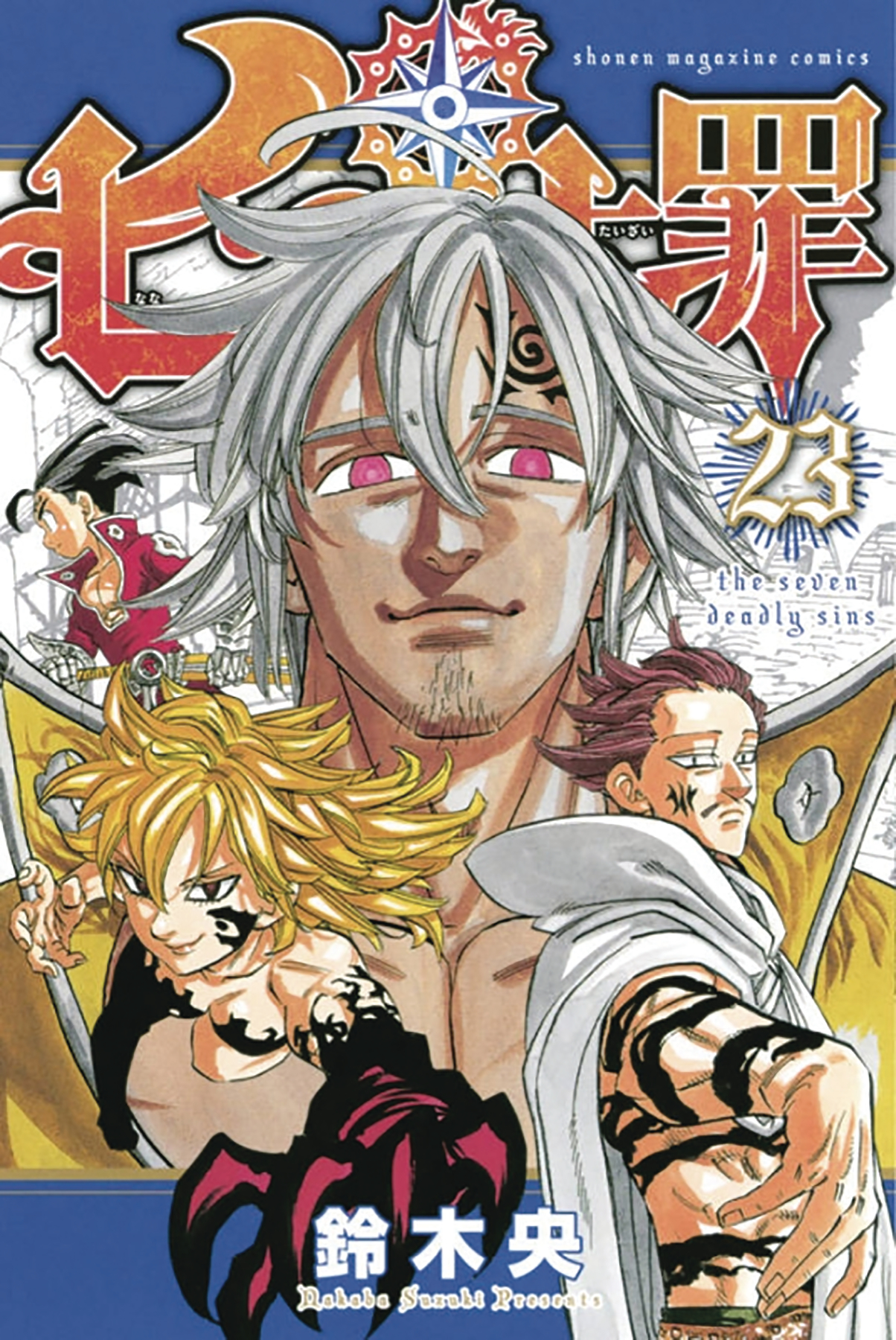 SEP171739
(W) Nakaba Suzuki (A/CA) Nakaba Suzuki
The epic journey of sorcery and swordplay that inspired the hit Netflix anime continues! Welcome to the land of Britannia, a picturesque country ruled by the benevolent King Lyonnesse - or at least it was, until the king's guard assassinated him and started a full-blown Holy War! Now the king's only daughter Elizabeth must seek the aid of the dreaded warriors the Seven Deadly Sins. Wrongly framed and sent into exile, they're now the princess's only hope to free the kingdom from the grip of the villainous Holy Knights!
In Shops: Nov 15, 2017
SRP: $10.99
View All Items In This Series