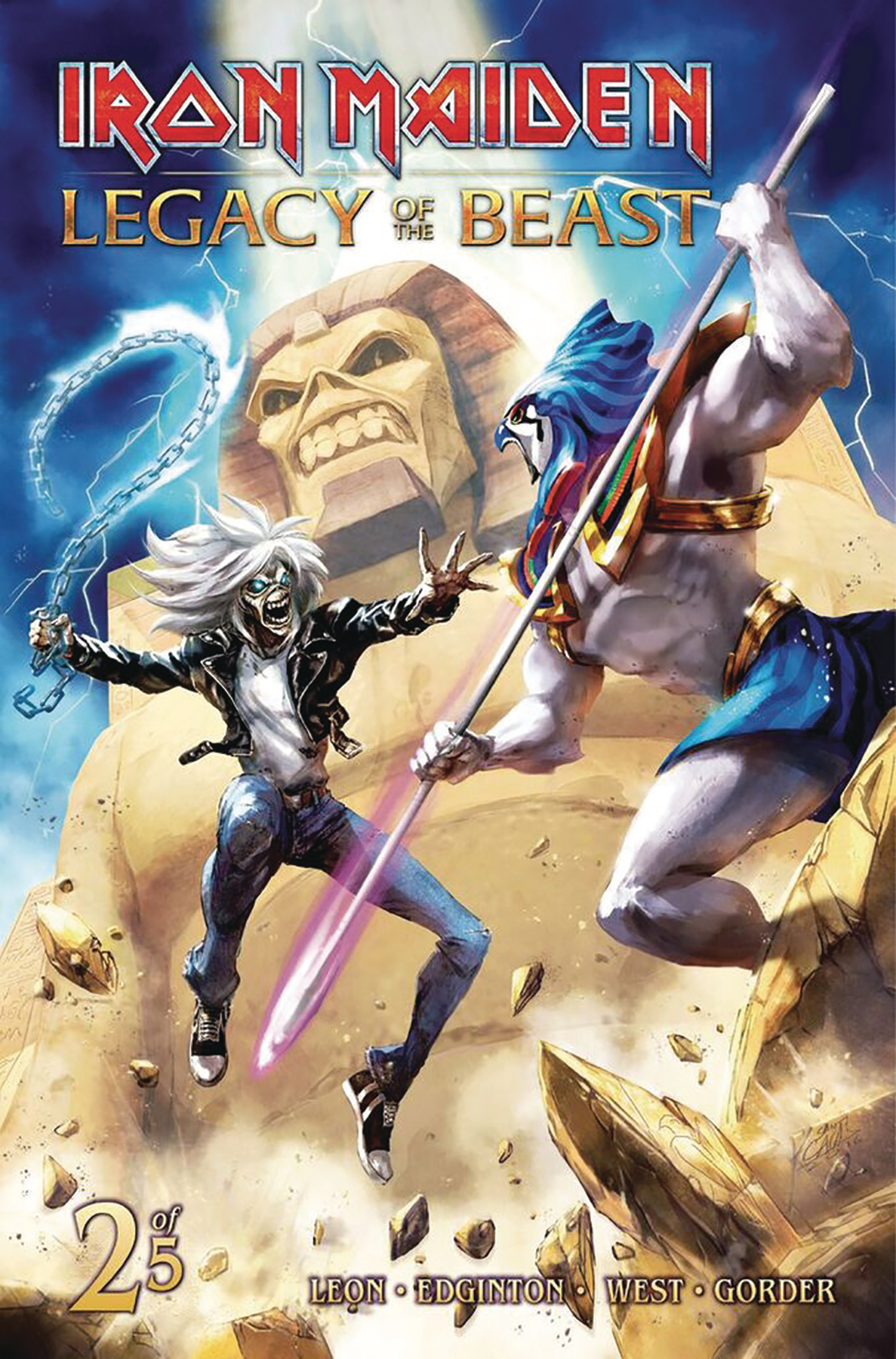 SEP171680
(W) Llexi Leon, Ed Edginton (A) Kevin West (CA) Santi Casas
After dark forces conspired to corrupt the fabric of reality, Eddie's immortal soul is shattered and strewn across the cosmos - this issue leaving him in a Powerslave Egyptian world! The first official Iron Maiden comic series, based on the band's hit mobile role-playing game - Iron Maiden: Legacy of the Beast - in which players battle as Eddie across the many worlds of Iron Maiden's discography, from the ancient sands of Powerslave to the far future of the Final Frontier. Available in three cover versions.
In Shops: Dec 06, 2017
SRP: $3.99
View All Items In This Series
ORDER WISH LIST