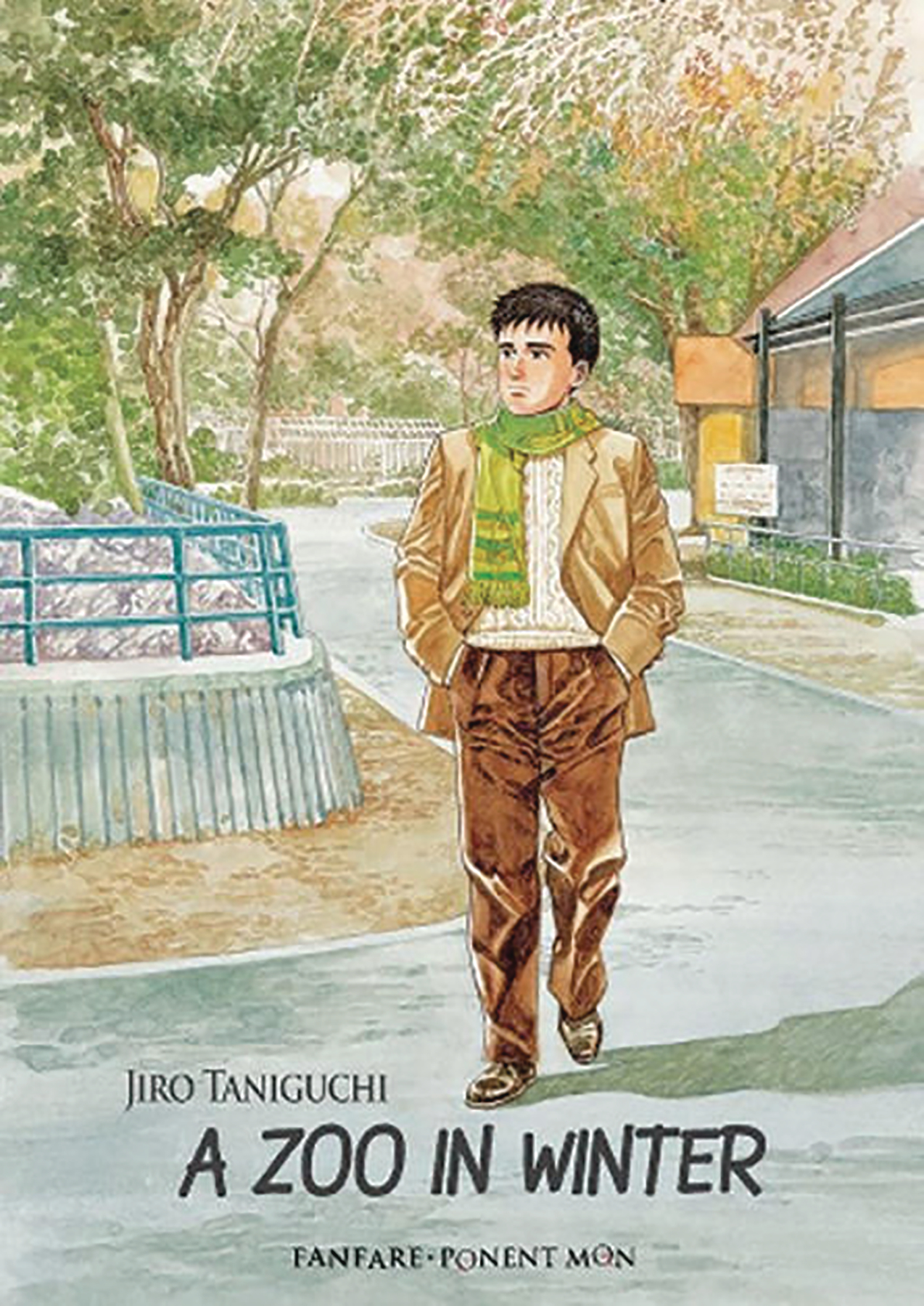 SEP171618
(W) Jiro Taniguchi (A/CA) Jiro Taniguchi
Ky to, 1966. Young Hamaguchi works for a textile manufacturer while dreaming of becoming an artist, until an incident at the zoo forces his hand. Invited to T ky by an old school friend, Hamagushi interviews at the studios of the famous mangaka, Shiro Kond , where he discovers the long hours of meeting deadlines along with the nightlife of the capital. Multi Eisner-nominee Taniguchi recalls his beginnings in manga and his youth spent in T ky in the 60's in an account of his apprenticeship where all the finesse and elegance of the creator are united to illustrate those first emotions of adulthood.
In Shops: Dec 13, 2017
SRP: $23.00