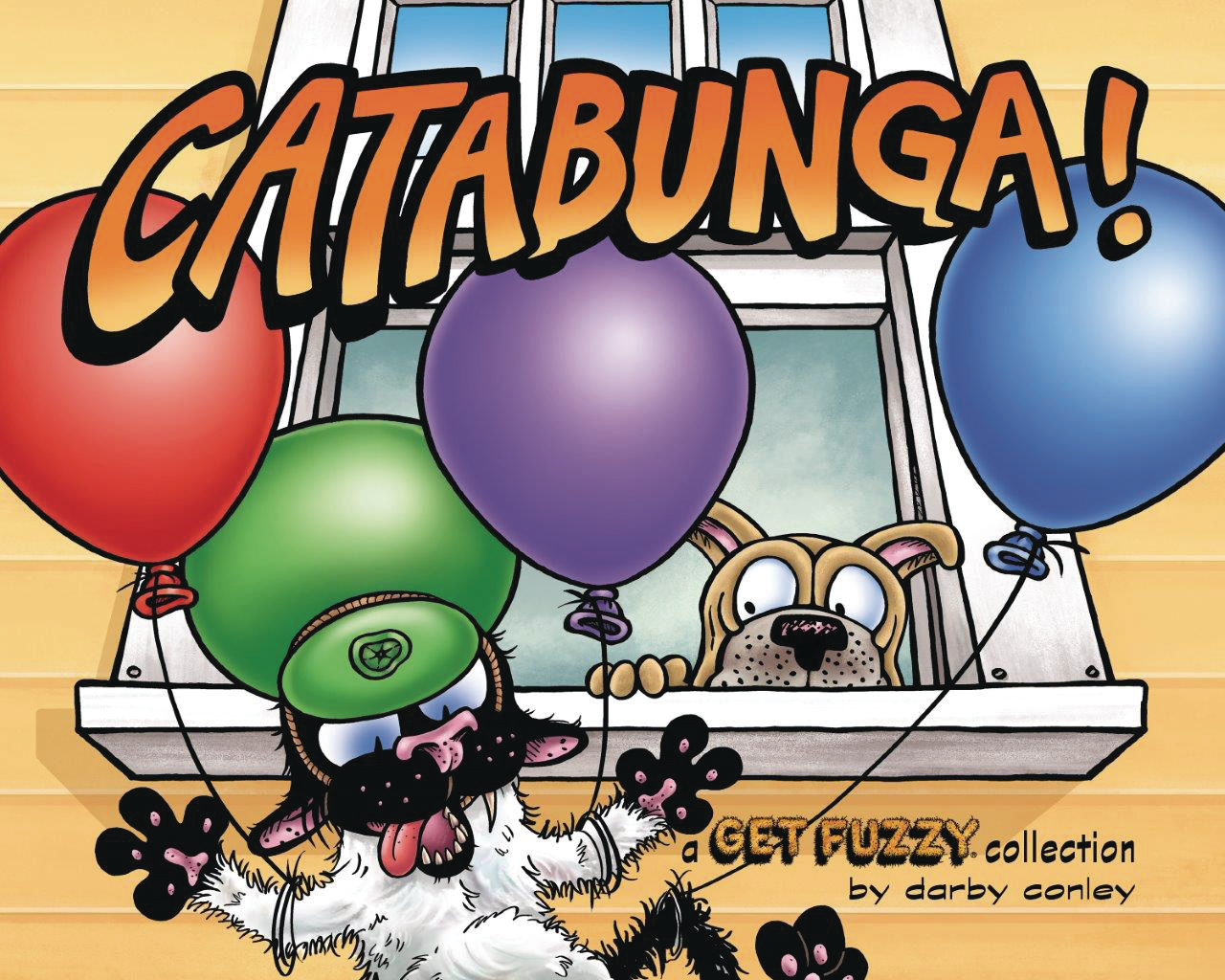 SEP171155
(W) Darby Conley (A/CA) Darby Conley
Our tough-as-nails crew has been assembled. Bucky Katt has a plan to take out the ferrets next door, and it will require all of his powers of disguise and stealth to get the job done. Satchel Pooch is going on the offense and channeling his inner assault-broccoli to defeat the vegetables before they defeat him. And Rob, the unofficial peacekeeper, is left to clean up the aftermath before the whole thing becomes an international incident. Packed with intrigue, covert aggression, and domestic warfare, Catabunga! is an all-out battle of wit and words that's not to be missed.
In Shops: Nov 15, 2017
SRP: $18.99