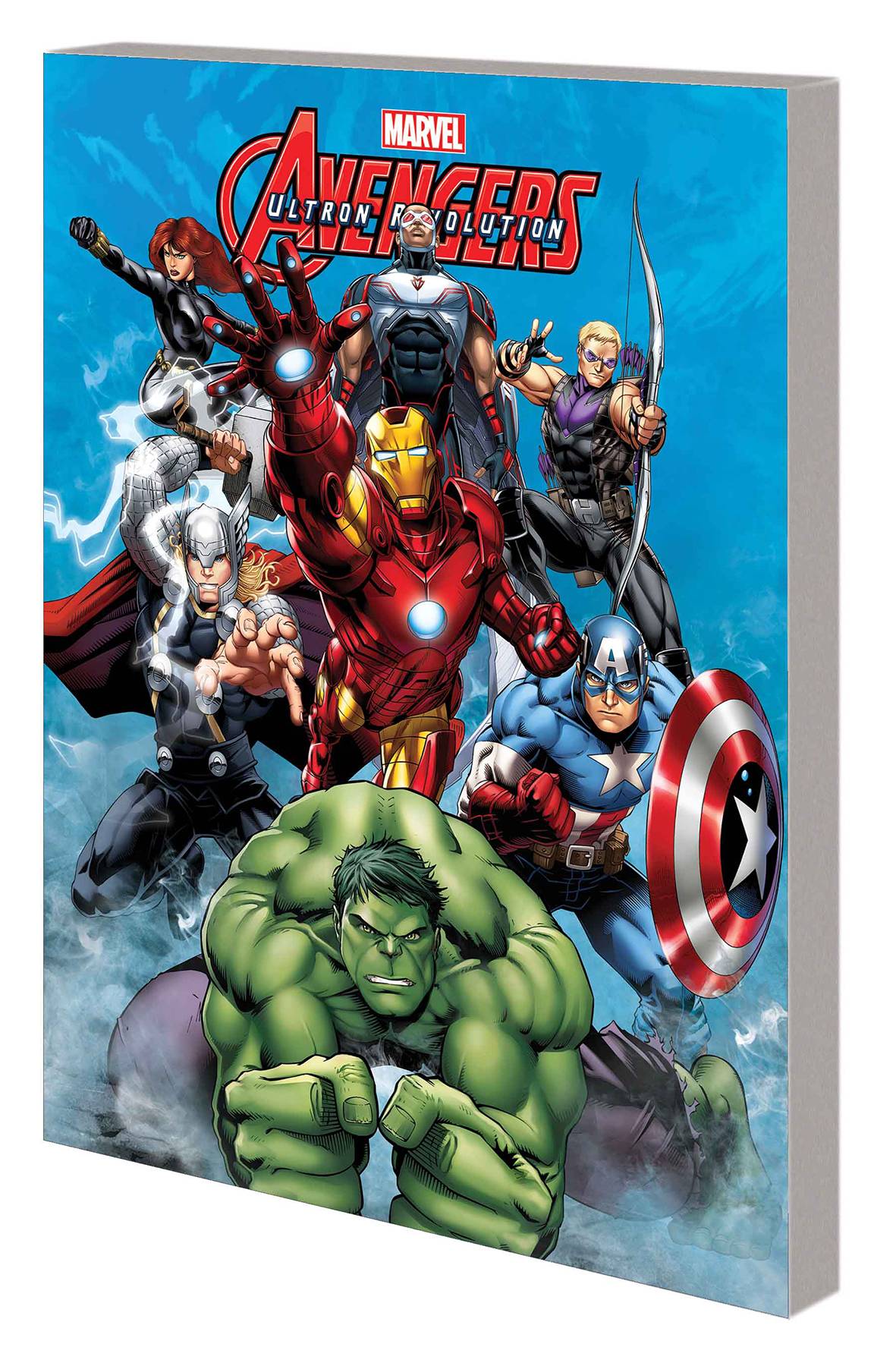 #
SEP171022
(W) Joe Caramagna
Featuring screen-capture images from MARVEL'S AVENGERS: ULTRON REVOLUTION!
The Avengers take on the Inhumans! When several townspeople mysteriously transform into primitive beings, Earth's Mightiest Heroes find themselves at odds with this uncanny super-powered group! Can the Avengers do the right thing in the face of conflict? Or will tensions boil over into an all-out battle? You know you're hoping for option B! Then, a new Inhuman called the Ghost sets his thieving sights on the Avenger's A.I. sidekick, Friday! Cap and Iron Man must reach out for help from Goliath, Inferno and...Ms. Marvel! And it's the Avengers in space when the team joins Captain Marvel in an all-out fight to save Earth! Collecting MARVEL UNIVERSE AVENGERS: ULTRON REVOLUTION #9-12.
All Ages
In Shops: Dec 06, 2017
SRP: $9.99
View All Items In This Series
ORDER WISH LIST