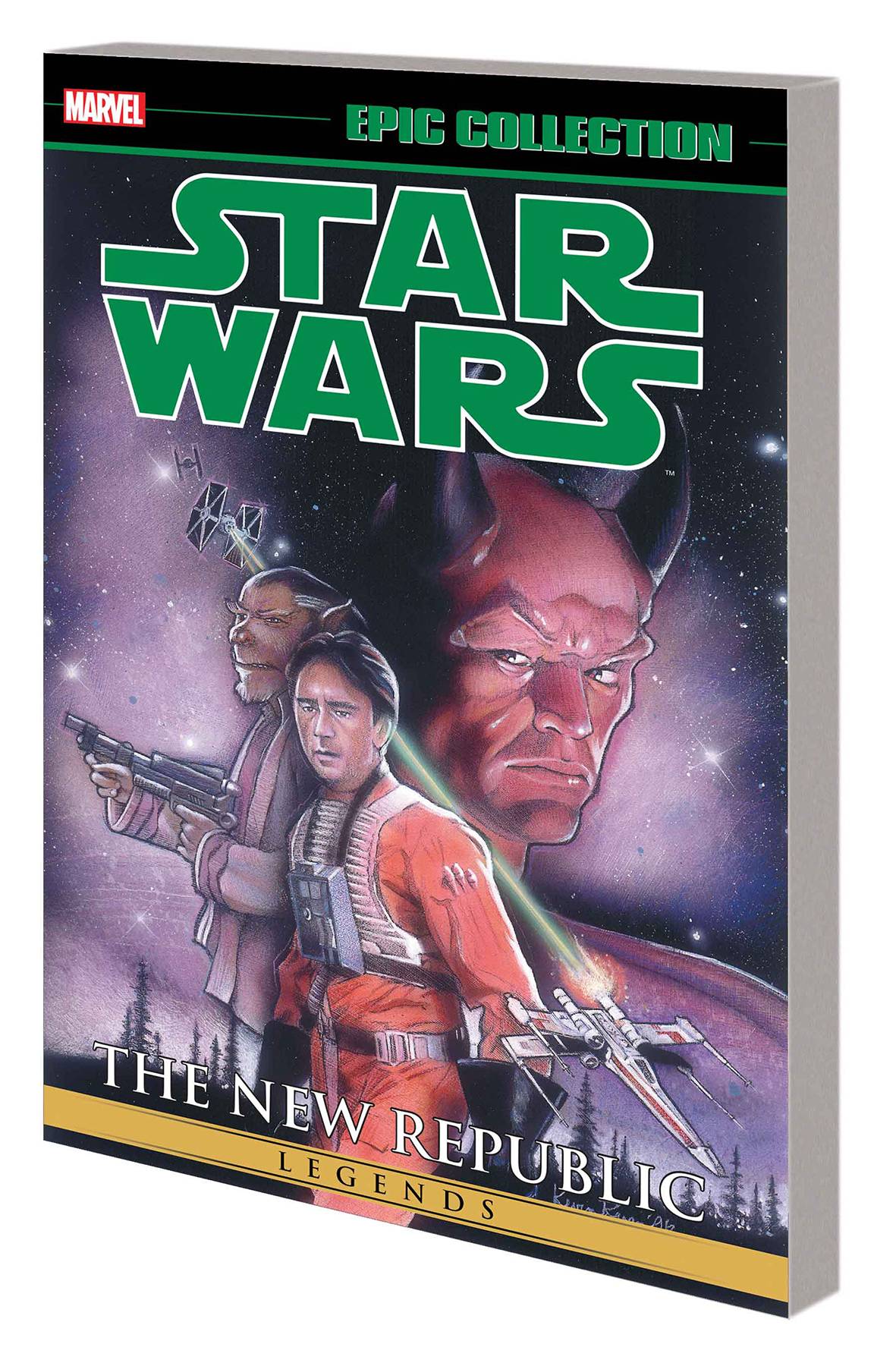 #
SEP171018
(W) Michael A. Stackpole, Jan Strnad (A) Gary Erskine, John Nadeau, Steve Crespo, Jim Hall, Drew Johnson (CA) Kevin Ryan
Wedge Antilles leads the Rogue Squadron into action and adventure! It begins with what should be a straightforward mission - but will a simple search and rescue end with a requiem for a Rogue? Then, meet the Empire's answer to Wedge and his elite band of X-wing pilots: Baron Fel, Imperial flying ace! And his wingmen are more than a match for anyone! Will Fel be Rogue Squadron's downfall - or could he be much more? Our heroes will face pirates, the vindictive Iceheart and an Imperial Star Destroyer! But their deadliest mission of all awaits: If the New Republic is to take hold of Imperial Center and turn the tide of war, Rogue Squadron must rescue former would-be Emperor Sate Pestage - the only trouble is, he's wanted by the Empire for high treason! Collecting STAR WARS: X-WING ROGUE SQUADRON #17-35.
Rated T
In Shops: Dec 06, 2017
SRP: $39.99
View All Items In This Series