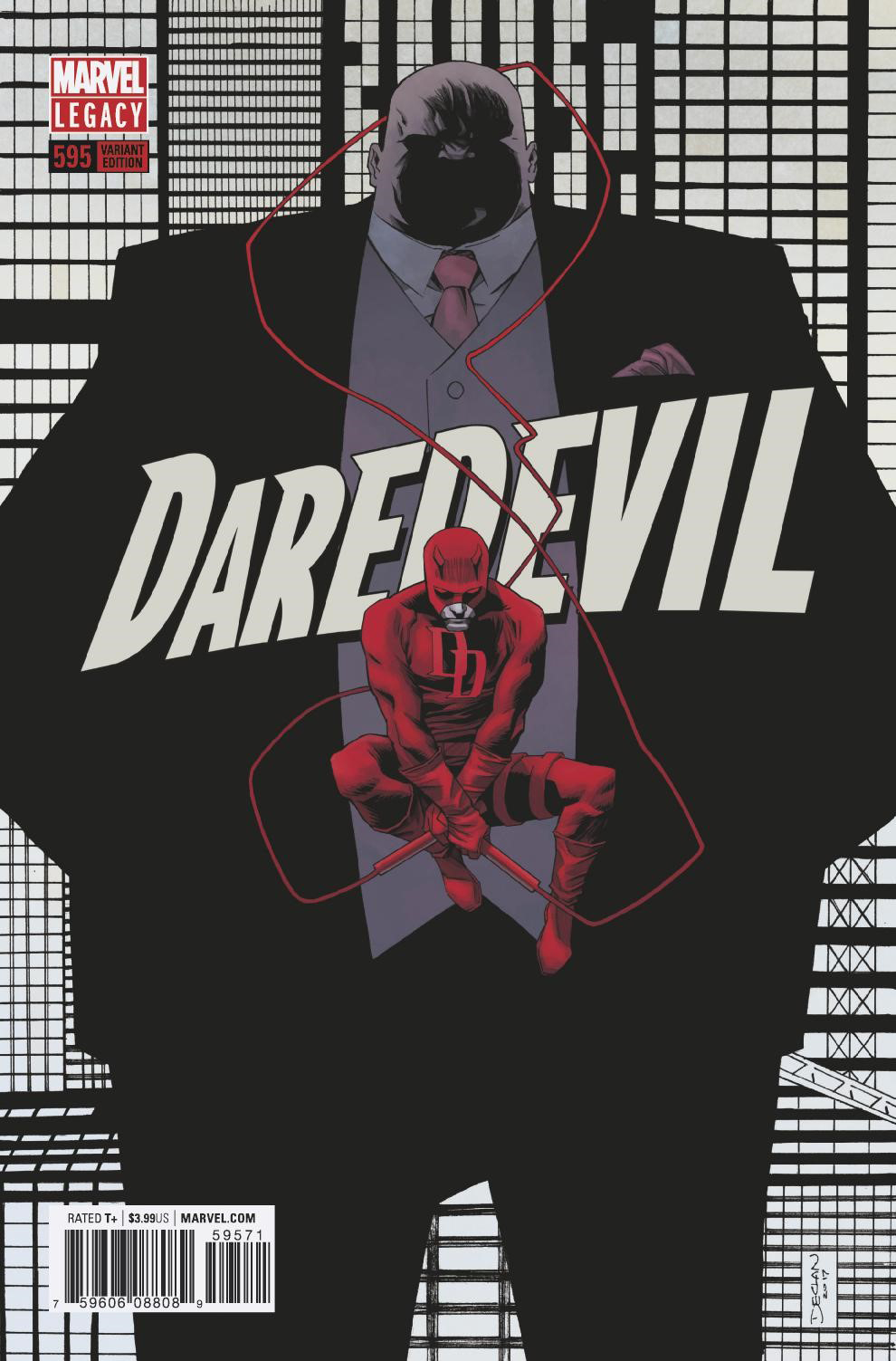 SEP170836
(W) Charles Soule (A) Stefano Landini (CA) Declan Shalvey
MAYOR FISK  Part 1
New York City has fallen to Wilson Fisk, the Kingpin - Daredevil's greatest and deadliest adversary. Matt Murdock has the law and he has his superhuman abilities - but Fisk has an entire city on his side. What can one man do? If he's Daredevil, he can FIGHT. PLUS: Includes 3 bonus MARVEL PRIMER PAGES!
Rated T+
In Shops: Nov 08, 2017
SRP: $3.99
View All Items In This Series