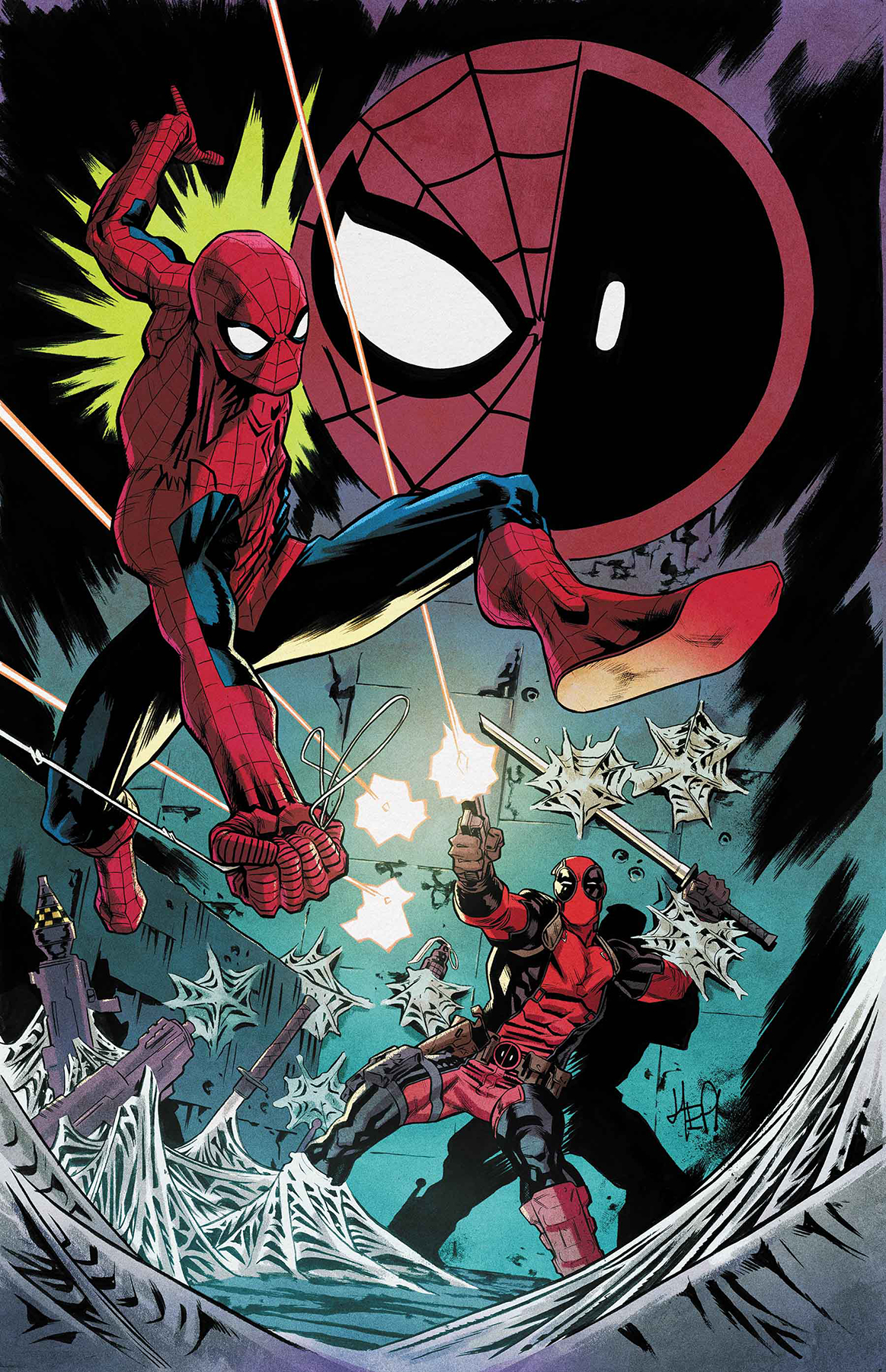 SEP170816
(W) Robbie Thompson (A) Chris Bachalo (CA) Scott Hepburn
SPIDER-MAN VERSUS DEADPOOL  Part 1
When Spider-Man learns that Deadpool is selling SHIELD tech on the black market it's the last straw. Bromance? OVER. It's time to hunt Deadpool! The two biggest characters in comics are facing off and it's going to take them all over the Marvel Universe, no holds barred. As you can see from this cover, Deadpool's even willing to use his laser-sharks. And it will all lead to the biggest Spider-Man/Deadpool story of ALL TIME! PLUS: Includes 3 bonus MARVEL PRIMER PAGES!
Rated T+
In Shops: Nov 08, 2017
SRP: $3.99
View All Items In This Series