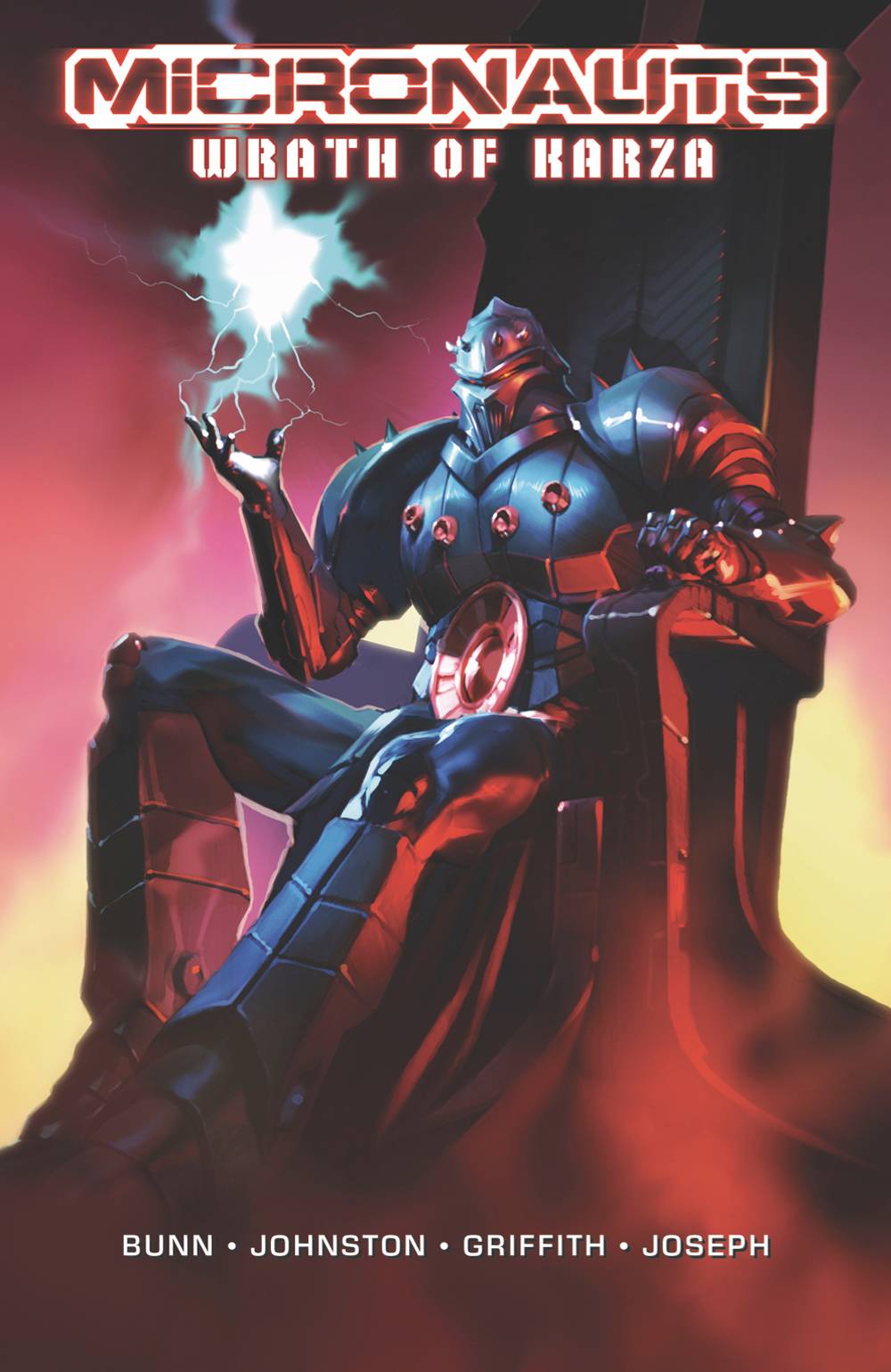 #
SEP170558
(W) Cullen Bunn, Jimmy Johnston (A) Andrew Griffith, Ron Joseph (CA) Alex Ronald
The action continues in the Hasbro Universe as the villainous Baron Karza sets his sights on new worlds! As one universe dies, another is invaded! Microspace-the home of the Micronauts-is collapsing. But Baron Karza has discovered a new universe in which the people of Microspace would thrive, a universe in which he would rule! The first world to be conquered is Earth, and the first enemies to be targeted are the TRANSFORMERS, G.I. JOE, M.A.S.K., and ROM!
In Shops: Dec 06, 2017
SRP: $17.99